To try and make the Protocols ‘Class Reunion’ picture slightly more interesting I decided to have everybody to shout at me so there would be more of a dynamic in the image. And it seemed to work as people really got into the spirit of it and it loosened up a lot of the attendees. 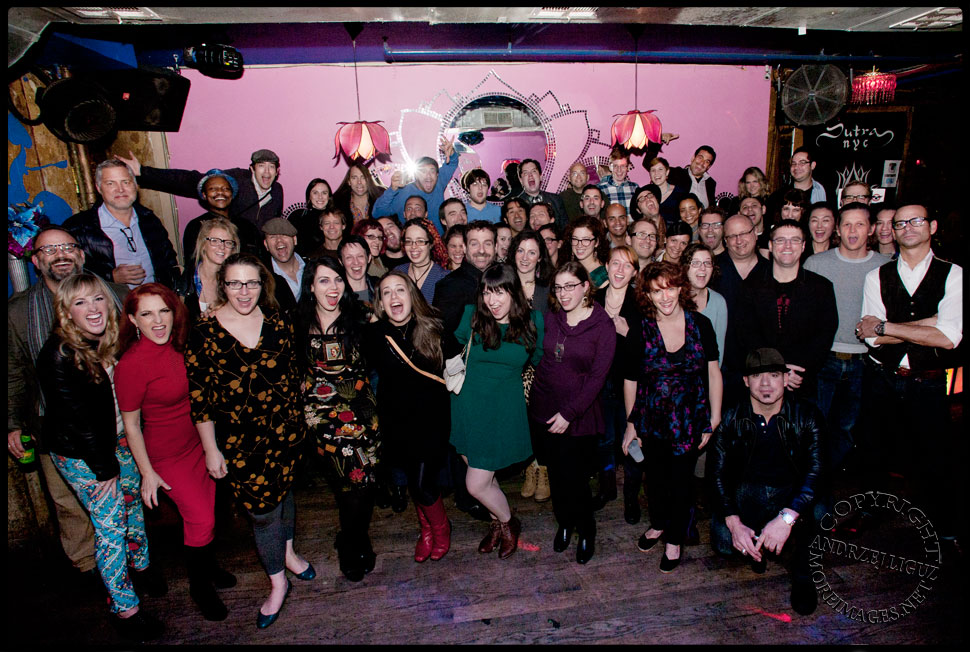 Protocols Party Class Picture 2012 © Andrzej Liguz/moreimages.net. Not to be used without permission.

This was the second time I’ve been invited to take this picture. The first time was earlier this year after I met Jeff Newelt, who I photographed for the NY Times.

We’ve since become good friends and as well as being a Social Media Consultant, editor of The Pekar Project, comics book editor and reviewer for a slew magazines and reggae ‘toaster’ as his alter ego Jah Furry, for the last couple of years Jeff has organized the Protocols Party along with his co-hosts Justin Rocket Silverman (writer/producer for The Daily, the Newscorp iPad magazine), Scott Beale (editor/founder of Laughing Squid) and host emeritus Molly Crabapple (artist, comics creator, impressaria of Dr Sketchy’s Anti-Art School).

The Protocols Parties were started as a deliberate step away from what has become the social media whirl where everything has to be documented, dissected, tweeted and twirled into the spin machine of modern life. A place where conversations can have substance as well as style and people can listen to one another instead looking over each others shoulders looking for the next big thing.

I met a very cool Polish girl last Tuesday night that works for the Polish Consulate and she told me that I will probably get a Polish passport if I apply for one. I plan to apply as I definitely want to get one. That would be very cool as I would then have three passports: English, Australian and Polish. And I live in NYC. Something very right about that.

I was born and grew up in England, but both my parents are Polish so I spoke Polish before I spoke English and still speak it now whenever I talk with my mother. I’ve always wanted to get a Polish passport to acknowledge my heritage and would also like to live there for a year or two at some point in time.

I’ve attended one Protocols Party as a guest and another as a co-host. I’ve found them to be an interesting ‘Salon’ type atmosphere full of individuals who are doing great things. Let me know if you’re interested in going and I’ll let you know if I am host again and can invite some people along. 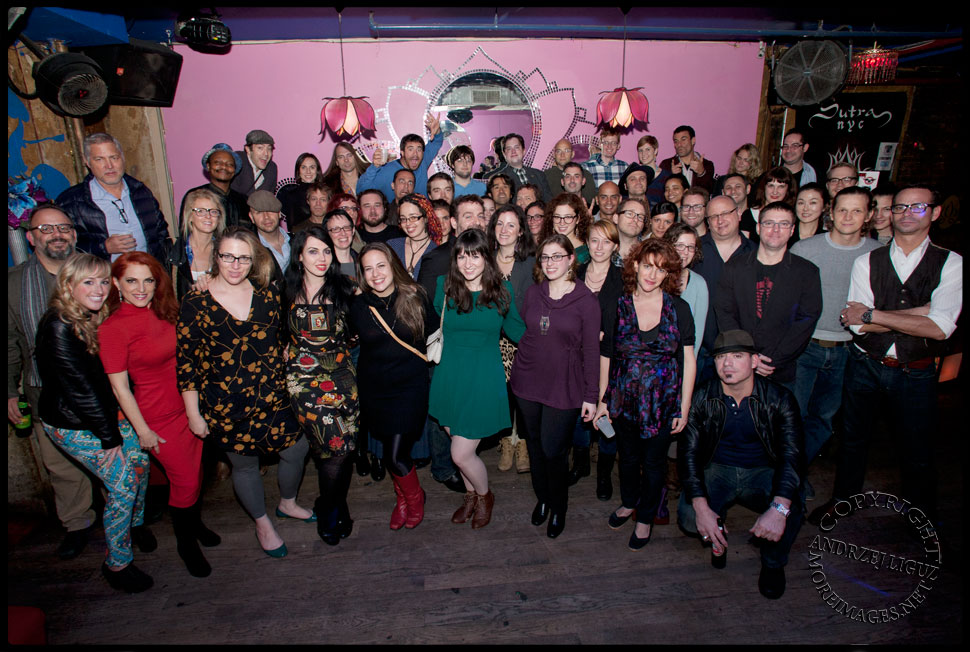 Non-Shouting Protocols Party Class Picture 2012 © Andrzej Liguz/moreimages.net. Not to be used without permission.