But I got to take this picture. And publish it here. But only because this bi-monthly Media/Arts Salon has an annual reunion where everybody who has been invited during the past year can come together for one big party and they invite one photographer to come and take the picture of all these distinguished alumni. 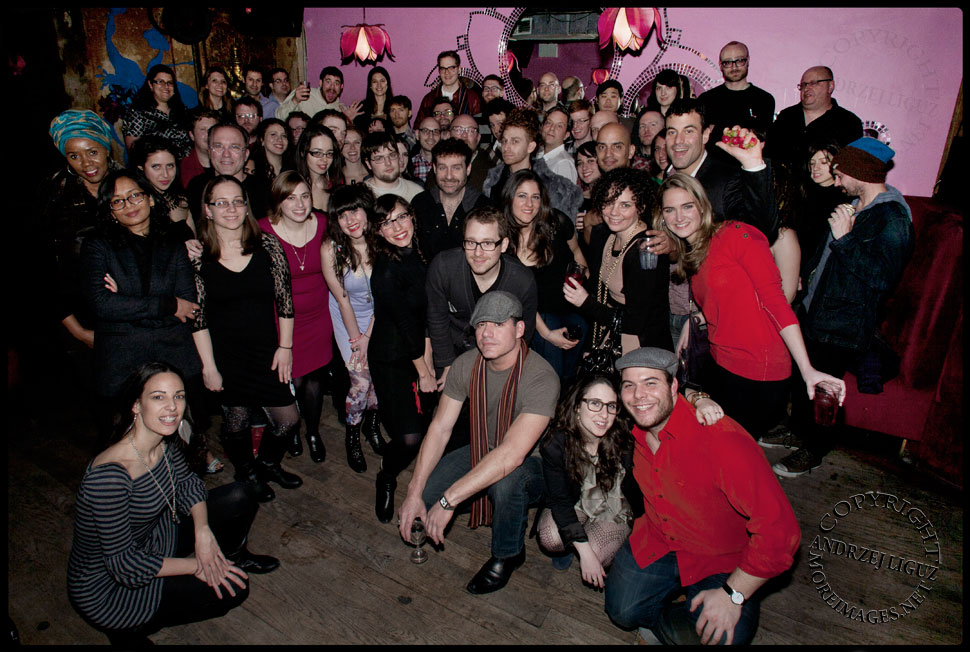 Protocols Party Class Picture 2012 © Andrzej Liguz/moreimages.net. Not to be used without permission.

And this year I was that photographer. A couple of weeks ago I photographed Jeff Newelt for the NY Times and subsequently blogged about the shoot in here after the picture was published. The NY Times story was about how to ‘de-friend’ someone and ironically enough after taking the pictures Jeff and I discovered we have a lot of friends in common. And so we began our own friendship.

As well as being a Social Media Consultant, editor of The Pekar Project, comics book editor and reviewer for a slew magazines and reggae ‘toaster’ as his alter ego Jah Furry, for the last couple of years Jeff has organized the Protocols Party along with his co-hosts Justin Rocket Silverman (writer/producer for The Daily, the Newscorp iPad magazine), Scott Beale (editor/founder of Laughing Squid) and host emeritus Molly Crabapple (artist, comics creator, impressaria of Dr Sketchy’s Anti-Art School).

Jeff had mentioned something about the Protocols Party when we initially met and it sounded interesting, but I was surprised when Jeff called me last week and asked me I was available on Tuesday to take the annual ‘class’ photo. I agreed to show up in time to take the picture around 8.30pm.

The Protocols Parties were started as a deliberate step away from what has become the social media whirl where everything has to be documented, dissected, tweeted and twirled into the spin machine of modern life. A place where conversations can have substance as well as style and people can listen to one another instead looking over each others shoulders looking for the next big thing.

The reunion party was held at Sutra in the East Village from 7pm to 10pm with open bar and food for all. The party was in full swing by the time I arrived around 8pm so after checking the location where I was going to take the picture, I grabbed some food and a drink and proceeded to mingle.

I won’t go into who I met and what we talked about as all such conversations remain ‘off the record’ as per agreements entered into before showing up for a Protocol Party, but suffice to say they were an extraordinary group of people who are all doing interesting things and going places in the Metropolis. I was glad to be there and look forward to going to many more Protocol events. 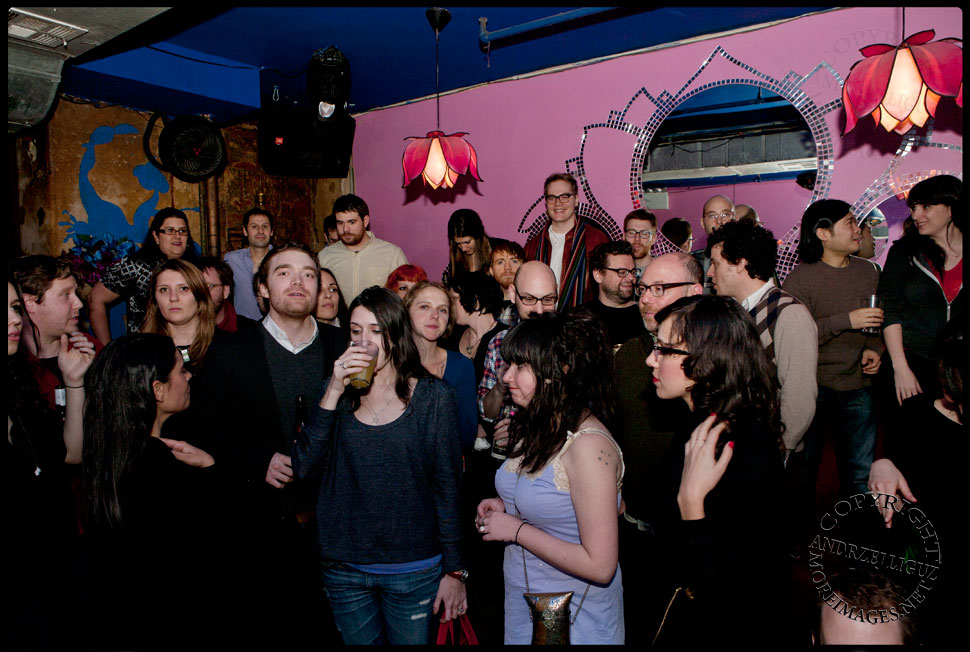 Preparing for the Protocols Party Class Picture 2012 © Andrzej Liguz/moreimages.net. Not to be used without permission.

And after this event I went off to see the amazing Dum Dum Girls at the Music Hall of Williamsburg. I will be posting in here about that show tomorrow, so come back and check then for pics and words about that great show where they introduced their new bass player to the world.