Those of you who follow this will know that I wrote about Automatic Loveletter a couple of months ago when I first started this blog. At that time I had just seen Juliet & Tommy Simms perform an acoustic show at Angels & Kings in the East Village and so I wrote about the photo shoot we did together (Read my previous blog about Automatic Loveletter: Conquering From Clearwater).

All Images © Andrzej Liguz/moreimages.net. Not to be used or distributed beyond this website without permission

Last week I saw the full band perform at the School Of Rock in Hackensack, New Jersey. I didn’t even know such a place existed outside the well known movie starring Jack Black. According to their website, the School Of Rock operates 58 schools in 23 states and is now the national leader in music education for kids. Professional musicians teach students at all levels to develop both their music skills and their confidence. I find this notion intriguing as I’ve met more than a few musicians who have low self esteem and lack confidence in themselves. Mind you, I’ve also met musicians who have an overbearing sense of entitlement and carry themselves with an arrogance that is often undeserved. I can only hope School Of Rock vet their teachers thoroughly as it’s a great concept and am sure there are lots of kids who benefit from the existence of this educational institution.

The School Of Rock in South Hackensack also serves as an underage venue, which on the night I attended was packed with several hundred teenagers waiting to see Automatic Loveletter. And the band did not disappoint. Juliet, Tommy, Clint & Ryan delivered a great show that hit all the right notes. 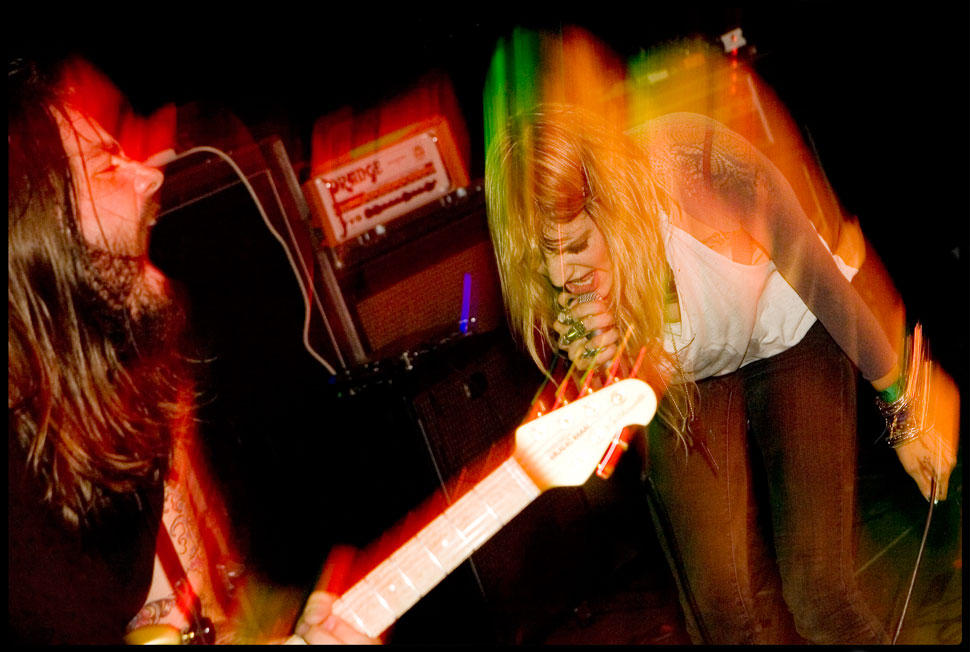 Juliet rocks out even more with the band behind her than when I saw her performing with brother Tommy a couple of months ago. And she has no shortage of fans from both sexes. The boys looked up adoringly hoping she might notice them and the girls watched admiring her and wishing they could be her. All in all, a win win win interaction between audience and band. Tommy is a great guitar player who wails with passion, hair swinging wildly as he alternately hunches over his guitar and runs for the audience.

Clint and Ryan provide the solid backbone on which Juliet and Tommy can dance to their hearts content. Ryan keeps a distinct rhythm rolling on his drums as Clint ducks and dives all over the stage with his 5 string bass. He loves to do Pete Townsend style leaps into the air but never loses his place in the song as he does so.

As there was no crash barrier, the kids were jammed up against the stage, which did cause some concern for the band as they like to leap around whilst performing and would prefer not to have teenagers faces close enough to kick by accident. Clint in particular was worried about this as he mentioned after the show that he likes to take out his aggression on stage and told me that when he came on stage he told the kids directly in front of him to step back a bit and once he started jumping around they pulled back with alacrity.

Highlights from the relatively short set included Let It Ride, Heart Song and the autobiographical Story Of My Life. The kids were delighted and the band were happy with this beginning to their short tour promoting their excellent album, Truth Or Dare which was produced by wunderkind Josh Abrahams.

After the travails of their past which I covered in my previous blog about this great pop punk band, they are definitely on their way. They are working hard and their hard work is paying off.  They have a good team of people around them and they all deserve the success they are no doubt going to achieve. Go and see them. As you can see from this last picture, the kids have spoken and as The Who once said, The Kids Are Alright. 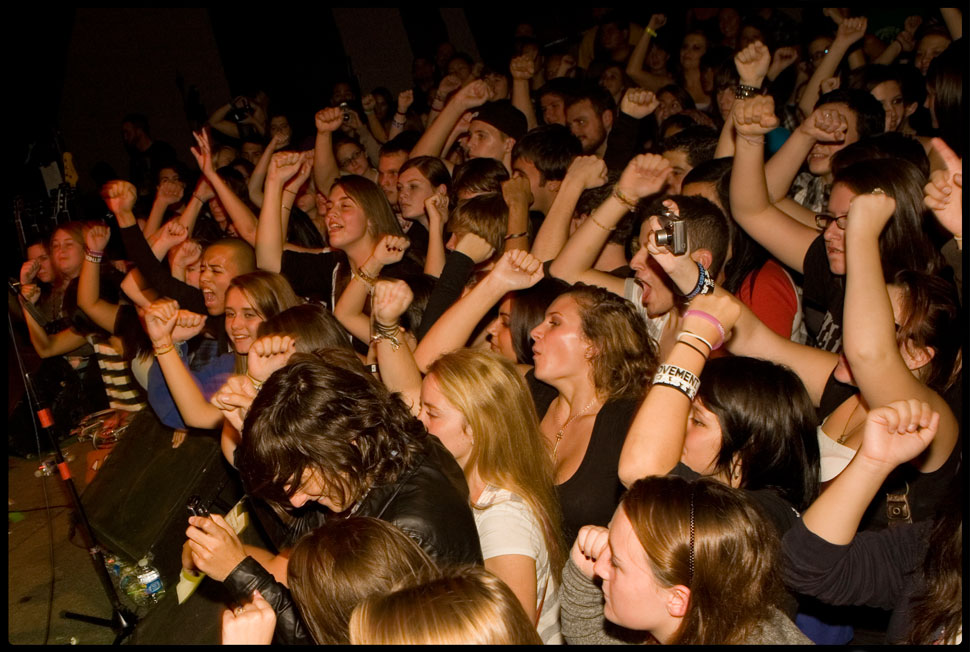