Shane Soloski owns Blue Suede recording studio in Van Nuys and recently started a weekly Monday night showcase at Bar ONE Tap Room in North Hollywood called The Ugly Truth Songwriter Night. Last Monday was the night of the SuperMoon and Transcendence was in the room. I was blown away. And so was everyone else. I’ll definitely be going back and recommend you do so as well.

My friend Emily Zuzik was on first and impressed everybody with the quality of her songs and voice. 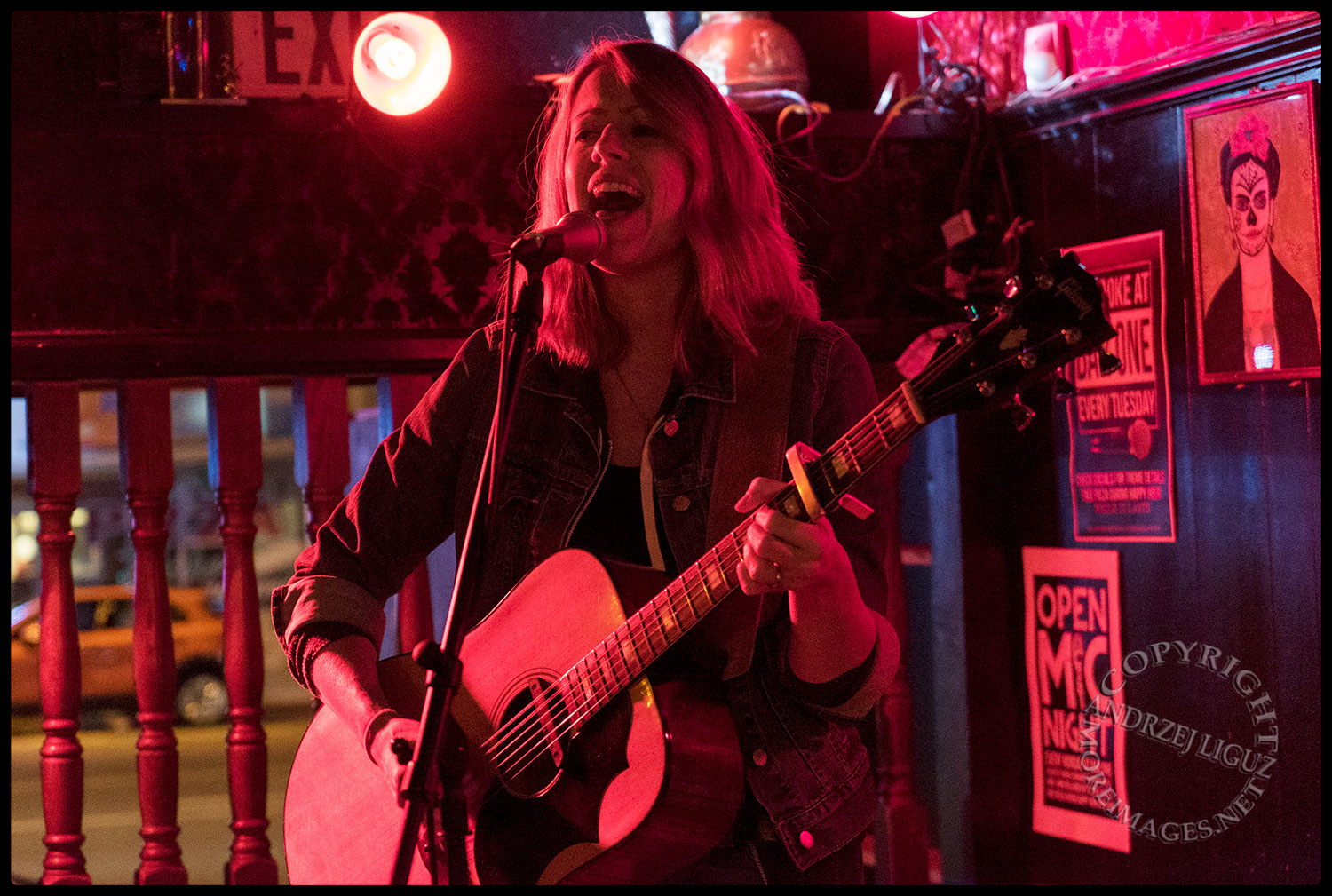 Next up was creator of the world first novel with songs, Morty Shallman. 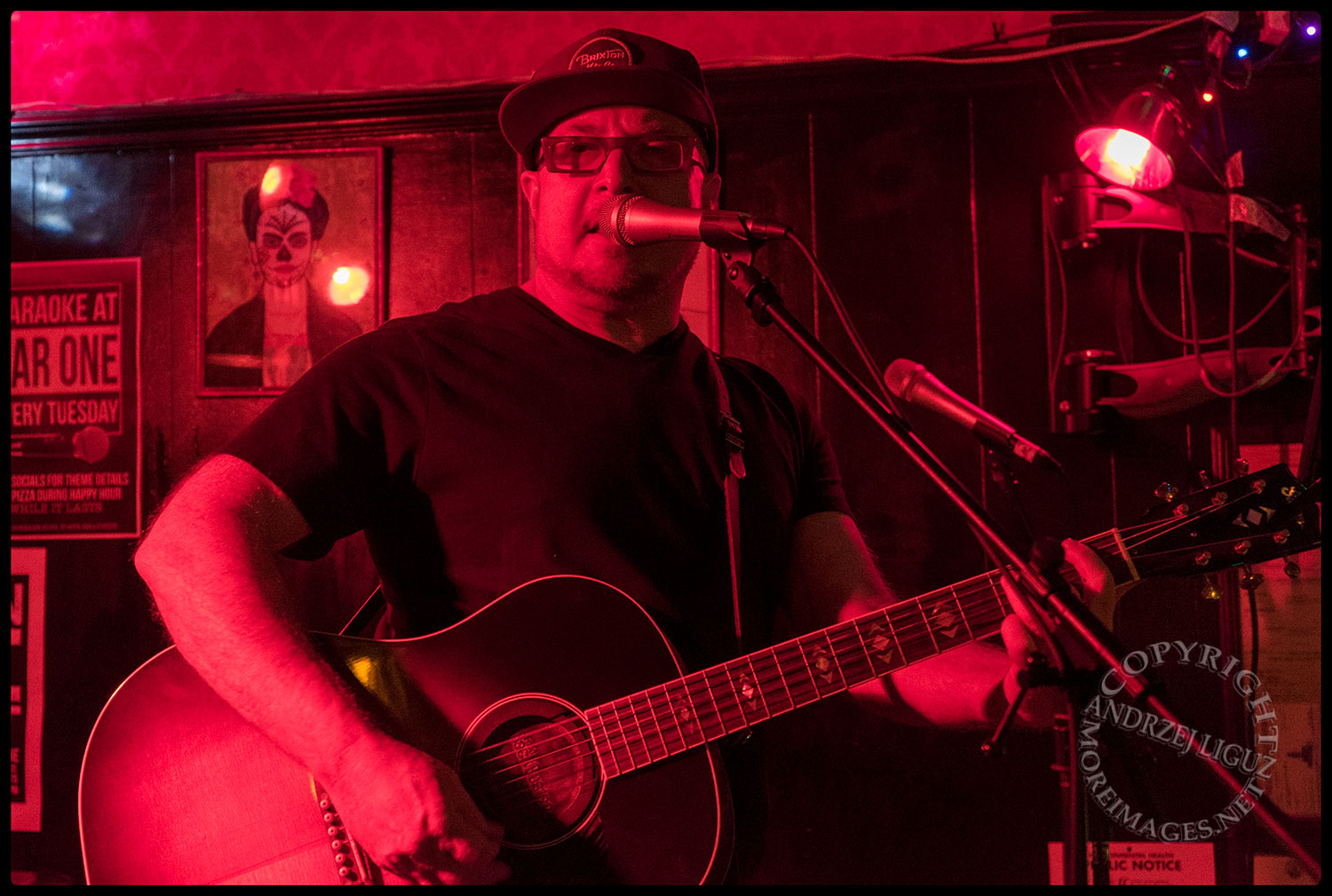 Lindsay Kupser reminded me a lot of early Suzanne Vega and impressed with the delicacy and emotional punch of her voice. 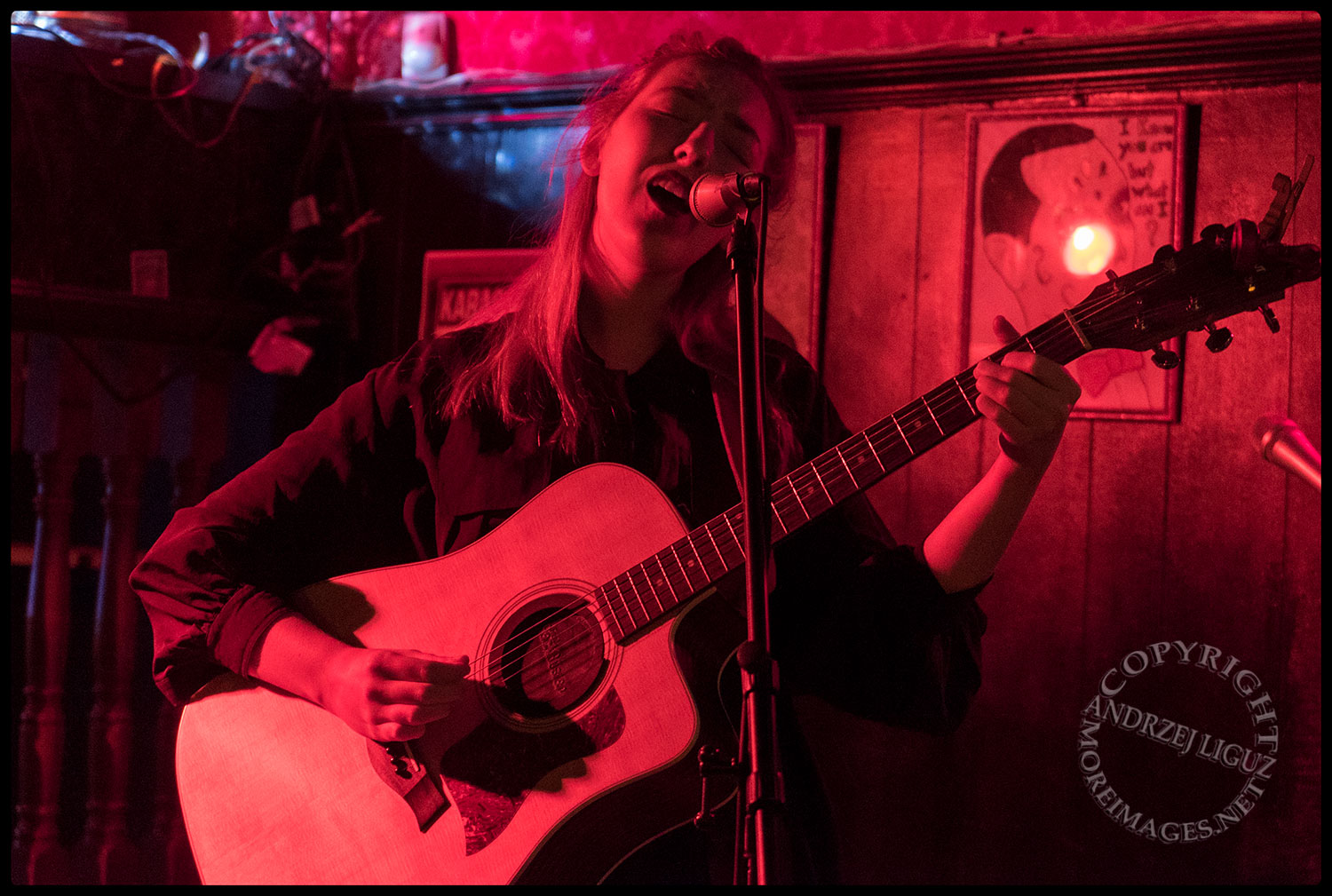 The Thrilling Threes (Davey Meshell, Zach Jones and Colin McGuinness) who’d come straight from the studio where they’d been recording the Davey Meshell & The Transatlantics album with Shane stepped off the tiny stage and performed their cool songs in front of the bar. 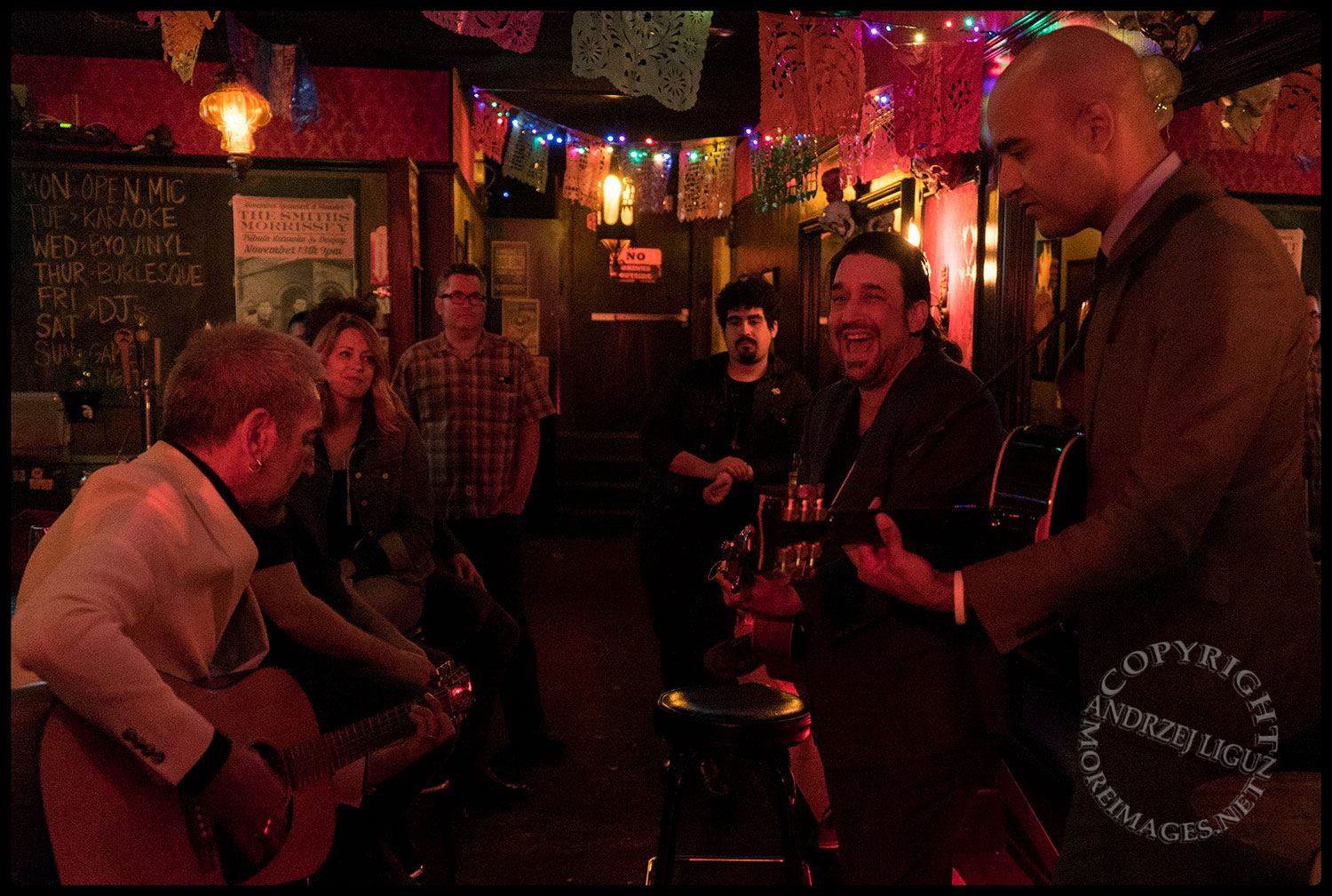 The Thrilling Threes performing at The Ugly Truth Songwriter Night

Last on was Kris Escajeda aka NK Riot, who is one of the most talented musicians I’ve seen in over thirty years in the music industry. I watched the first two songs with interest as I’d seen him perform them before, but not without the electronic soundscapes he normally creates. They stood strong as songs in their own right without all the layers. 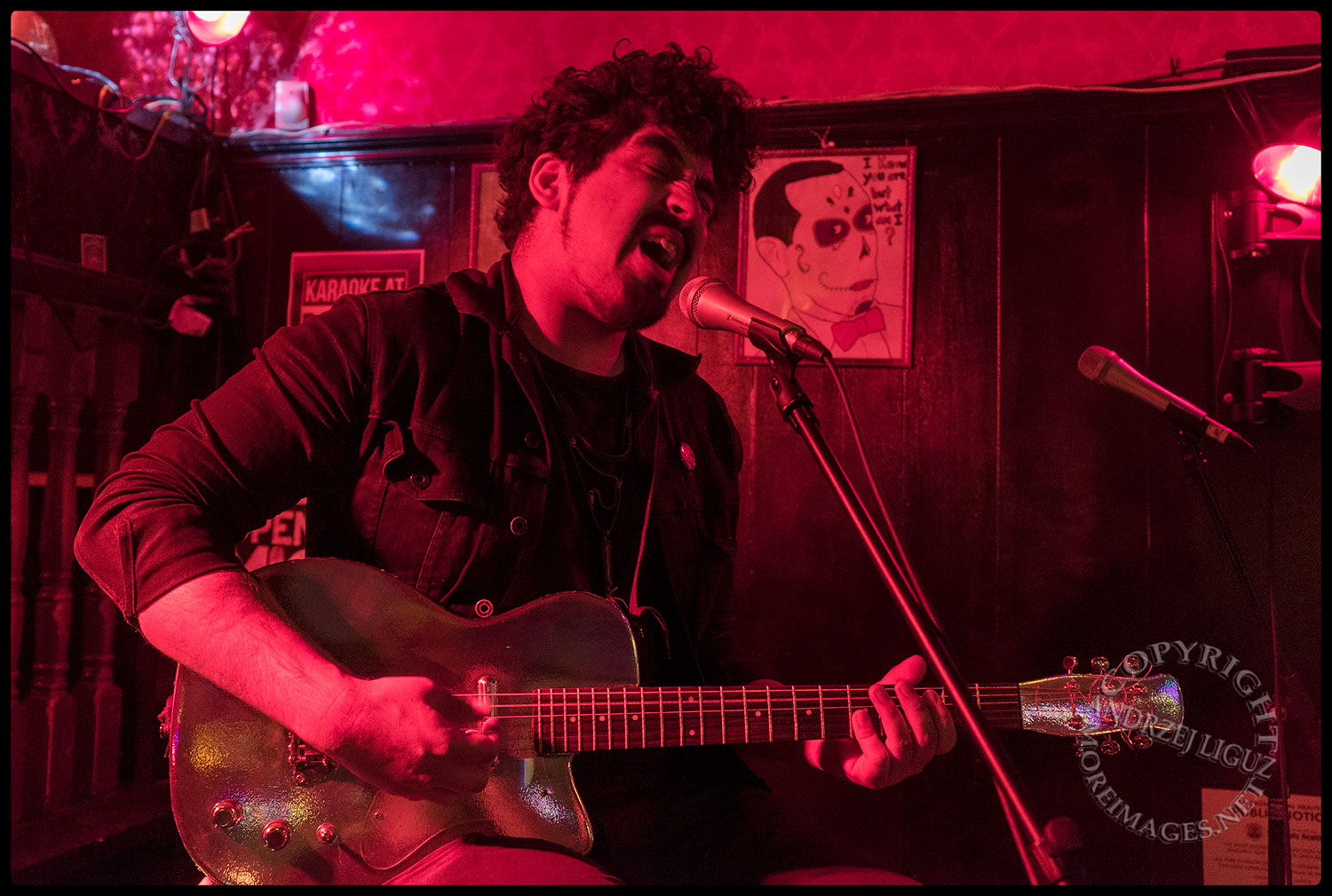 And then Kris pulled out a battered old acoustic with only three strings and everything changed.

It was one of those transcendent moments magnified by the Full SuperMoon. Kris hadn’t played the guitar in over four years and when one of the strings broke, it forced him to improvise even more. The above footage is the last 4 minutes of what I filmed as he played with only two strings.

At one point I looked around and everybody in the bar had their jaws to the floor. One guy even had an out of body experience. Came out after the show and told us he still had goosebumps covering his body as he went to a quiet place when Kris had suggested mid song to do so and then proceeded to crescendo. It was the night of the SuperMoon. Weird things were always going to happen. They do on a regular moon, so with a SuperMoon it was always going to be more intense.

Four years ago Kris decided to start making electronic music, so sold a bunch of guitars and pedals and bought himself all the equipment needed to follow his new musical direction. Some of it was scrap and some of it was new. He rebuilt all that equipment to his own specifications and as well creating a new operating system on which to run it, he also built a helmet to wear as his new persona, NK Riot. It took him working at it every day for two years to learn how to create all the sounds himself that he wants to hear as he is playing live. He does not use computers, but plays everything live and loops it all together. He even built a hologram which he sometimes has onstage with him.

This is a one minute EPK we put together last year from various shows around LA. Go see him, he’s the real deal.