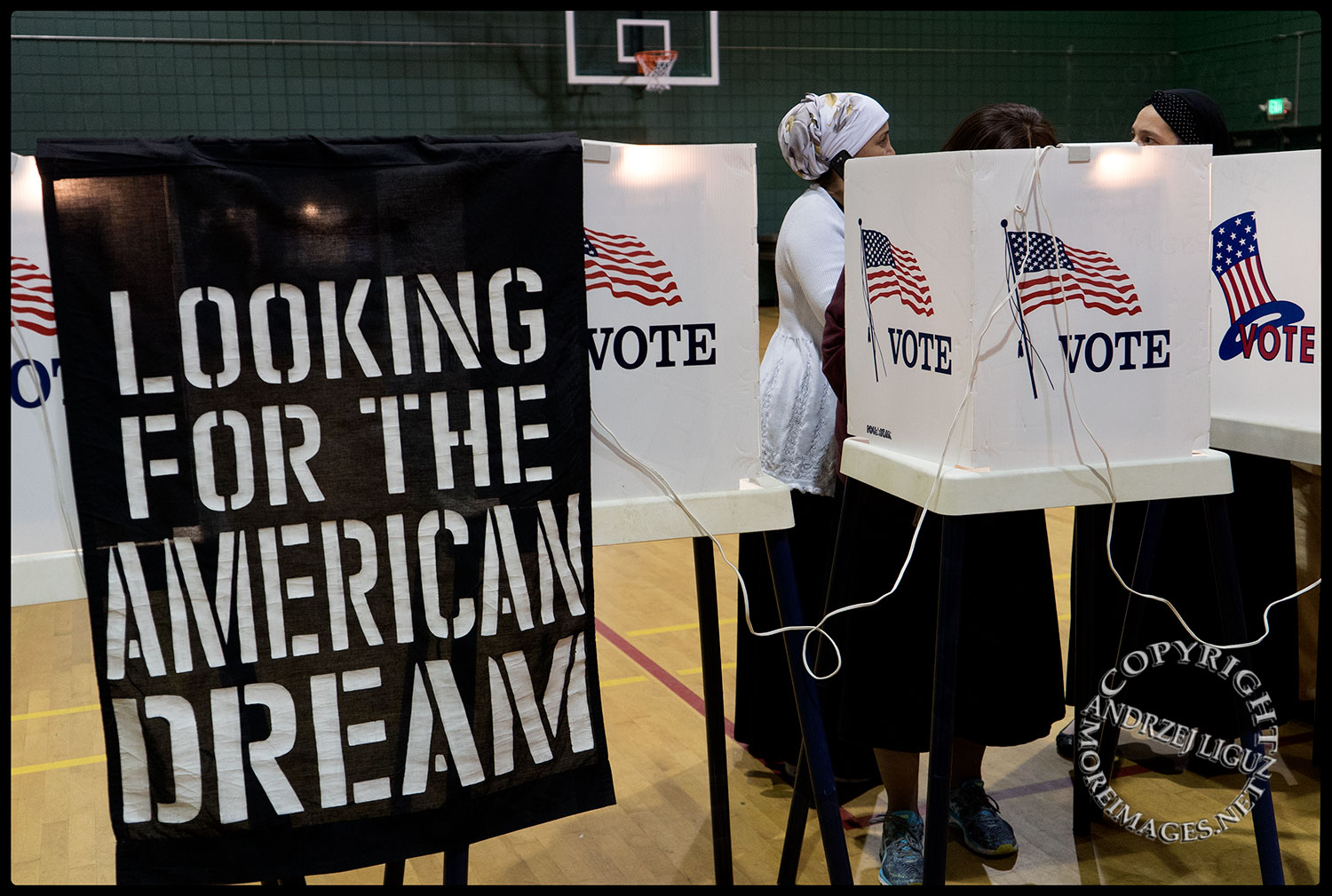 Looking for the American Dream at Election 2016 in Hollywood, CA

Everybody is ‘Looking for the American Dream’. For some people the election of Donald Trump is the embodiment of that Dream. For others, he represents the dark underbelly of the beast, the American Nightmare. Time will tell who is right. This picture was taken in Hollywood just before the closing of the polls in California.

And in many ways it feels appropriate that I was in Hollywood for this election. Reagan was a movie actor and prior to becoming President, Trump was a reality TV performer. Both of them from the Conservative side of politics.

Reagan is now hailed as the patron saint of American politics, but I am old enough to remember when he and Thatcher in England rode roughshod over the policies which helped the poor and oppressed. Not many people realize it, but a large part of the reason there are so many mentally ill people living homeless on the streets of America is because Reagan closed the hospitals and diverted funding to the States.

I believe America is a great country with remarkable people but in instances like this, the system leaves a great deal to be desired. As a society we appear to have become so self involved and fixated on people taking individual responsibility that we appear to have lost a sense of collective responsibility and with that, our sense of community. Which is a sad indictment on who we are today.

Times are tough and the people want change. They see their jobs disappearing, their wealth being squandered and corruption on all sides. They certainly don’t see the government working for them. No bankers went to jail under Obama and they really should have done. The world has changed and the older generation don’t like feeling left behind. Along with their disappearing jobs. And now we are seeing the results of the industrial revolution whipping its tail in some kind of death spasm and delivering the rust belt to Trump.

I watched the Election get called for Trump with my daughter and we were mortified as the rise of Trump will empower the racists, xenophobes and homophobes and make them feel it’s ok to be like that when it really isn’t. Former Imperial Grand Wizard of the Ku Klux Klan David Duke has already taken part of the responsibility for Trump’s victory as can be seen in this story on Politico. This cannot be allowed to stand and Trump needs to magnify the distance between the mainstream and the fringes where he found so much support.

And on my journey in search of the American Dream over the next year I will be looking to discover what happened and why all those people out there believe Trump is going to revive their particular Dream.

To see my perspective on the American Dream check out this gallery.