Six days after Hurricane Sandy shook NYC a big area south of Brooklyn Bridge was still without power, as can be seen by the darkened buildings in this image of downtown Manhattan. Three days after I shot this picture over 100,000 people were still without power in the Tri-State area when a blizzard hit the region. 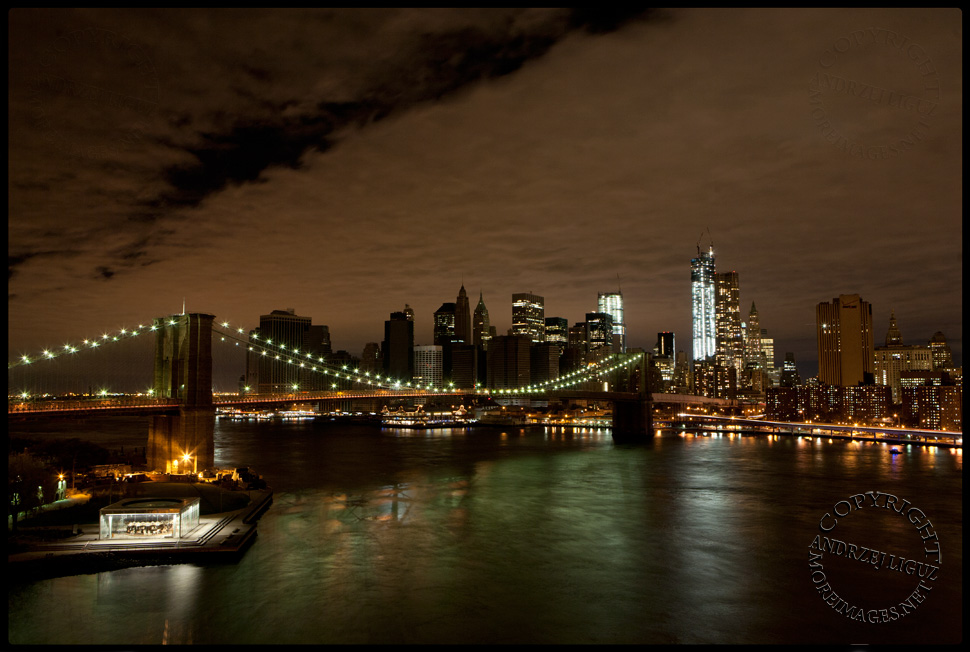 Manhattan a week after Hurricane Sandy © Andrzej Liguz/moreimages.net. Not to be used without permission.

It is now two months since Hurricane Sandy. I was at a ‘Happy Hangover’ party last night in a very cool apartment under the Brooklyn Bridge when I discovered there are still some people without power in that area of downtown Manhattan. If you take a wander downtown around Wall St you will see a lot of the buildings along the eastern side of the island are being powered by huge truck sized generators standing outside on the street. If you go out to the Rockaways, there are still a lot of people living without power. This is NYC, one of the biggest and most important cities in the world. There is something seriously wrong with this picture. What is going on? And why are these people still without power?