CMJ started yesterday and the annual madness of running around NYC commenced with Dave Wakeling from The English Beat doing a solo acoustic set at Spike Hill in Brooklyn. I’ve known Dave for about 30 years so thought I’d check out his show and touch base as it’s been a while since I’ve seen him. 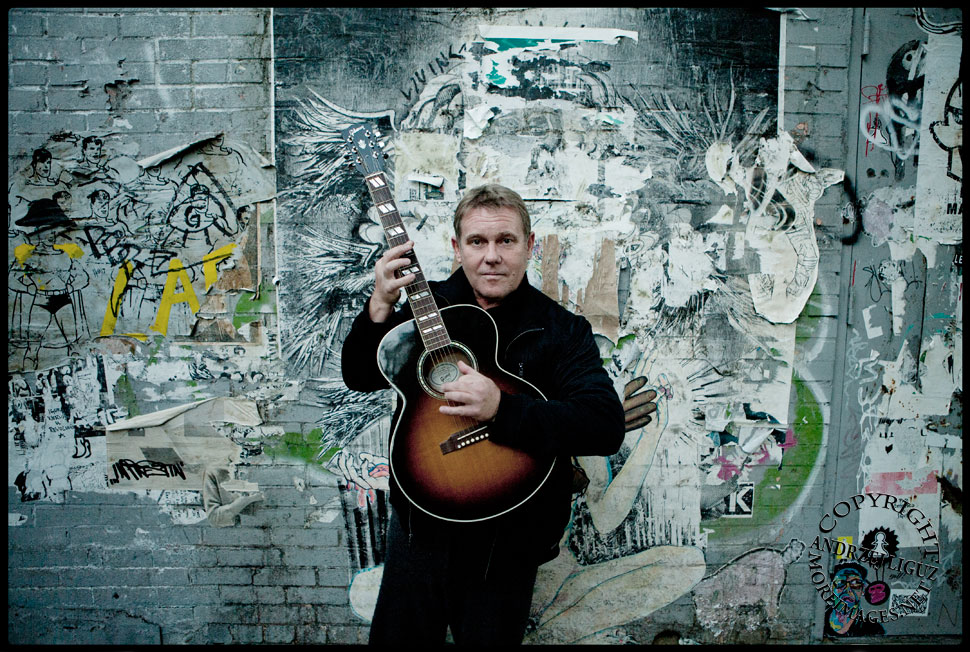 He opened with his scathing attack on former Prime Minister Margaret Thatcher, Stand Down Margaret and played four or five songs, including a superb version of Tenderness. He couldn’t play long as he had another show with the full band later that evening at BB Kings. It was unfortunate the show was at 5pm on a Tuesday afternoon as there weren’t many people there, even though the BB Kings show was sold out. His very cool publicist Rey Roldan (aka my favorite person on Facebook for his superbly funny posts explaining how to slap down dickhead phone callers) noted that it was probably the most sparsely attended show Dave had played in about 30 years. I think it’s hard to expect people to show up at that time of day.

Afterwards Dave and I had a chat as we originally met through his sister Dianne, who was one of my best friends in Birmingham before I left for the travels that have subsequently taken me to live in fifteen cities across six countries. 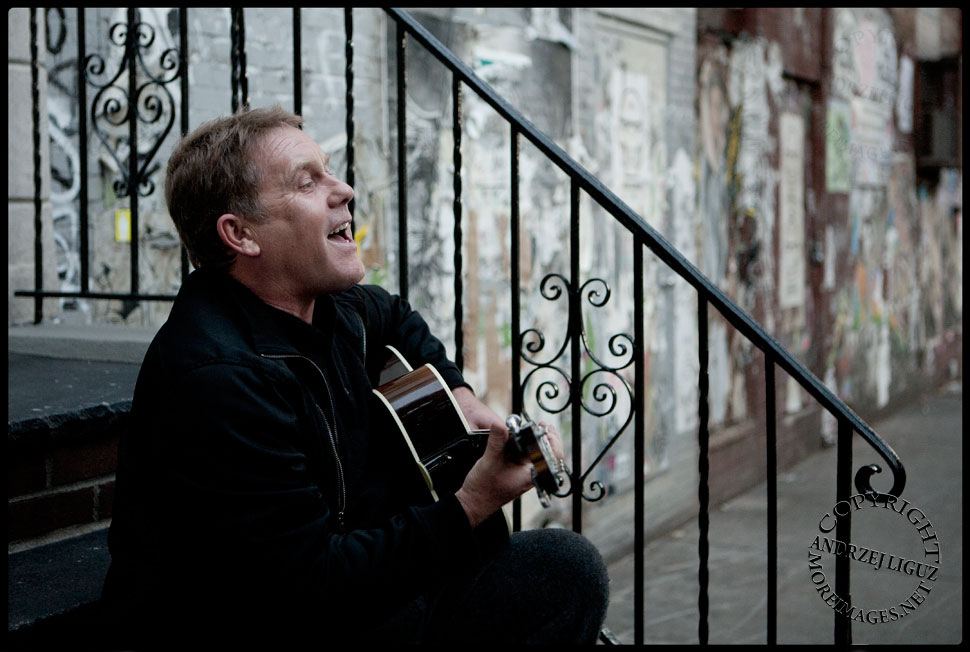 A couple of guys who have a webshow appeared to do an interview with him, so we wandered around the corner where he sat on a stoop and regaled us with a great version of Sooner Or Later. He mentioned during the interview that the English Beat are now all Californian and Paul Collins, who had a band called the Beat in the US back in the 1980’s (which is why the band name had to be changed to The English Beat) now has a band made up entirely of Australians. Some kind of irony in there somewhere. Especially as the two bands are currently touring together for the first time ever through the USA.

Dave wrote what I consider to be one of the best songs of the 1980’s (aka the decade that music mostly forgot) with Mirror In The Bathroom which was the first of several hit songs for The English Beat. That band fell apart after their third album so Dave formed the equally successful General Public with his fellow vocalist from The Beat, Ranking Roger. Who also recorded three albums before breaking up. 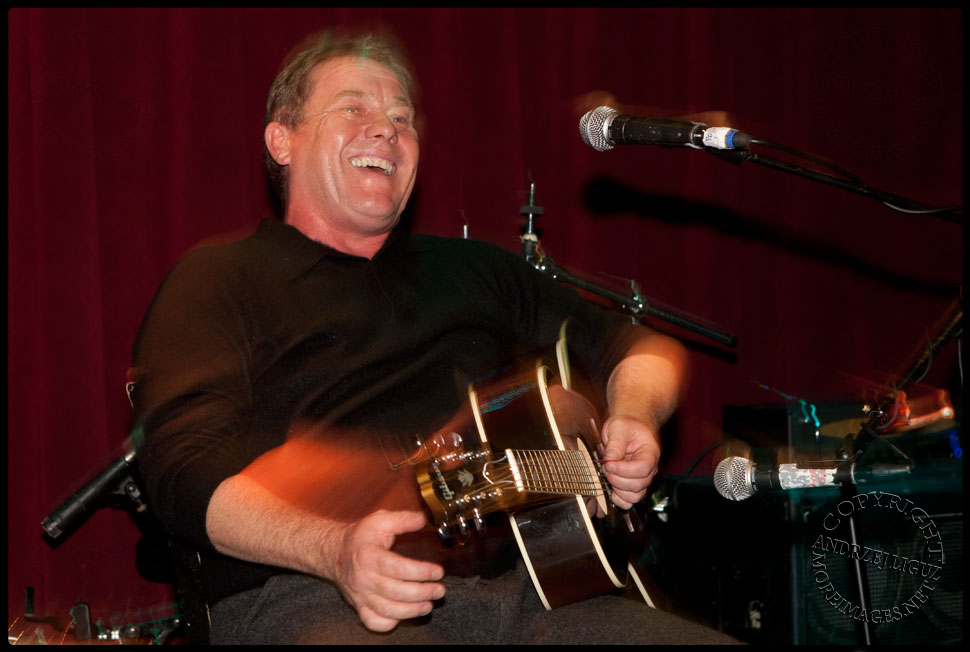 He has managed his solo career for many years, making his own deals and booking his tours. Although CMJ is all about the young bands, many of them would do well to look at Dave for inspiration as he is a good example of someone who has written some great songs and continues to make a healthy living from playing music.

He still tours on a regular basis under the name The English Beat with an excellent band so if you get a chance to go and see him, do so and you will not be disappointed.

To wrap this up, here is the video for Mirror In The Bathroom. Just try and stop yourself from dancing.