Oceanics are a new band from Australia building a buzz amongst blog literati and music lovers around the world. As I won’t post pictures I haven’t taken and I’ve yet to do a shoot with this band, I decided to use this image taken from my favourite spot at the north end of Bondi Beach. 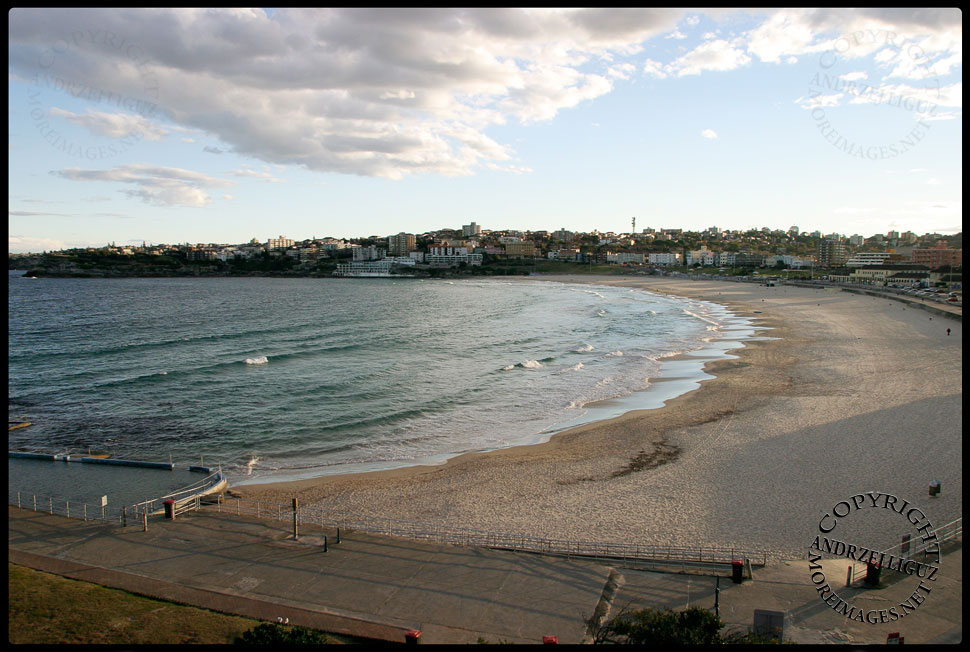 Bondi Beach from the North End © Andrzej Liguz/moreimages.net. Not to be used without permission

Originating from the Gold Coast in Queensland, 9th grade classmates, Elliot Weston (guitar & vocals) and Jackson Haswell (guitar & vocals), began writing together in 2005. Percussionist Andy Geisel joined a few months later and the three of them spent the next few years writing, practicing and honing their sound. They found bassist Tom Garnett in 2009 and started playing live in early 2010.

Oceanics quickly moved up the ranks of wannabe bands to become recognized in Australia as one of the bright hopes for the future of Australian music. Unusually for such a young band, they were invited to perform at Big Day Out 2011 and BIGSOUND Music Conference the same year.

Sounding something like a bastard child of The Strokes and The Kooks, they consolidated their initial successes by supporting The Like on an Australian tour and performing with Michi on MTV Japan. As well as their own extensive touring schedules within Australia and getting solid radio support by Triple J Radio, the dominant youth station in Australia.

The band released their EP, Bright People, on May 15th, 2011 and picked up immediate attention from the likes of AOL Music, MTV Iggy, MSN Music, Nylon, Relix, amongst others.

They’ve just released their new single ‘The City’ and are currently touring Australia in support of it before going back in the studio to finish off their debut album.

You can find their music on Soundcloud and check out their video for Chinatown (Is Not Newtown).

Watch this band. They are on their way.