As it was beautiful day here in NYC yesterday, I was out riding my bicycle when I came across these showroom dummies (aka mannequins) lined up on Bleeker St outside the Hide Store, close to the Bowery. I thought of Kraftwerk, so I pulled over and as I didn’t have my camera with me, shot this with my iPhone. 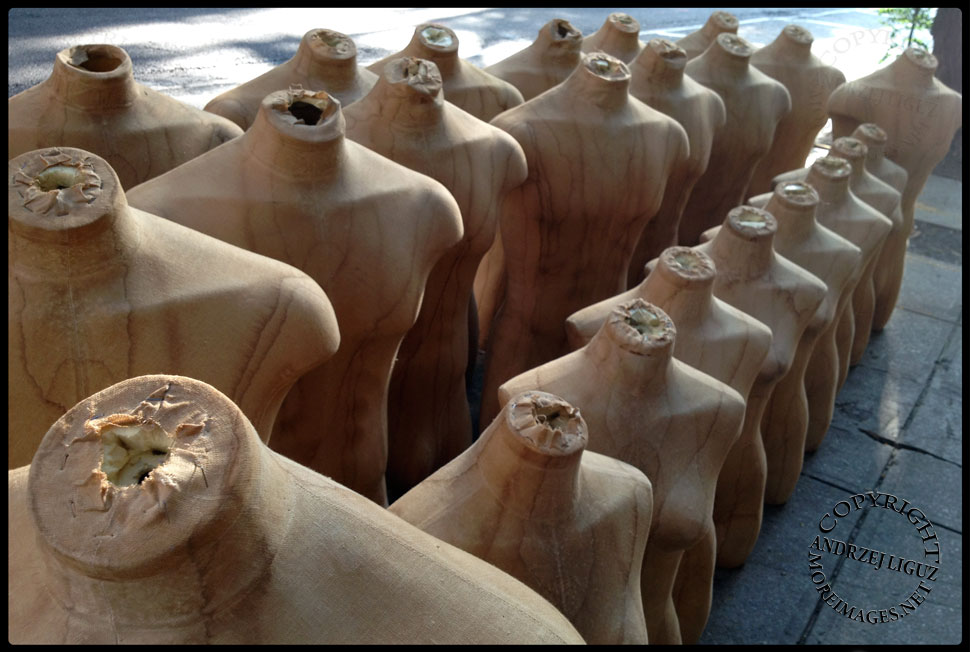 Bleeker St Showroom Dummies © Andrzej Liguz/moreimages.net. Not to be used without permission

I’ve decided to try and get back to posting one or two pictures a day with just a few words instead of getting caught up in trying to write something interesting.

Another guy on a bicycle pulled up around the same time I did and we ended up shooting around each other, before he got into a conversation with the shop girl, as seen here (along with the cyclist travelling at speed through the left side of the picture). The photographer and I then got into a conversation (after he’d finished with the shop girl) and it turned out he’d retired from taking pictures in 1990. 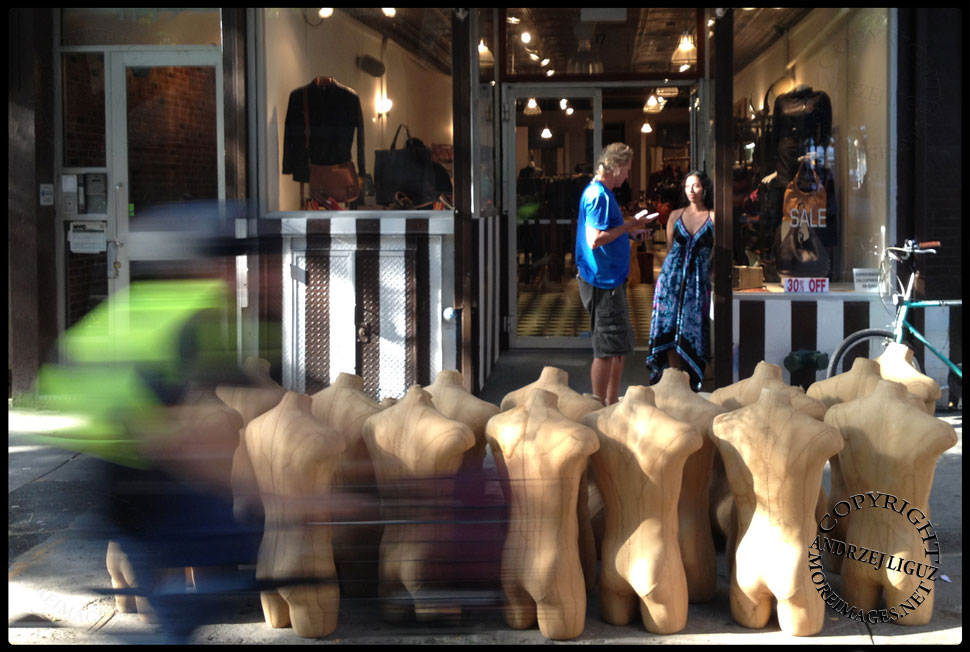 Bleeker St Showroom Dummies © Andrzej Liguz/moreimages.net. Not to be used without permission

But he showed me a v cool video he’d made of a brand new Ford getting crushed from on high by a huge metal ball. It was fun and we bonded, so decided to go for a beer around the corner, where we exchanged names (He is David Frazier), we became friends and hung out for about an hour before I wandered over to the East Village to see Josh, as it was his birthday.

But he was out on his boat (not nearly as fancy as it sounds) tooling around the harbour. We spoke on the phone and agreed to catch up in a couple of days, when I’m going to go out on the boat with him. I’ll post some pictures from that when I go.

I wandered over to B-Side to see Andrew, who always looks after me there. He told me he’s gone into partnership current B-Side owner Sivan and they are opening a bar on Clinton and East Broadway in the LES which I have no doubt will be v cool and they will do well with it. I’ll write more about it when it gets closer to opening in the Fall.