Last week the very cool Pam Hogg performed on stage for the first time in five years at the Tribeca Grand party which welcomed her to NYC. I was disappointed I didn’t have my camera. At the same time, if I had my camera and was shooting stills then I wouldn’t have filmed the first song on my iPhone. 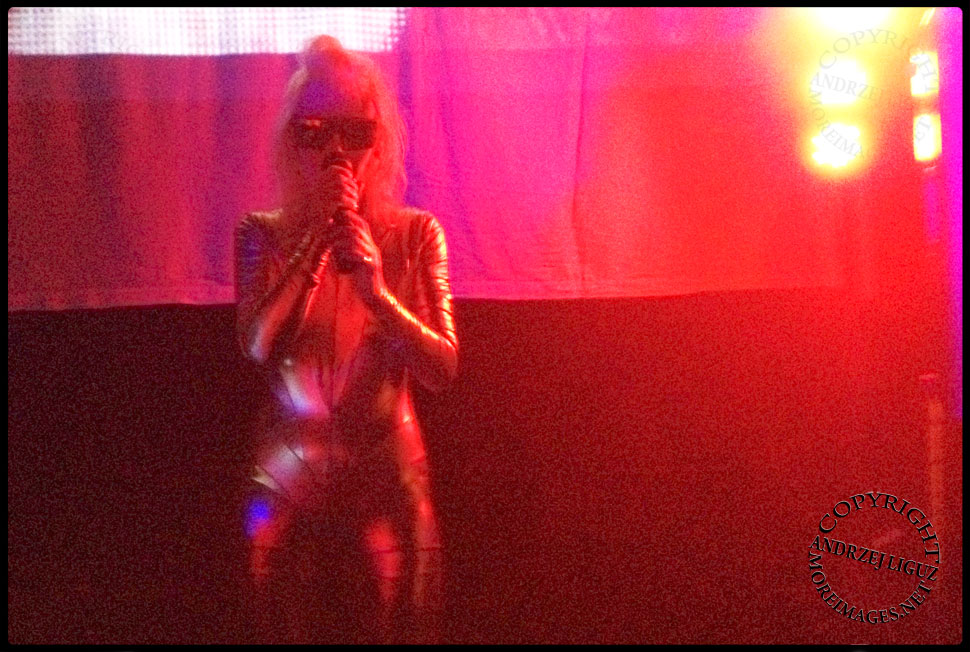 Pam Hogg at Tribeca Grand © Andrzej Liguz/moreimages.net. Not to be used without permission

The party was full of the cool and the beautiful people of NYC. Amongst other people there I met Debbie Harry, who told me she liked the way I look. Which I appreciated. She’s been one of the uber cool for many years and so in my opinion, her opinion has value. And she’s created some seriously high quality work. Best known as being the lead singer of Blondie, she’s also acted in numerous films and I told her I thought she was great in ‘My Life Without Me‘, which I seriously recommend to anyone reading this. It was a Spanish Canadian film made in 2003 that was put together by Pedro Almodovar’s production company and filmed in Canada. It features Sarah Polley as a 23 year old mother of two who discovers she is dying of cancer and makes a list of things to do before she dies. And does them. Debbie Harry does a superb job as the girls mother.

Pam looked really hot and although the quality of the stills is not as good as it could be because I shot them on my iPhone, I am really glad I managed to use it to shoot this video of the excellent ‘Peeping Tom’. It’s worth changing the settings and watching it on HD at 720, as it looks even better.

Pam Hogg is a unique individual and has achieved more in her life to date than most would with several lifetimes. She studied Fine Art and Printed textiles at the Glasgow School Of Art and won the Newbury Medal of Distinction, the Frank Warner Memorial Medal, the Leverhulme Scholarship and the Royal Society of Arts Bursary, which subsequently took her on to further study at the Royal College Of Art in London, where she gained her Masters of Art degree.

Her first band, ‘Rubbish’, used to support the Pogues in the late seventies. She launched her first fashion collection in 1981 and although she was lauded as a bright new star by the fashion industry, refused to sell out to mainstream conformity. In the eighties her shop in Soho became a ‘go to’ destination for the bright and the beautiful who wanted to be cool.

She’s best known as a Designer, but some people have also described her as a Stylist. However, it should be pointed out that she’s never seen herself as a Stylist, but more as somebody who dresses people with Style. As well as making clothes, she helps individuals choose the clothes they wear. Amongst others, she’s dressed Ian Astbury of The Cult, Siouxsie Sioux, Paula Yates and the aforementioned Debbie Harry of Blondie. She has become as much of an icon as those she dresses, matched only by the mighty Vivienne Westwood for clout amongst the cool.

In the early nineties she got back into performing and writing music after making a brief appearance with industrial noise merchants ‘Pigface’ at an obscure venue in Nashville. By this point Debbie Harry was a close friend and she offered Pam a support slot on one of her tours, so Pam formed ‘Doll’ in five days and set off on the road. This tour was quickly followed up by a stint supporting post punk scene makers, ‘The Raincoats’.

In 2003 she co-founded Hoggdoll with Jarvis Cocker collaborator Jason Buckle. Sonically swinging wildly from The Cramps to Nico and picking up Nick Cave along the way, the Demo EP they recorded brought her a new audience and respect for the swamp rockabilly sound they created. I bought a burnt copy of the CD from her at a second hand fashion market where she had a stall during her visit and I’ve been listening to it ever since. Some very cool songs on there and I’d recommend you go get it at the Hoggdoll myspace page. 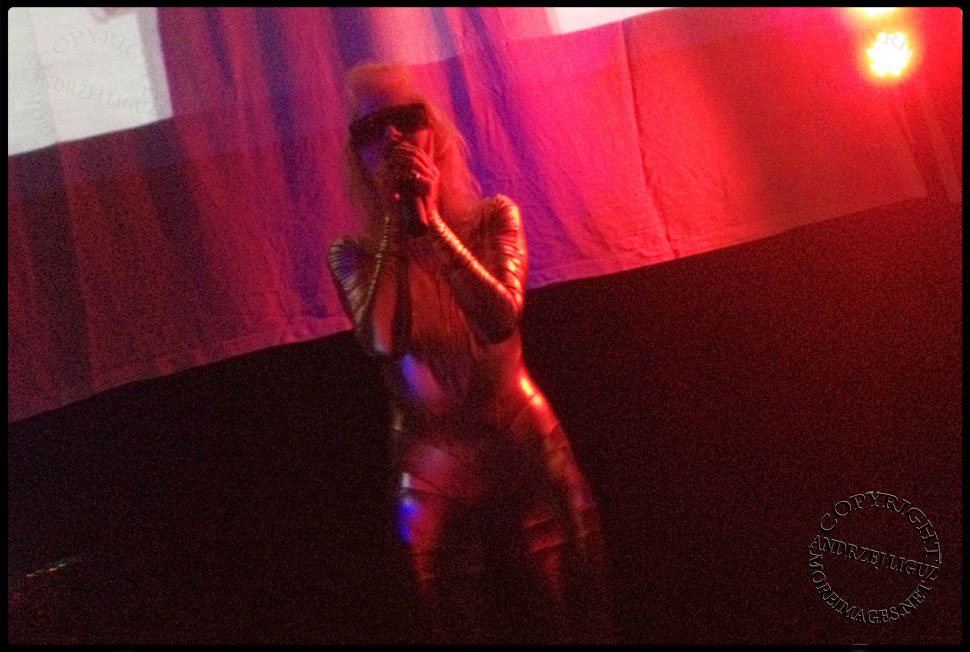 Pam Hogg at Tribeca Grand © Andrzej Liguz/moreimages.net. Not to be used without permission

Alison Mosshart from The Kills and Siouxsie Sioux amongst others starred in the two videos she created in 2006 to be part of the ‘Switch On the Power’ travelling art exhibition along with Yoko Ono, Leigh Bowery, Andy Warhol and Kraftwerk.

In 2007 Kylie Minogue wore Pam’s black mesh metal studded cat suit in her Two Hearst video and Siouxsie Sioux wore several of Pam’s cat suits on her 2008 tour, both of which helped bring the cat suit back into the fashion fold.

Pam is a larger than life character with a distinctive vision which has proved to be enormously influential in a variety of mediums. She is also really sweet to talk with and (in the interests of full disclosure) good friends with my daughter. It was lovely to meet a friend of my daughters and see how much she cares for her. Bonus cool points from my point of view.

I have no doubt Pam will be creating interesting and innovative art for as long as she chooses. Watch out for her name, she’s done a lot in the past and will no doubt do more in the future.