Paul Kelly Is The Genuine Real Deal And He Is Playing NYC Next Week. Go See Him.

Paul Kelly is one of the greatest living songwriters in the world and he is coming to NYC next week. One the true joys of my photographic career is that my pictures were used in the artwork for one of his albums. This image is on the inside of Paul Kelly: Live, May 1992. 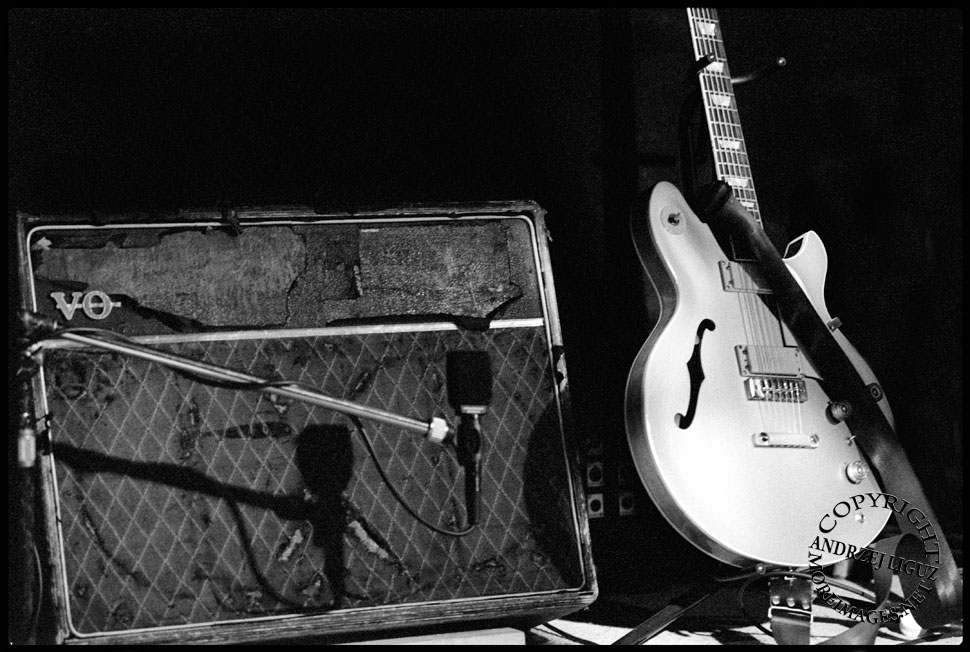 Inside Artwork Paul Kelly: Live, May 1992 © Andrzej Liguz/moreimages.net. Not to be used without permission.

And this is the front and back cover of that album, which he recorded solo at the Regal Theatre, Perth, May 10, 1992 & the Athenaeum Theatre, Melbourne, May 17, 1992. He’s released 22 albums over a career that has spanned thirty years and a ridiculous number of totally genius songs.

Front and back Artwork for Paul Kelly: Live, May 1992 © Andrzej Liguz/moreimages.net. Not to be used without permission.

It is tragic that so few people outside of Australia have heard of him, as he is one of the great singer songwriter storytellers in the vein of Dylan, Paul Simon, Elvis Costello, Neil Young and Bruce Springsteen. And all those songwriters pay total respect to him when they play in Australia.

As well as being an incredible songwriter with a deeply dark sense of humour, he is also one of the most genuinely humble and sweetest musicians I’ve ever met. It’s always a pleasure to see him, both on and off the stage.

In 2004 he started performing what has become known as the A-Z Tours, where he plays a series of shows in one venue and covers a big chunk of his back catalogue in alphabetical order. This is exactly what he is doing next week from Tuesday to Friday in NYC at Rockwood Music Hall and I advise anybody who reads this blog and is NYC to treat yourselves by going to see this genius wordsmith and tunesmith. And remember, every night will be a different show as he will be performing at least 100 songs over the four nights he is here in the Big Apple.

And if you are not in NYC, then check his tour dates and go see him whilst he is on one of his extremely rare forays out of Australia.

He recently released his memoir ‘How To Make Gravy’ along with the A-Z recordings, which comprises 105 of his songs performed live at various A-Z shows over the last few years.

Check these lyrics as you watch the amazing video below them to get an idea of the depth of his songwriting ability and the way he connects with an audience:

‘How To Make Gravy’

Hello Dan, it’s Joe here
I hope you’re keeping well
Its the 21st of December
now they’re ringing the last bell
if I get good behaviour
I’ll be out of here by July
Won’t you kiss my kids on Christmas day

Pleeeease don’t let them cry for me

I guess the brothers are driving down from Queensland and Stella’s
flying in from the coast
They say it’s gonna be a hundred degrees, even more maybe, but that
won’t stop the roast

Who’s gonna make the gravy now?
I bet it won’t taste the same

Just add flour, salt, a little red wine and don’t forget a dollop of
tomato sauce for sweetness and that extra tang

And give my love to Angus and to Frank and Dolly,
Tell ’em all I’m sorry I screwed up this time
And look after Rita, I’ll be thinking of her early Christmas morning
When I’m standing in line

I hear Mary’s got a new boyfriend, I hope he can hold his own
Do you remember the last one? What was his name again?
(Just a little too much cologne)

And Roger, you know I’m even gonna miss Roger
‘Cause there’s sure as hell no one in here I want to fight

Oh praise the Baby Jesus, have a Merry Christmas,
I’m really gonna miss it, all the treasure and the trash
And later in the evening, I can just imagine,
You’ll put on Junior Murvin and push the tables back
And you’ll dance with Rita, I know you really like her,
Just don’t hold her too close, oh brother please don’t stab me in the
back

I didn’t mean to say that, it’s just my mind it plays up,
Multiplies each matter, turns imagination into fact
You know I love her badly, she’s the one to save me,
I’m gonna make some gravy, I’m gonna taste the fat
Tell her that I’m sorry, yeah I love her badly, tell ’em all I’m
sorry,
And kiss the sleepy children for me
You know one of these days, I’ll be making gravy,
I’ll be making plenty, I’m gonna pay ’em all back.

I will be there at Rockwood every night next week. Make sure you are too.