Superbowl 2012: The Moment Of Truth for NY Giants

The New York Giants beat the New England Patriots and won the Superbowl in a tense showdown last night in Indianapolis. I spent the evening wandering between various downtown bars and wound up at B-Side in the East Village, where I took this picture of the moment Ahmad Bradshaw scored the Giant’s winning touchdown. 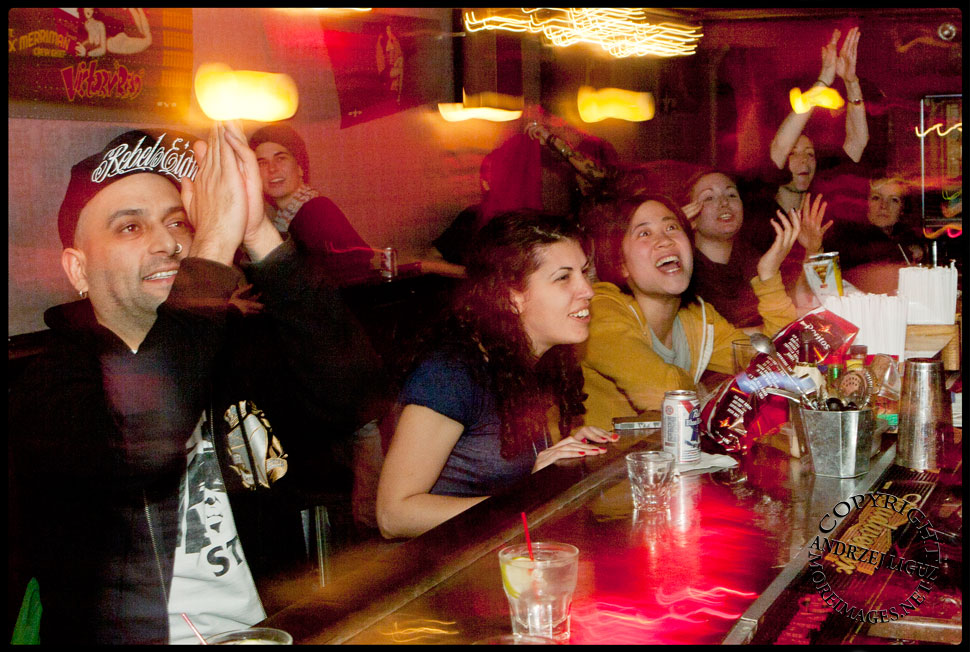 The last minute was incredibly tense as the Giants re-took the lead with only 60 seconds left on the clock. Somebody in the bar commented that it can sometimes seem like it’s taking 30 minutes to play the last minute. As a non American I’ve always wondered why the clock is stopped when play stops and so if anybody has any explanations please leave a comment. 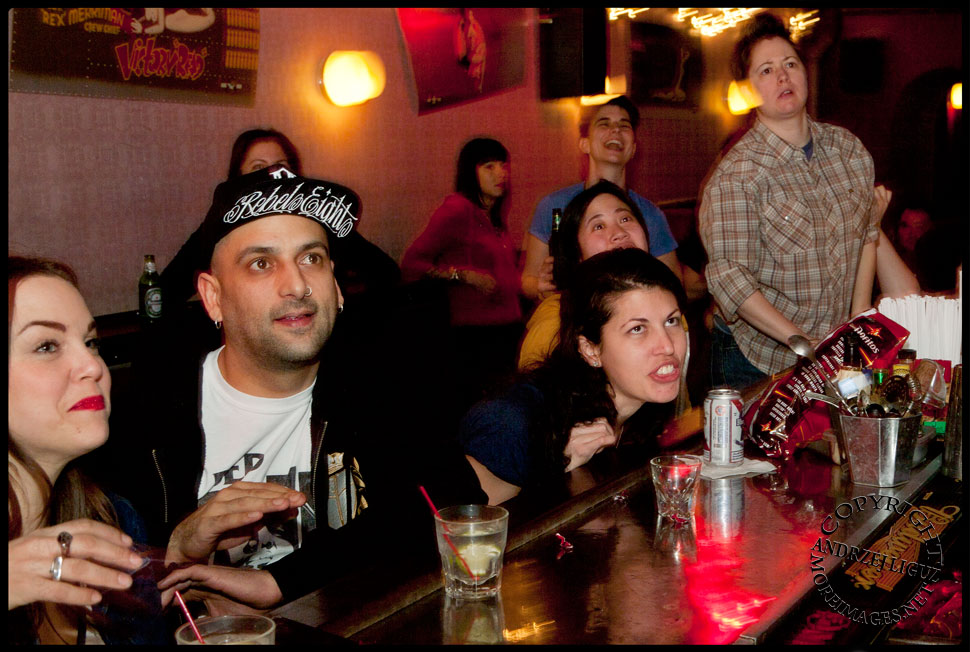 There were a couple of Patriots fans amongst the small crowd in this very cool but decidedly non sport and definitely music oriented bar. They looked horrified. 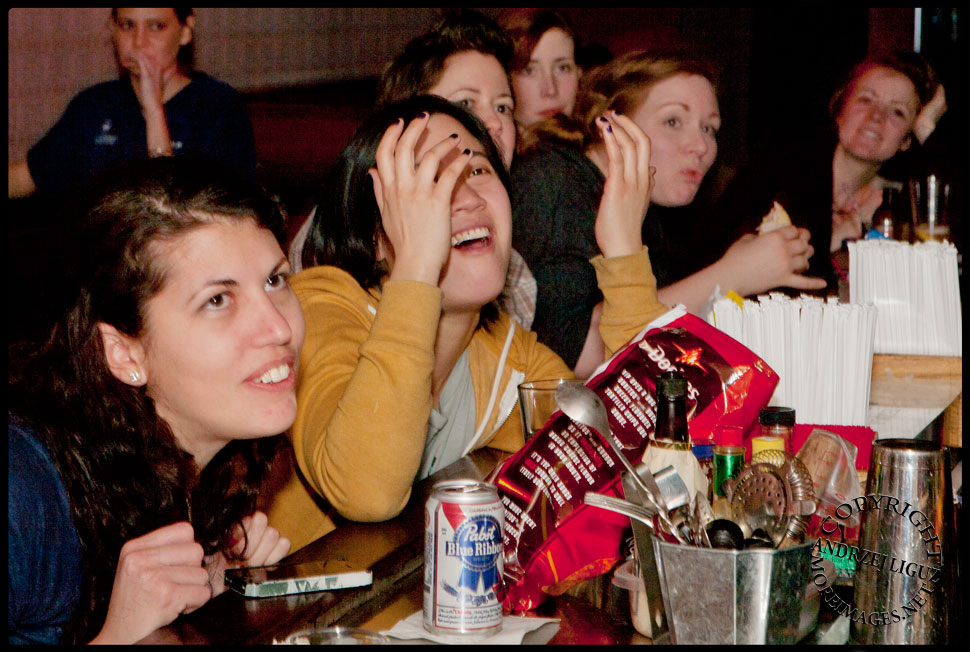 On the other hand, as the final whistle blew the Giants fans collectively exhaled a breath of relief and shouts of joy could be heard all over the city as the Patriots could have still won in those last seconds. 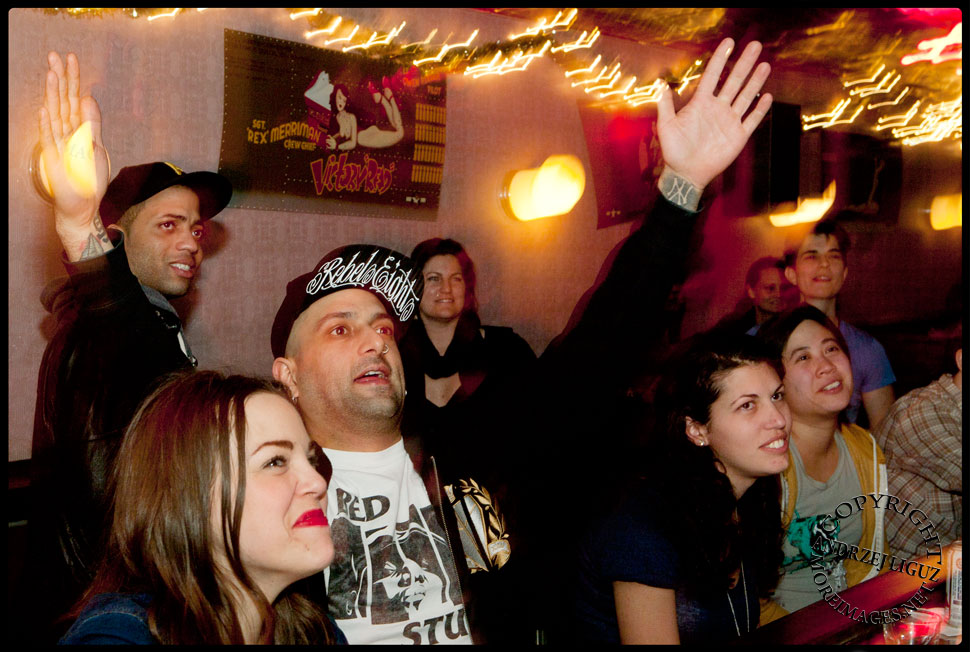 Madonna performed during the half time show and a few weeks ago I met Nicholas Grasa at the Bowery Hotel, who had just scored the job of styling her performance. He was excited and with good reason. This is one of the biggest shows in the world. The beginning looked like something from the Opening Ceremony of the Gay Olympics. But better. Big butch men dressed in ancient Roman garb pulled Madonna into center field on some kind of wagon hidden behind 20′ tall feathers which parted and showed her in a gold cloak like some ancient Roman High Priestess. She  opened with ‘Vogue’ and was joined by LMFAO for the segue into ‘Music’ which featured  some guy bouncing on a tight rope. His act looked like it could potentially cause him some serious damage . Nicki Minaj and MIA (who has created controversy by ‘flipping the bird’ during her segment) came across as pom pom porn stars during new single ‘Give Me All Your Luvin’ and then Cee Lo showed up with a choir for show closer ‘Like a Prayer’, which brought the house down.

Something I will mention in passing is that like most people I believed these performances to be live until I was informed differently a couple of years ago by someone who was working on the production side of things during a Superbowl performance – he told me the entire show was pre-recorded and lip synced. Shock, horror.

After the game I made my way further down Avenue B to Katie’s Joint, a vegetarian restaurant that was the venue for the birthday dinner of my extraordinary friend Theresa Byrnes. I photographed her for Who Weekly Magazine seventeen years ago and was delighted to discover she was living in NYC when I moved here six years ago. She is one of the most inspiring people I’ve ever met and I have enormous respect for her. Check her out. She rules. 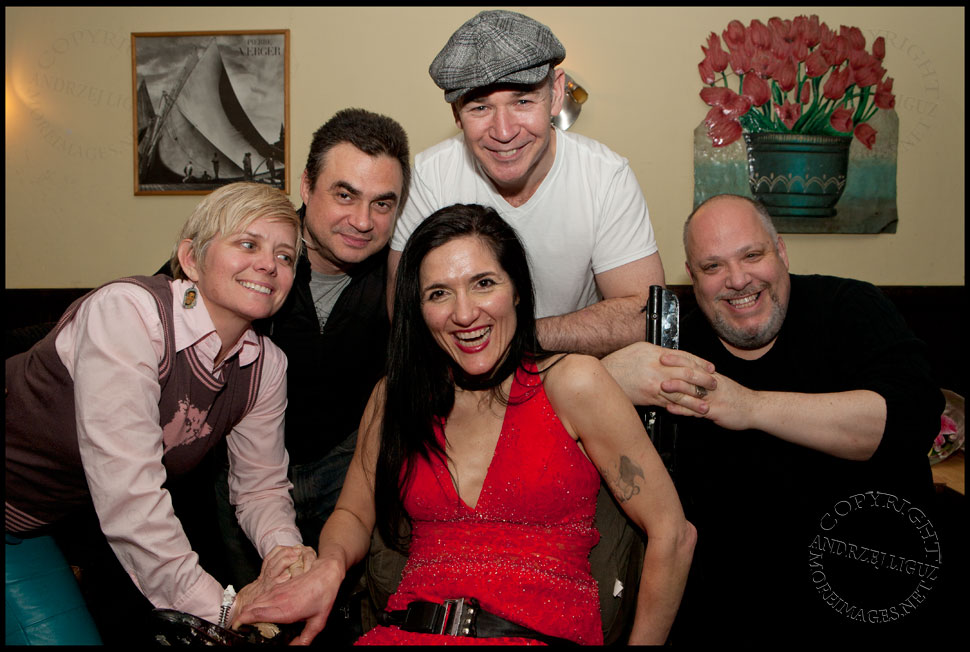 Theresa Byrnes birthday dinner © Andrzej Liguz/moreimages.net. Not to be used without permission.