I shot this picture of actor Timothy Olyphant at the Museum of Arts & Design a few weeks ago and it was published yesterday on the front page of the Arts & Leisure section in the New York Times. It was my first shoot for the Times and I was really happy with the results. 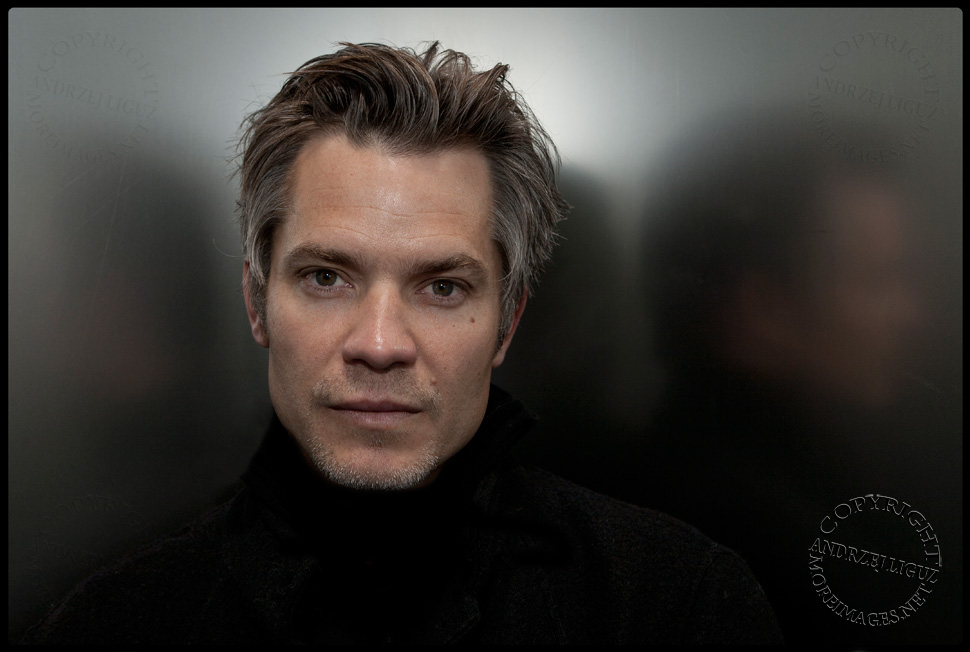 I was also excited about the subject as I am a huge fan of Deadwood. Olyphant played the laconic Sheriff Seth Bullock in this superb gothic western that was disappointingly cancelled in 2006 after only three seasons. 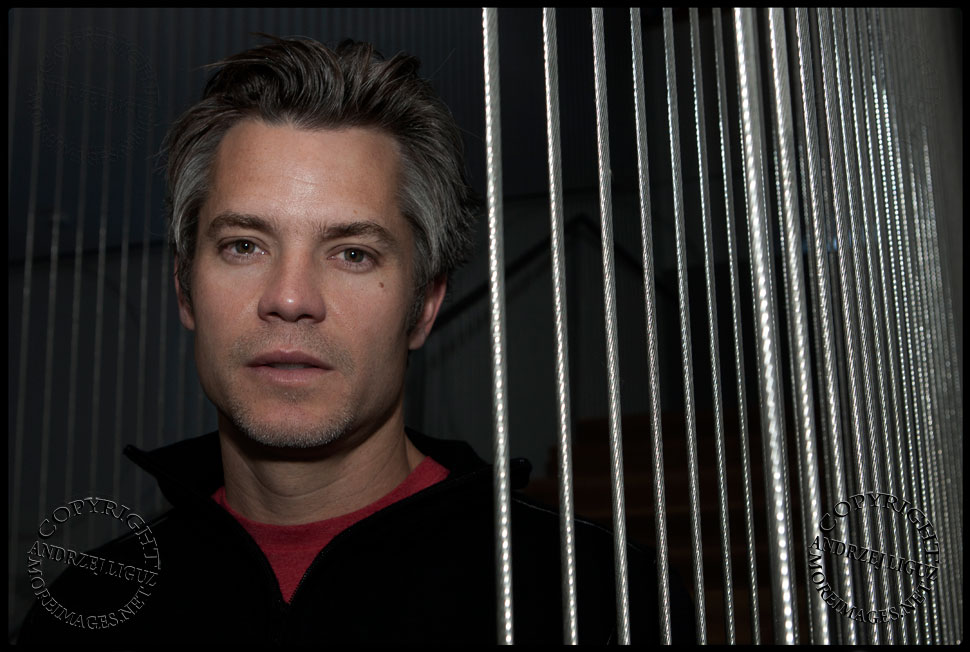 He then experienced some ups and downs with his career (he’s starred in well regarded movies such as Go as well as the blockbuster Live Free Or Die Hard with Bruce Willis) before winning an Emmy last year for his nuanced performance as Marshal Raylan Givens in the very cool ‘Justified’ (on the FX Channel), which is based on a character developed by noir author Elmore Leonard. 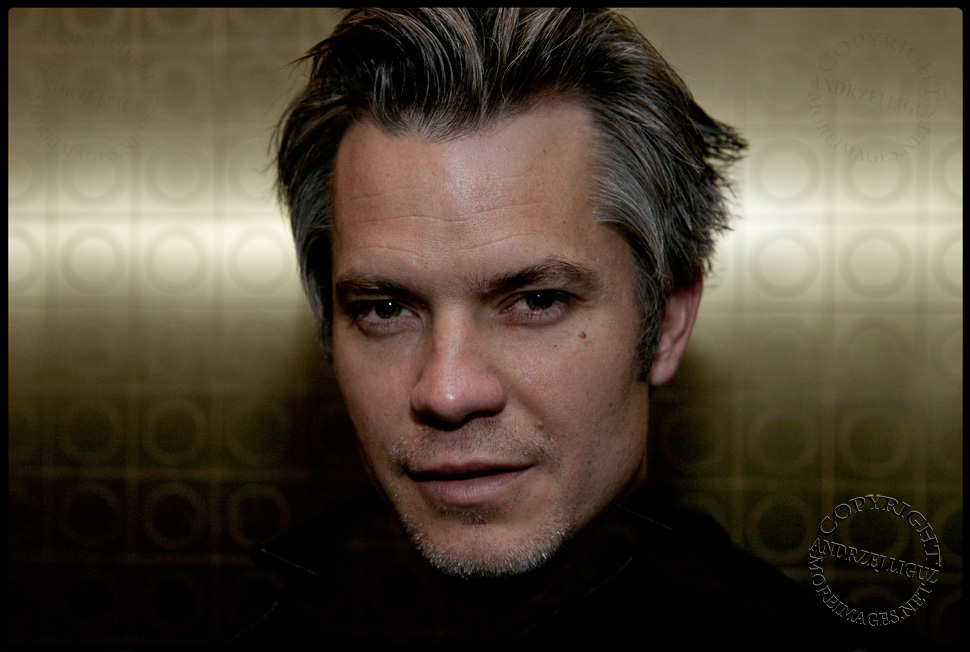 Tim was really sweet and extremely accommodating, especially considering I was having one of those ‘Murphy’s Law’ days where everything that can go wrong, will go wrong. 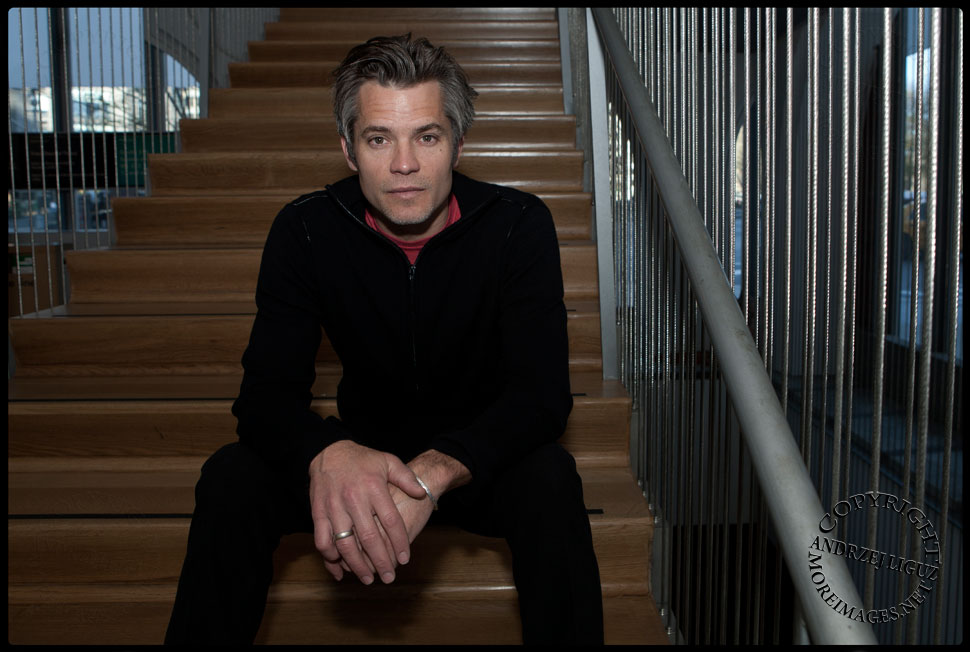 I won’t go into details as I don’t want to relive that particular nightmare, but suffice it to say that at the end of the day I was really happy with what I got from the 15 minutes I spent shooting him. As is normal, only the first picture in this series was run by the newspaper, which is why I thought I’d post the rest here so they can be seen. 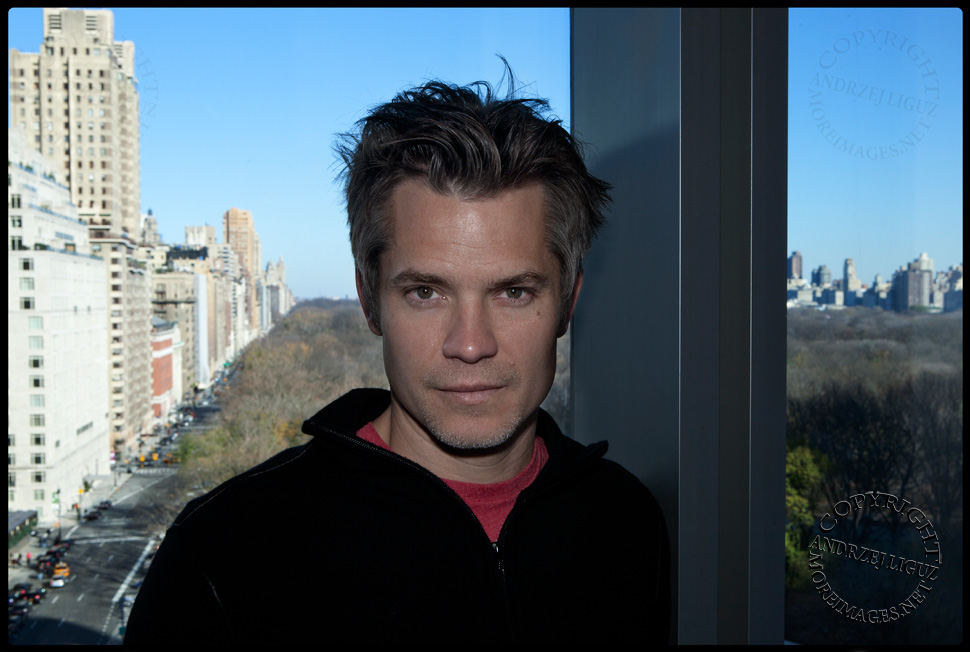 Actor Timothy Olyphant at the Museum of Arts & Design © Andrzej Liguz/nytimes.com. Not to be used without permission.

It was unfortunate that my name was spelt as Andrzej Liquz on the caption in yesterdays Times, but that kind of mistake by a sub editor who’s never met me is something I got used to a long time ago and at least this time it’s a spelling I hadn’t seen before. Which surprised me because on reflection I realised that it’s probably one of the more logical misspellings its possible to make as the Q and the G look quite similar. 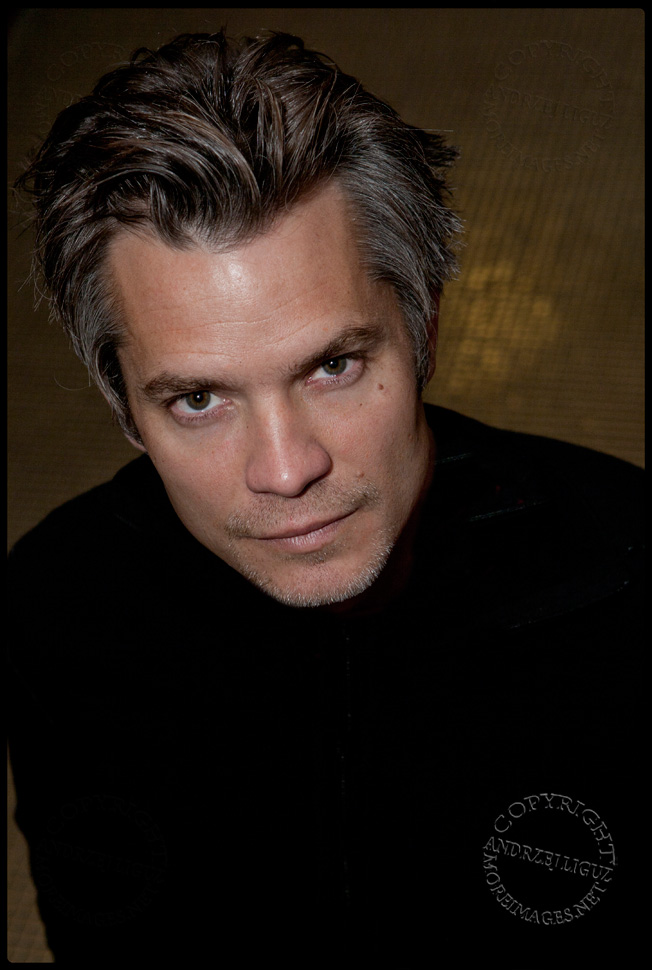 All the people involved with this shoot were really pleasant and easy to deal with. Timothy Olyphant was genuine and engaging as the subject and Cecilia Bohan was a delight as the Commissioning Editor at the Times. Jeremy Egner wrote an insightful article to go with the pictures (which can be read here) and publicist Cara Tripiccio from WKT PR looked after her client well. This shoot took place on a Sunday and particular thanks have to go out to Marisa Bartolucci at the Museum of Arts & Design who was gracious enough to come to work on both her days off as I went to the Museum to check for locations on Saturday before doing the shoot there on Sunday.

And it was Timothy’s superb idea to use the Museum as a location – there was some great Korean art there for an exhibition so if you are in NYC, go see it. I discovered that Tim actually studied art at university and he was delighted when I gave him a card featuring a picture of The Recycle sculpture I built some years ago in Australia.

All in all, a great shoot and a great result.