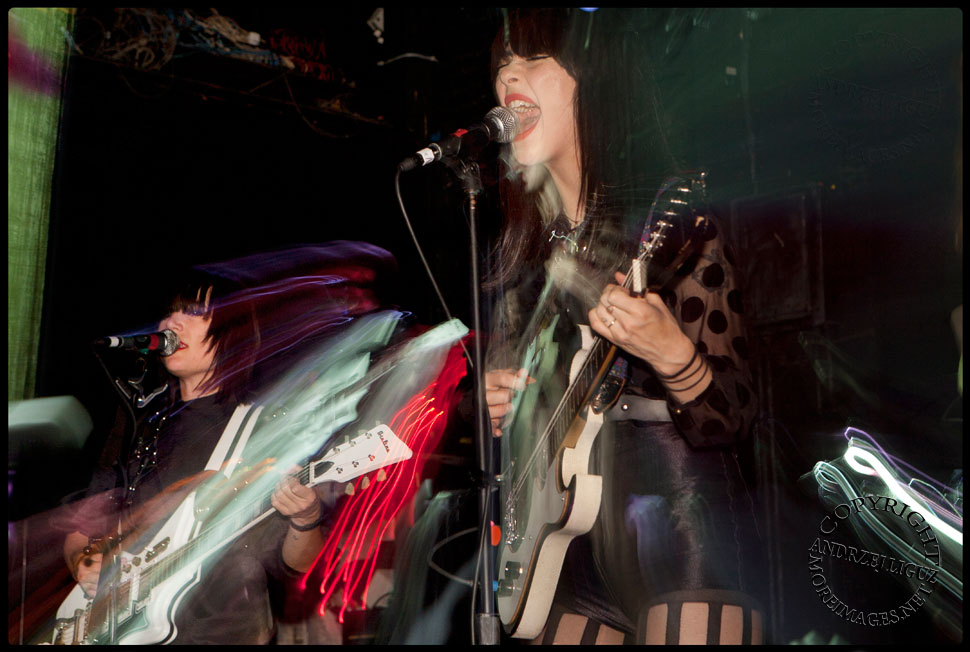 Started by Dee Dee (aka Kristen Gundred) in 2008 as a solo project after the demise of her former band, the Grand Ole Party, with the help of husband Brandon Welchez of the band Crocodiles, she recorded and released a couple of EP’s and singles on her own Zoo label.

Those first songs suffered in production values, but they had that ineffable quality that A&R guys from labels search for high and low. In stepped industry heavyweights Scott Cohen and Richard Gottehrer, who co-founded The Orchard (currently the largest distributor of digitized music in the world) and manage bands such as The Raveonettes and The Deer Tracks. 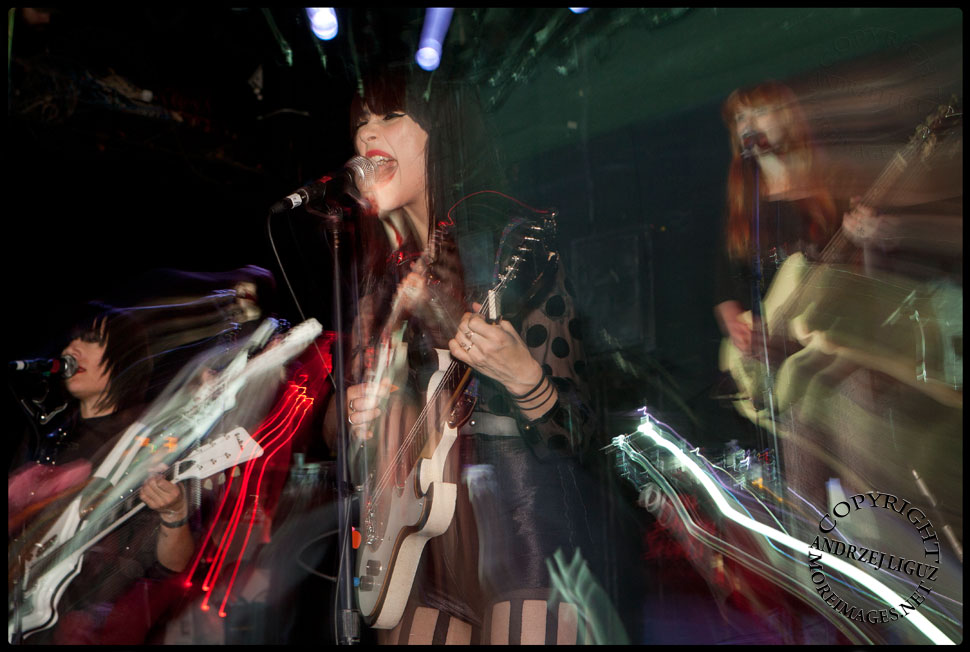 Gottehrer has some serious pedigree. As well as co-writing ‘My Boyfriend’s Back’ for The Angels in 1963, he was one of the The Strangeloves (who pretended to be Australian!!??) and was instrumental in the development of The McCoys having a huge hit with ‘Hang On Sloopy’. He then went on to co-found Sire Records with Seymour Stein and produced the debut albums by Blondie, The Go-Go’s and Richard Hell & The Voidoids as well as albums by The Fleshtones, Dr. Feelgood, Robert Gordon & Link Wray, Joan Armatrading and The Raveonettes amongst a ridiculously large stack of others.

He produced the first full-length Dum Dum Girls release, ‘I Will Be’, which came out on vinyl only in March 2009 on HoZac Records. Sub Pop snapped up the band and released ‘I Will Be’ later that year on CD, at which point Dee Dee officially expanded the band to a four piece. 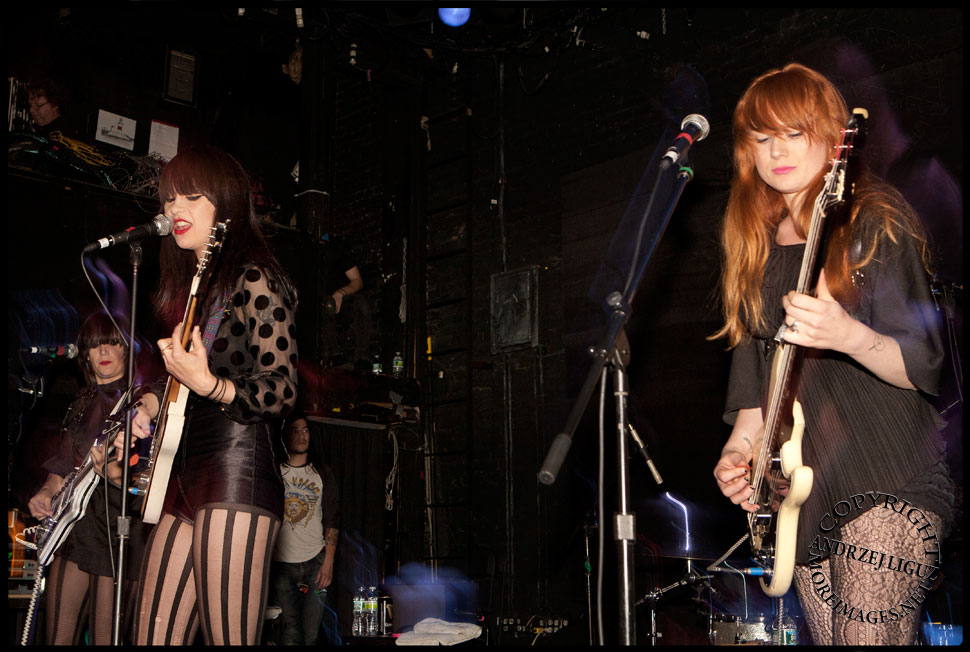 Critics around the world swooned. A paen to the love of Dee Dee for her husband, it was a remarkable debut which married girl group bubblegum pop with the dirty fuzz of the Jesus & Mary Chain and was presided over by the ghost of Phil Spector, back when he was still a genius and not a washed up psycho freak with a gun and homicidal tendencies.

Highlights included ‘Bhang Bhang I’m A Burnout’, the duet (with husband Brandon) ‘Blank Girl’ and the sublime closer, ‘Baby Don’t Go’, which presaged a deeper and more sensuous sound that was coming.

Early in 2011 they released the ‘He Gets Me High’ EP. Sune Rose Wagner from The Raveonettes joined Richard Gottehrer for production duties and the sound was noticeable thicker. Some might call it more commercial, but the fact is that it works. Similar to the way The Jesus & Mary Chain stepped up with ‘Darklands’ after the lighter froth of ‘Psychocandy’, ‘He Gets Me High’ cranked up the sound in quality and density. 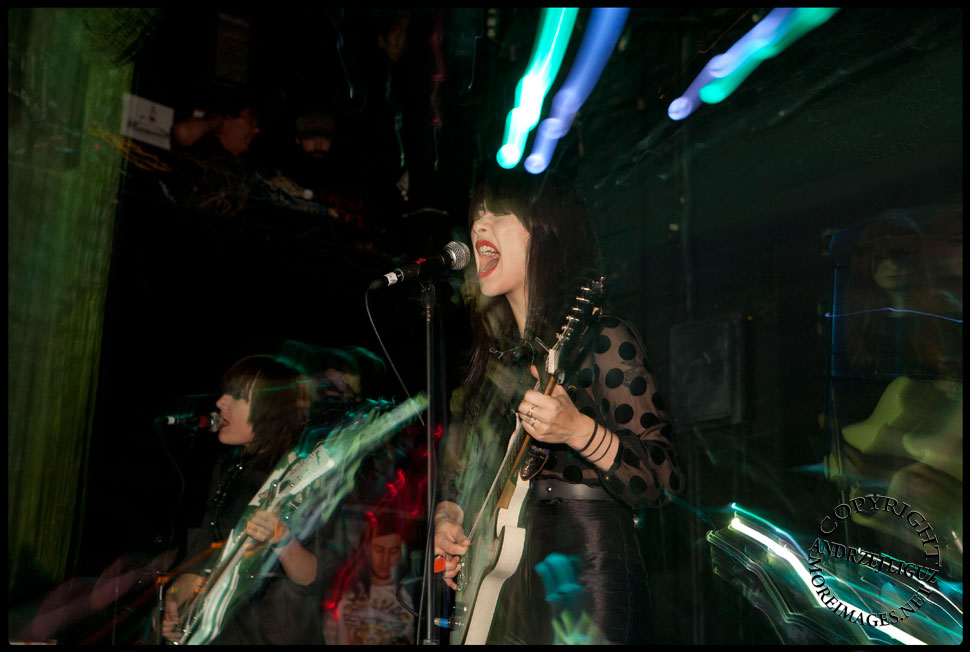 But that was just a teaser for the tour de force that is the recently released ‘Only In Dreams’. It’s a much darker piece of work than anything produced to this point. It’s an unusual record for this genre of music as it’s steeped in the kind of sadness that’s normally kept under lock and key because it charts the death of Dee Dee’s mother and the loneliness of a girl away from her man because of constant touring.

The songwriting has matured dramatically and produced phenomenal songs like the perfect six minutes and thirty seconds of ‘Coming Down’ and the sublime ‘Hold Your Hand’, which was written immediately after her mother was diagnosed with her fatal illness. It also contains pop gems like ‘Bedroom Eyes’, ‘Caught In One’ and ‘Just A Creep’.

I saw the Dum Dum Girls for the first time during CMJ this year at the Bowery Ballroom and they made their intentions known with the kick ass opener ‘Always Looking’ which they followed with the fuzz of ‘Bhang Bhang’.

Their debt to the Jesus & Mary Chain also showed in the paucity of their lighting rig. Projections may look cool from the back of the hall but as a photographer, it’s incredibly difficult to get images that flatter the artist if the lighting show is all but none existent. More often than not photographers can only take pictures for the first 3 songs and are not allowed to use flash. I was fortunate at The Bowery that I was able to use flash otherwise i doubt I would have gotten any decent pictures. I’ve found myself surprised on more than one occasion when talking with live lighting designers/operators who haven’t thought about this really basic and simple marketing fact.

Next up was an updated nod to their past with ‘Catholicked’ from the ‘Dum Dum Girls EP’, their first ever release. The machine gun drums of the title track from ‘I Will Be’ ratcheted up the amps before everything slowed down for ‘Rest Of Our Lives’. This followed by the current sublime single, ‘Bedroom Eyes’ which has everything one could possibly want from four minutes of pop perfection.

‘He Gets Me High’ was dedicated to husband Brandon and the semi hometown crowd roared its approval. Other highlights included ‘Teardrops On My Pillow’ and ‘Jail La La’, which is one of their first songs that was re-recorded for the ‘I Will Be’ album.

The Dum Dum Girls cite The Ronettes, The Shangri-La’s, Ramones, Siouxsie & The Banshees, JAMC, Patti Smith and Mazzy Star as major influences and all of those are certainly there in the foundations. Interestingly enough it appears they are careful to stay away from mentioning Chrissie Hynde and the Pretenders, but the fact is that songs like ‘Heartbeat (Take It Away)’ their penultimate song at the Bowery, could easily have been on the first Pretenders album and it’s a song that Chrissie Hynde would have been proud to write. This not a bad thing. Far from it. They’ve taken their influences and made the music that inspired them their own. 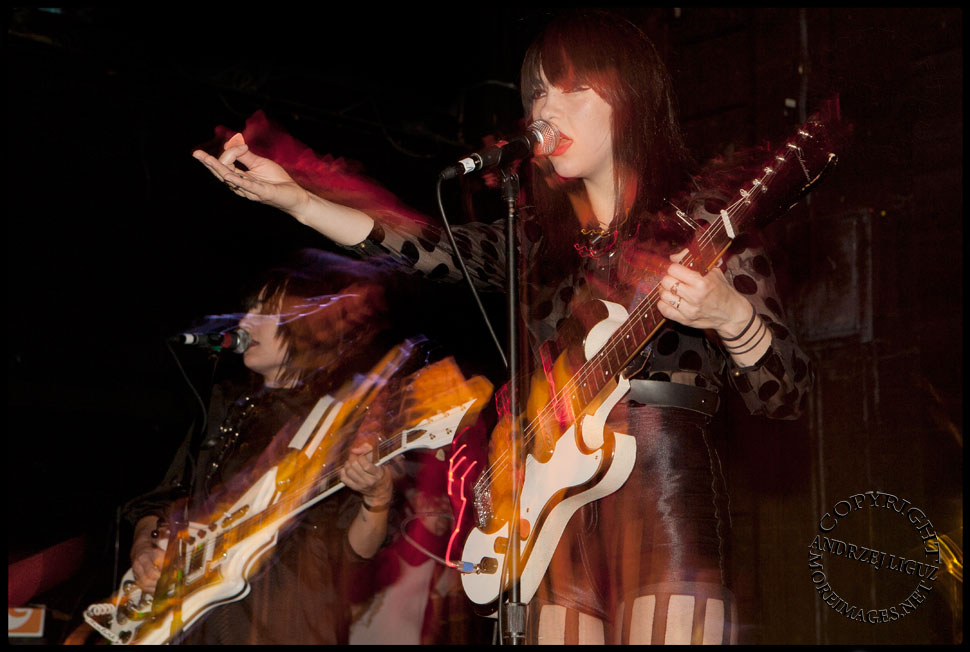 They wrapped this triumphant show with their cover of The Smiths ‘There Is A Light That Never Goes Out’, which was on the ‘He Gets Me High’ EP and is definitely in keeping with the darker themes now coming through their music. This was a great show and the only disappointment was that they didn’t play the magnificent ‘Coming Down’ and I can only hope they will play it the next time I see them.

Because there will definitely be a next time. It is very unusual for a garage pop band to go deep and dark in the way the Dum Dum Girls have this year and I believe they will get the mainstream success they deserve with the phenomenal ‘Only In Dreams’ album. Go and buy a copy of this garage pop masterpiece today.