Halloween with The Black Angels: Killer Songs For A Killer Night

The Black Angels rule. This seriously cool psychedelic rock band from Austin, Texas played Halloween Night at the Music Hall Of Williamsburg and the zombies and freaks of Brooklyn came out to party. And the band played dress ups as killers for the Halloween Night as well as playing a set of killer songs. 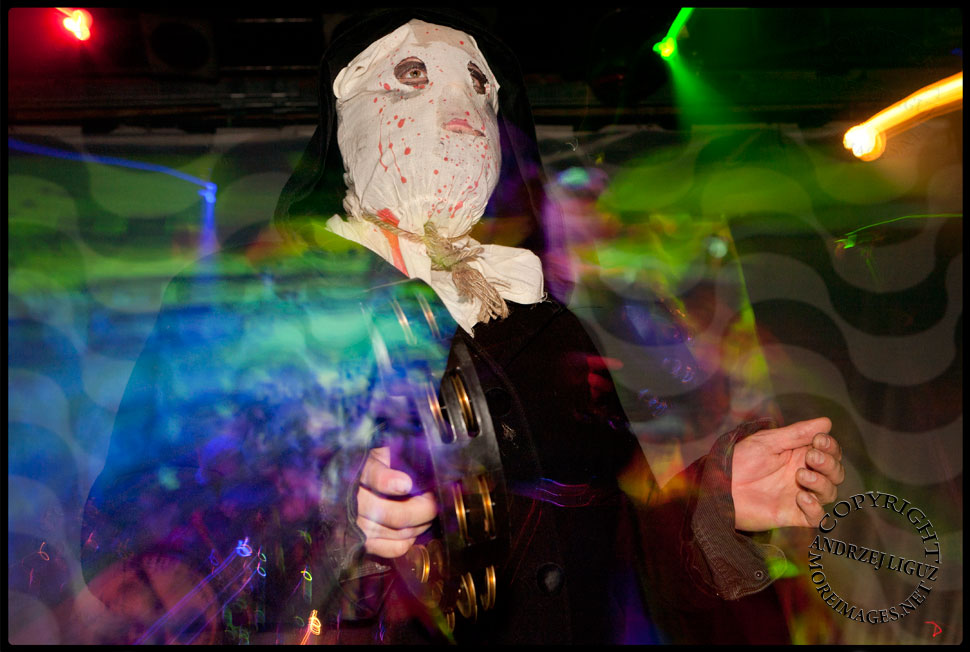 They formed in mid 2004 and over the last seven years have grown to be one of the most respected psychedelic bands currently creating music. They’ve carved their own niche and now stand alongside some of the great guitar bands such as Spacemen 3, Spiritualized, Brian Jonestown Massacre, The Black Keys, BRMC and The Warlocks. 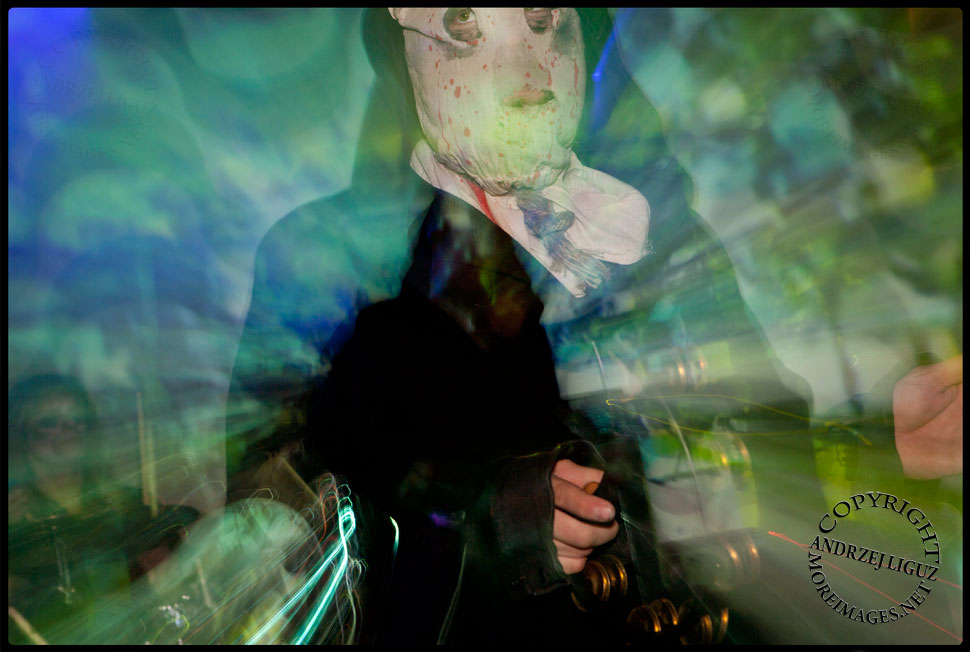 But name-checking a bunch of bands doesn’t really show the depth this band have found in their music and their fans. The audience screamed with delight when they saw the band take their stage dressed in masks and robes for Halloween. They made their intentions for the night known by starting with the superb Haunting at 1300 McKinley and followed up with The Sniper from Phosphene Dream. 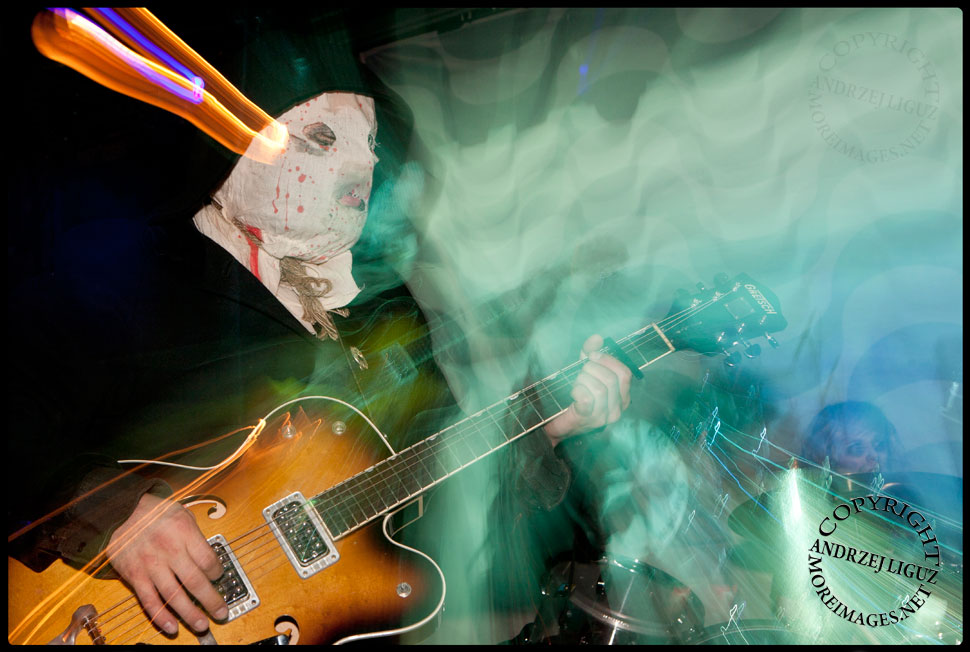 The rolling drums laid down by Stephanie (aka the coolest drummer in the world) led the way into Mission District from Directions To See A Ghost. Black Grease from first album Passover came next before giving way to the Jefferson Airplane tinged Yellow Elevator #2.

This band have serious discipline – I was amazed to see they kept their costumes on through the whole show as they must have been pouring sweat and most other bands would have dropped the costumes after the first few songs. But the Angels didn’t. 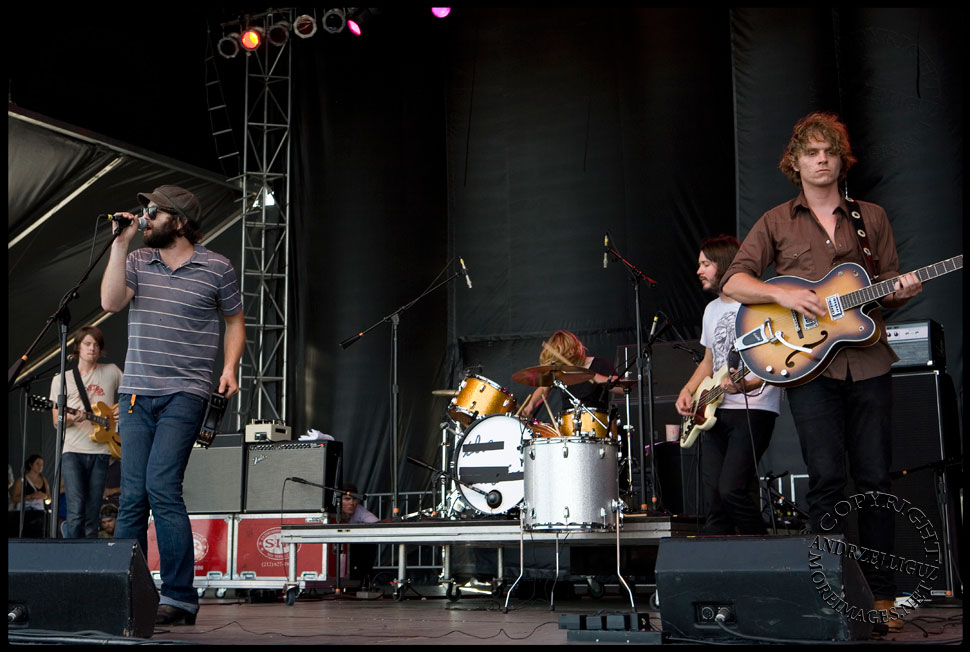 The Black Angels at APW Festival © Andrzej Liguz/moreimages.net. Not to be used without permission.

They weren’t wearing costumes the first time I saw them, at All Points West Festival in 2008. They were simply powering their way through an amazing collection of songs and having a lot of fun in the process. I met them in NYC around that time and was as impressed by them as individuals as I had been by the show they’d created which blew every other band off stage at APW.

I’d ended up at the Angels show on Halloween night as I’d bumped into lead singer Alex the previous night at the new ‘No Fun’ bar opened in the Lower East Side by A Place To Bury Strangers drummer Jay. I’d gone there to celebrate a friends birthday and didn’t realise The Black Angels were also having a party there to celebrate their series of four shows at the Music Hall Of Williamsburg. NYC is almost like a second home for them now and they can draw big audiences here.

Back at Music Hall Of Williamsburg, Young Men Dead and The Prodigal Sun were particular highlights and inspired the audience to go seriously nuts, moshing like it was 1994 in Seattle or somewhere like that. The band wrapped up the night with the winning trifecta of Dhiri Rishi, Entrance Song and Phosphene Dream before coming out for a great encore featuring Tomorrow Never Knows by The Beatles.

The Black Angels have a new album coming out in the New Year. It’s going to be amazing. Order yours now and avoid the rush. 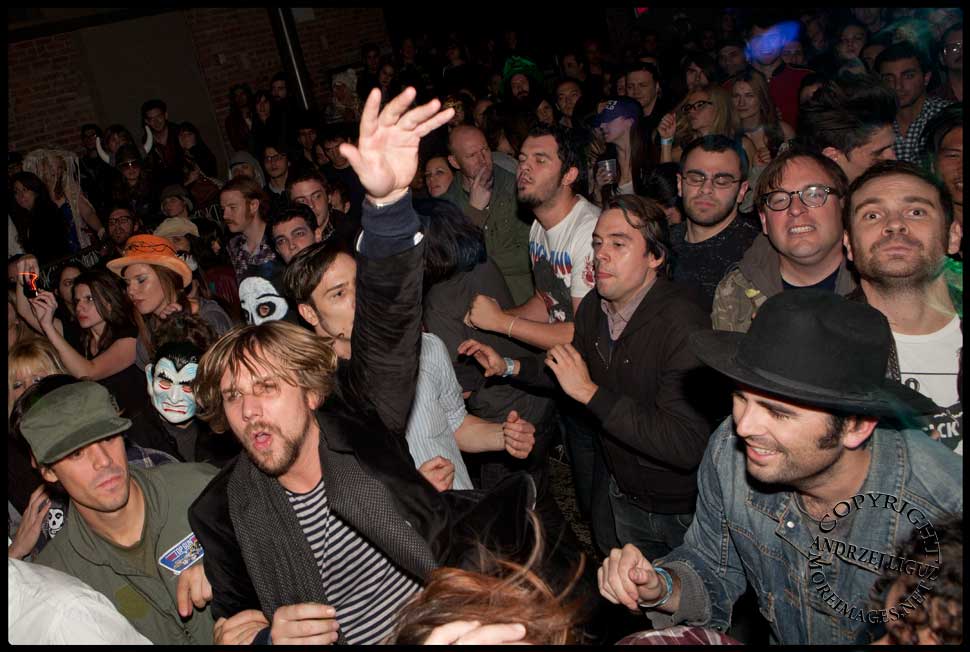 The Black Angels Audience © Andrzej Liguz/moreimages.net. Not to be used without permission.