Slice and dice, baby, slice and dice. It’s time for the long shadow of The White Stripes to step aside for two new kids on the block. Cairo Knife Fight have chosen an appropriate name. Wielding the sharpest knife in the souk, they’ve carved themselves a musical niche only dreamed of by lesser mortals. 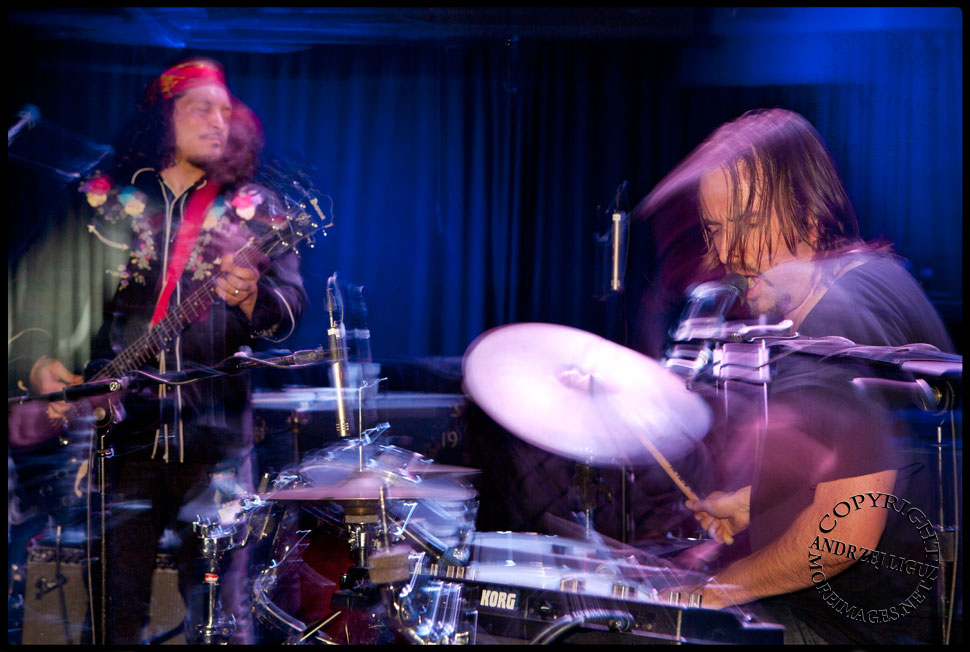 Cairo Knife Fight © Andrzej Liguz/moreimages.net. Not to be used without permission.

As happens more often than not in countries like New Zealand where the musical scene is genuinely tiny, drummer/lead vocalist Nick Gaffeney and guitarist/loop head Aaron Tokona jammed together one extremely drunken night in a Wellington bar. And much like many bastard children who were spawned in such circumstances, Cairo Knife Fight came into the world kicking and screaming. And they still are.

Looking like a refugee from some kind of serious acid trip, Tokona wears a headband that he could have found back in the 1970’s and Gaffaney sports a Zapata moustache than any 70’s rocker would have been proud of. But their sound is not from the 1970’s.

Well, not the ’70’s that spring to mind from that sartorial perspective. If we had to use that decade for musical reference points, I would suggest some bastard child of the Stooges and Neu! with a serious side of Zeppelin. Not when they were bloated parodies of rock n roll but when they were stomping their opposition into the ground with a glee the Pistols could only dream about. 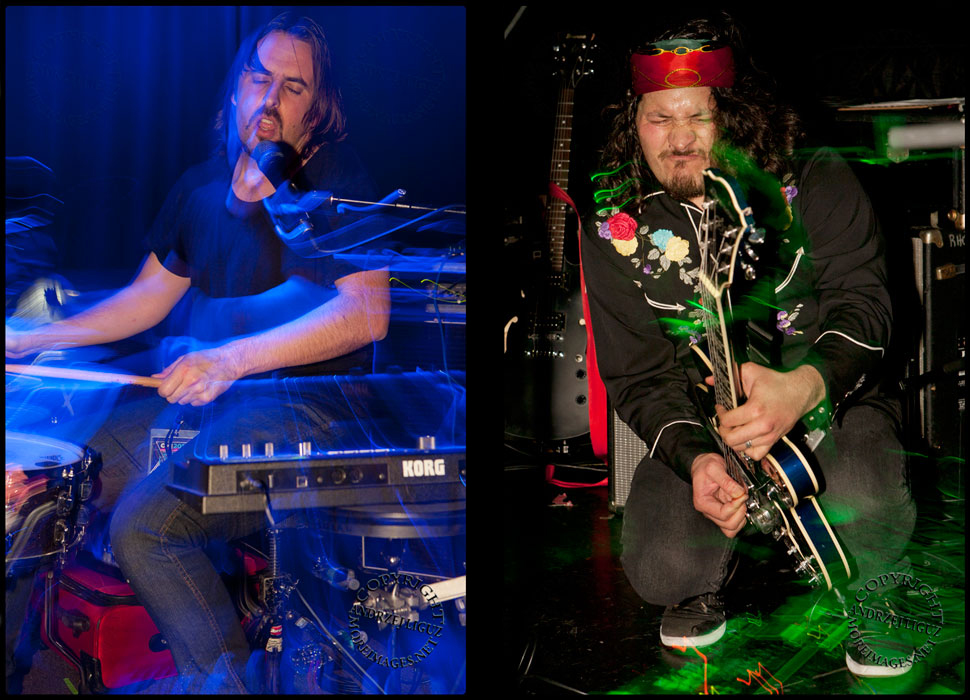 Nick Gaffeney and Aaron Tokona © Andrzej Liguz/moreimages.net. Not to be used without permission.

But those reference points don’t even come close to describing the sheer ferocity this duo create with their wall of sound. They could almost be accused of being a prog rock band if they didn’t have that brutal guitar sound drilling its way into your head. There are very few times in my life I’ve felt sonically bludgeoned into smiling and dancing at the same time.

They recorded their second EP at Roundhead studio’s in Auckland using a Neve desk that had been custom built for The Who. Grace by Jeff Buckley and Bat Out of Hell by Meat Loaf were both recorded on this old piece of machinery (by todays digital standards). Serious standards have been set by this history and Cairo Knife Fight hold their own in this company.

Like every other band they have obviously been hunting for something original to create. In this instance, they’ve succeeded with blood sweat and tears. Cairo Knife Fight bring fresh kill to the table. And you can smell the blood on their breath.

Cairo Knife Fight will blow the cobwebs from your brain. They are playing one more CMJ show in NYC at midnight tonight at Local 269, 269 East Houston St. I will be there. If you are in NYC, I suggest you join me. 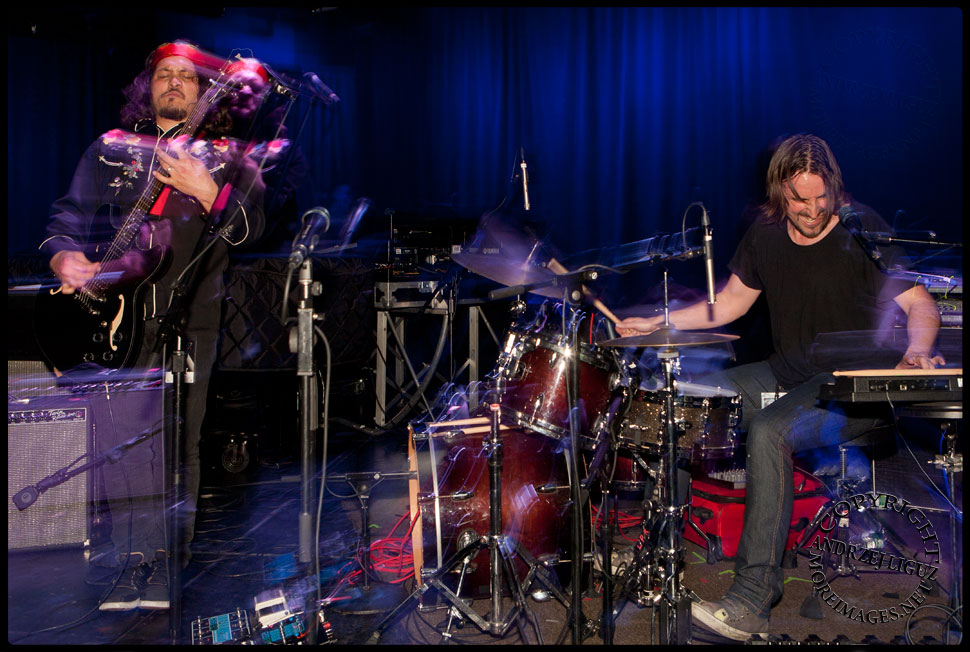 Cairo Knife Fight © Andrzej Liguz/moreimages.net. Not to be used without permission.