Black Uhuru at Glastonbury was the beginning: 25 Years of Photography

I started my photographic career 25 years ago with this image of Junior Reid from Black Uhuru performing on the Pyramid Stage at Glastonbury Festival. I spent the entire 3 days of the festival at the side of the stage taking pictures. It was published in Black Echoes, a specialist music paper that focused on reggae. 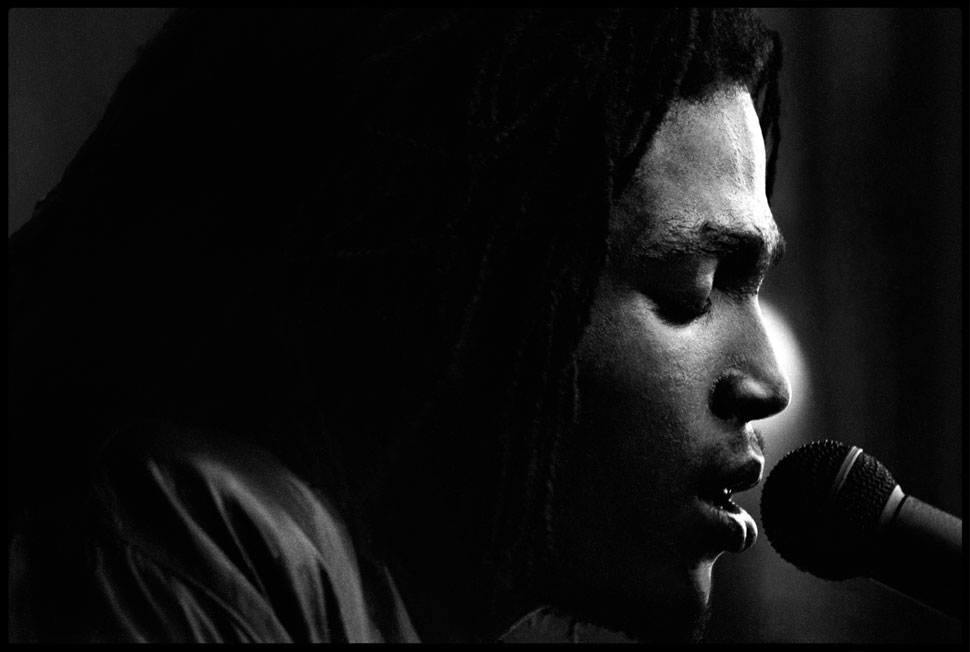 Black Uhuru © Andrzej Liguz/moreimages.net. Not to be used without permission.

I found my first camera at a bus stop when I was 24 years old and living in Bath. It was a Minolta X-500 and when I migrated to Australia I took it with me. I ended up living in a small cattle town with a population of 3500 called Kyogle on the north coast of NSW. As there was nothing to do there I got involved with the local CYSS (Community Youth Support Scheme) which had been set up by the Federal Government to help young people under the age of 25 to retrain in skills so they could find jobs. I ended Chairman of the CYSS, but that is an entirely different story.

Through the CYSS there was a photography course offered by a Canadian called Daniel who lived in Cawongla, a nearby hamlet of half a dozen houses. As I had a camera and nothing better to do, I signed up. It turned out I was the only one to do so, but that didn’t stop Daniel from teaching me what he knew. He had a darkroom set up in a little shack out the back of his house and taught me the rudiments of processing and printing black and white pictures. I’ll never forget the times I spent in that dark little room in 40 degree heat almost dying of the fumes.

The following year I returned to England and got my old job back selling advertising at a company called Setform, which has now grown from the six people who worked there then to a multi national publishing company based in London and Sydney. Black Echoes was housed in the same building on City Rd in Islington. They knew I had a camera and was planning on going to Glastonbury (as I’d been several times before), so the editor offered me a photo pass and asked me if I was interested in photographing the festival for them.

I accepted with alacrity and to my delight the Photo Pass allowed me access onto the main stage and pretty much anywhere I wanted to go. I shot 30 rolls of film in 3 days which was more than I’d shot in my entire life up to that point in time. Some amazing bands played. Highlights included The Waterboys, The Pogues, Lloyd Cole, Ruby Turner, The Cure, Madness, Simply Red and Black Uhuru, who were backed by The Wailers. This was also where I met Gil Scott-Heron for the first time – see my previous blog about this amazing but tragic artist.

I returned to London clutching my film and got it all processed it at Joe’s Basement, a professional Lab on Wardour St in Soho. Which was my first lesson in the economics of photography. I spent over £300 on film, processing and printing yet only got paid a total of £10 by Black Echoes for my efforts.

But the real benefit from doing all this came later. When I picked up the prints from Joe’s Basement a girl came out from the darkroom and told me that if I was thinking about doing this professionally, and this was good enough, then I shouldn’t use this type of film as it was rubbish. The film in question was Ilford XP-400. I never knew the girls name, but what she said to me that day changed my life. I walked away and thought to myself that she would see literally hundreds of peoples photographs and when she heard I was picking up my pictures she had taken the time to come out from the darkroom and tell me my work was good enough to be professional.

So I decided to prove it was possible to make a living from taking pictures within one year having never done it before. I refused to do anything but take pictures to make money as I figured that would force me to find work as a photographer. I moved into a squat on the border of Primrose Hill and Belsize Park with some friends and proceeded to try and find work. I did some live shots for a couple of labels and then scored a job as house photographer at the Limelight Club taking pictures of pissed pop stars that would then be sold to the tabloids. I hated it, but it kept me alive long enough that I got to the end of one year and found I had £1000 in the bank. So I figured I could call myself a photographer.

That first couple of years I always felt like a fraud. Like someone was going to come and tap me on the shoulder and ask me to leave as I wasn’t really a photographer. Now, ironically enough, it’s rare that I describe myself as a photographer. When people ask what I do, I tell them I take pictures and make things. Which is reasonably accurate.

I know that this years Glastonbury coverage in my Blog came to a sudden halt on the Saturday night, but the fact of the matter is that I got overwhelmed with work as I ended up taking over 3500 pictures whilst I was there. And I’m still editing them. On the music side of things I photographed U2 on the main stage on Friday night in the driving rain and then a bunch of stuff around The Unfairground on Saturday night, as that was definitely the place to be.

Mumford & Sons played on the Strummerville stage to 200 people, Thom Yorke DJ’d to 35 people in the Crashed Airplane around 2am whilst Fat Boy Slim and Carl Cox mashed it up in Sharkeys. On Sunday I shot Fishermans Friends, Paul Simon, DJ Herve and Bez dancing madly as Alex Patterson (aka The Orb) played a very cool DJ set to close out the Festival in The Unfairground. I will post pictures from all these shows tomorrow.