Glastonbury in the Mud: Armageddon Time Is Here Again

So today I’m heading off to the serious mud pit that will be Glastonbury Festival this year. Armageddon as described by Joe Rush yesterday. But I’m going anyway. It’s an important place for me. It’s where I started my photographic career 25 years ago and where I joined the Mutoid Waste Co 24 years ago. 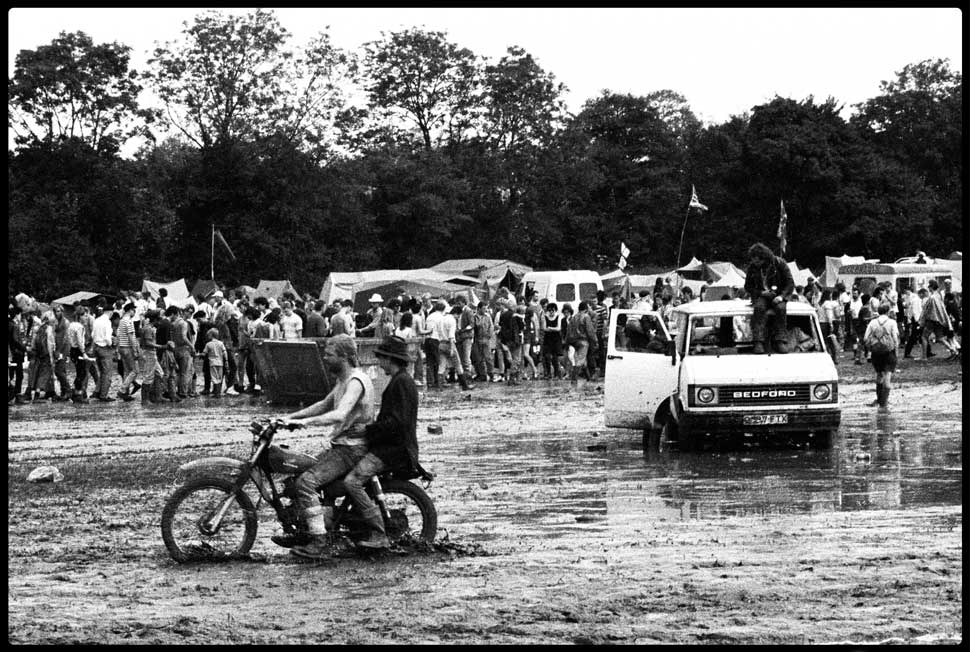 Glastonbury Mud 1987 © Andrzej Liguz/moreimages.net. Not to be used without permission. 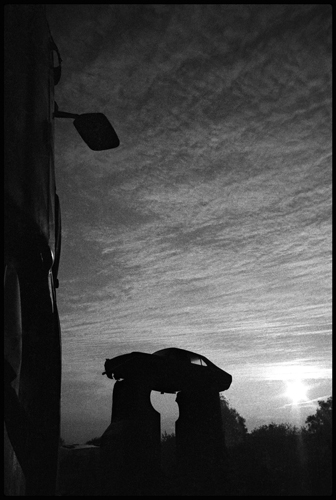 Carhenge at Glastonbury 1987. © Andrzej Liguz/moreimages.net. Not to be used or distributed beyond this website without permission.

As I had already spent several years developing scavenging skills by hanging out at tips and scrap yards, I could completely relate to their scrap aesthetic. They were also the only thing in England at that time which had any real heart as Thatcher was running wild and everything was being flattened into conformity. Apart from the Mutoids.

This picture of Carhenge by the Mutoid Waste Co. was taken at dawn on the Summer Solstice in 1987 at Glastonbury Festival. I had been wandering around the Festival when I came across the Mutoids camp and ended up spending more and more time there. They were a mutant cross between Mad Max and Judge Dredd (not the Sylvester Stallone version) and I felt an immediate kinship. To such a degree that I ended up hitch-hiking to Edinburgh a month later and joining them at the Edinburgh Fringe Festival. But that is a whole different story which I already covered in this blog. And to see more images of the Mutoids check the M.O.R.E. Gallery on this website.

This last picture was also taken in 1987. Seems appropriate somehow. Make love, not war. Even in the mud. And we are all going to need that perspective next weekend. It appears the organizers have sold 177,000 tickets to the biggest mud bath in history. Cars were banned from entering the Festival site 2 days ago. This is the first time the organizers have closed access to vehicles this far in advance of the actual festival. They must be worried. Probably with good reason, methinks. But time will tell.

I’m going to be writing in here every day over the next week. and sometimes maybe even more than once a day. Come back and see wh’appen at this years Glastonbury…. 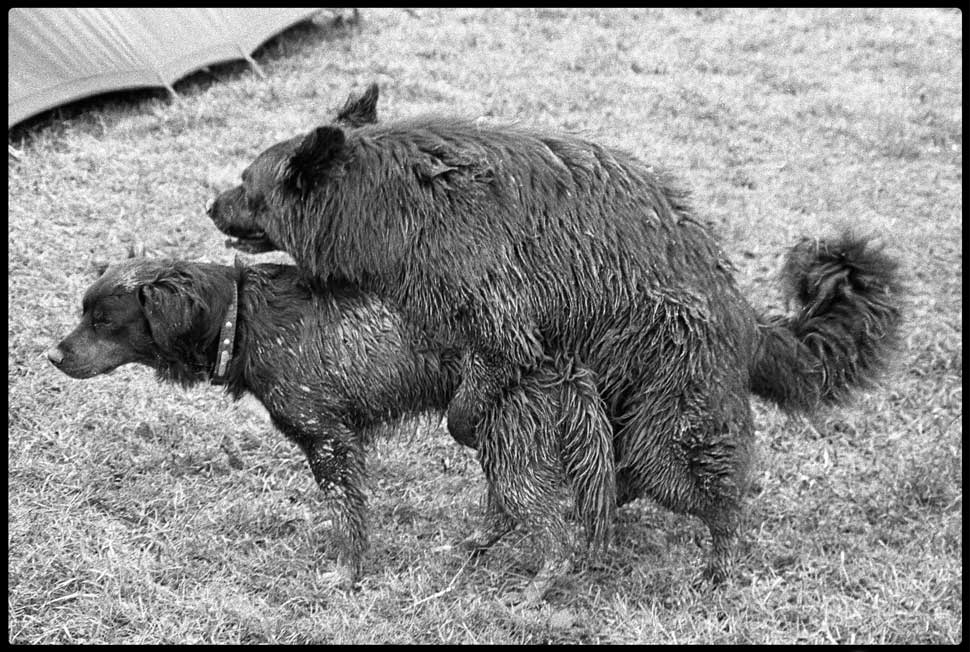 Make Love Not War © Andrzej Liguz/moreimages.net. Not to be used or distributed beyond this website without permission.