The Airborne Toxic Event: A Breath Of Fresh Air

The week after I arrived in London, The Airborne Toxic Event played a week of shows starting in the smallest venue they played and then growing to the largest. They did the same in LA and NYC in the following 2 weeks. This shot was taken backstage after their show at the Dublin Castle in Camden. 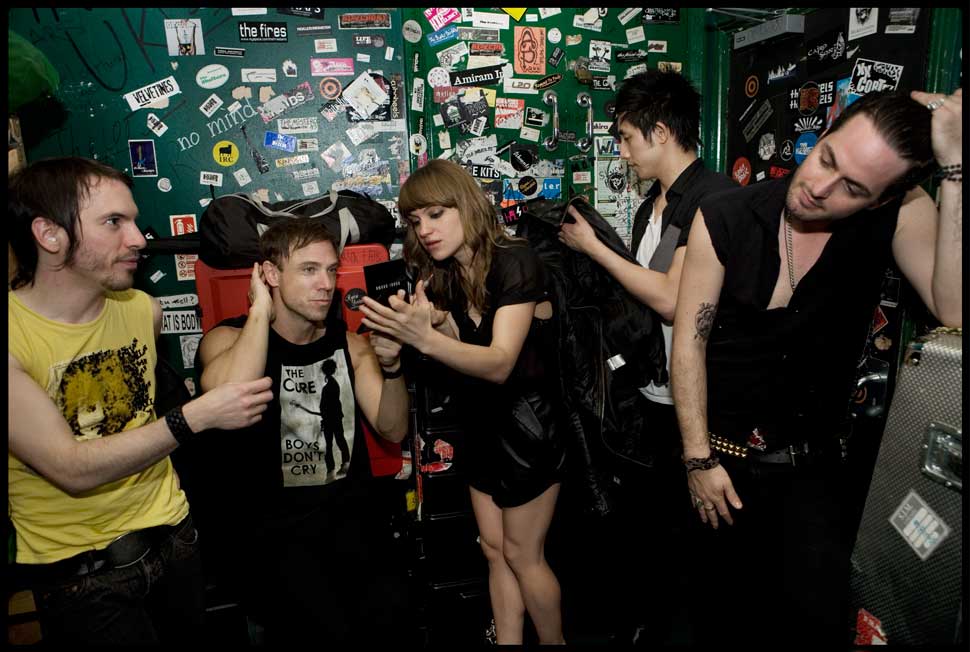 The Airborne Toxic Event preparing for our shoot © Andrzej Liguz/moreimages.net. Not to be used without permission.

To described The Airborne Toxic Event as an Indie Rock band is to limit the sound they make. A breath of fresh air, they are a glorious collision of The Pogues and The Brodsky Quartet, with a side serving of Springsteen. They are an unusual and welcome addition to the charts.  In many ways they remind me of ‘George’, the Australian band that was more like an art rock experiment than a commercially minded and packaged product.

The Airborne Toxic Event at the Bowery Ballroom in NYC 2009 © Andrzej Liguz/moreimages.net. Not to be used without permission.

In November 2008 TATE played 30 shows in 30 days across the UK. They credit this tour with being the key that unlocked the door to a mass audience for their debut self titled album that went on to sell 300,000 copies worldwide and gain massive critical aclaim.

The Airborne Toxic Event at the Bowery Ballroom in NYC 2009 © Andrzej Liguz/moreimages.net. Not to be used without permission.

I originally saw them perform in NYC at the Bowery Ballroom in 2009. They put on an amazing show which culminated in a mass audience stage invasion, so when my friend Ritu (who does their PR) invited me to go see the first of their series of shows here in London at The Drill Hall, I accepted with alacrity.

The Airborne Toxic Event at the Drill Hall in London 2011 © Andrzej Liguz/moreimages.net. Not to be used without permission.

I wasn’t disappointed. It was an acoustic show for select invited people only and their performance was genuine and rootsy. The following day Ritu called and asked if I wanted to go see them again that night at the Dublin Castle as her photographer couldn’t make it and the Mail On Sunday might need pictures. I called the Mail On Sunday and talked with the very cool Nikki Sutherland on the Picture Desk.

The Airborne Toxic Event at the Drill Hall in London 2011 © Andrzej Liguz/moreimages.net. Not to be used without permission.

She told me they did need a photographer to cover the show that night and so I went along for my second TATE show in 2 days. It was a very different beast from the night before. Singer Mikel Jollett had been seriously ill all day and the band didn’t even know if he was going to be well enough to perform until about an hour before the show.

But you couldn’t tell from the heart and soul he poured into his performance that night. The band crowded onto the tiny stage of the 150 capacity Dublin Castle and bounced off one another with joy as they ran through the songs from their dark new album, ‘All At Once’ and select songs from their debut. ‘Wishing Well’ was a rousing start and highlighted once again the quality of Jollett as a lyricist. He was a fiction writer before he started the band and his love of words is evident across both their albums as not a word is wasted, much like Elvis Costello at his best.

The Airborne Toxic Event at the Dublin Castle in London 2011 © Andrzej Liguz/moreimages.net. Not to be used without permission.

As he introduced their big hit from the first album, ‘Sometime Around Midnight’, he pointed out the irony of using lyrics as way of getting over a broken heart. He’d the written the song after a bad break up but then found himself singing it every night of the 400 gigs they played in support of that album, which kept the heartbreak alive. And he will probably have to continue playing it for the rest of their career as it is truly a great song and the audience expects to hear it every time they play.

After the show I was ushered into their tiny dressing room to do a quick shoot with them as the Mail On Sunday had asked me to do some pictures with the band as well as the live shots. To my frustration the flash died after only 5 pictures (it turned out the bulb had actually died and I subsequently had to get it replaced). They were very gracious and sweet about it and understood how Murphy’s Law has a habit of popping up when least required, so I used the available light in the dressing room for the remainder of the images I shot with them. Ironically enough, even though the Mail On Sunday loved the pictures, they didn’t end up running any of them because they were short on advertising that week.

Once the shoot was done I hung out with the band and got into a fierce discussion with bass player Noah about which was the best Hendrix album. He claimed it was Band Of Gypsies whereas I argued on behalf of Electric Ladyland. We agreed to disagree and parted on good terms. At the end of the night their cool Tour Manager Bill Handlin agreed to give me a ride to their hotel as it was a lot closer to where I was staying than Camden. 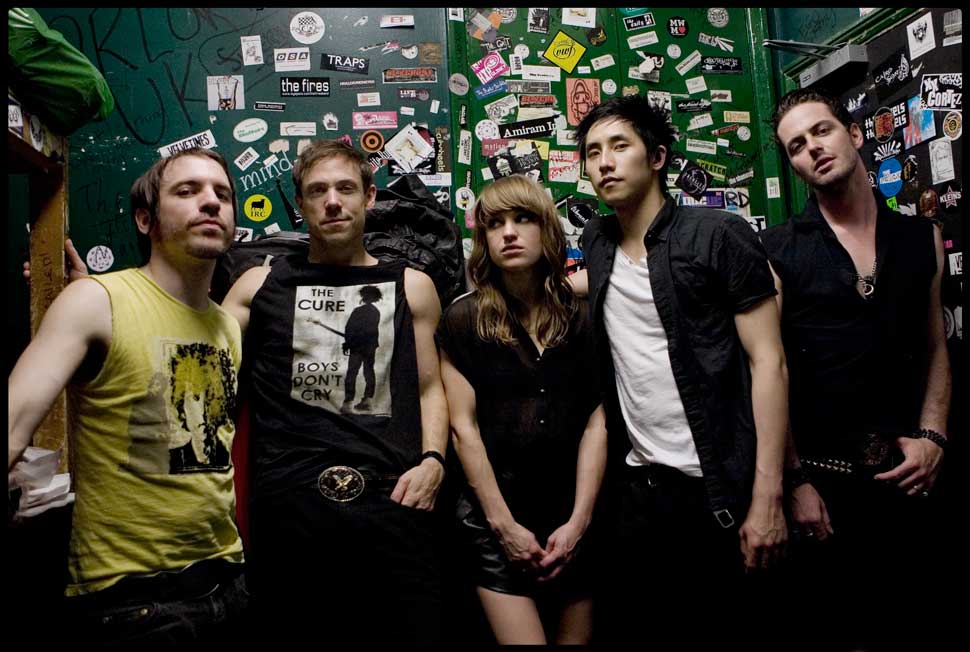 The Airborne Toxic Event at the Dublin Castle in London 2011 © Andrzej Liguz/moreimages.net. Not to be used without permission.

The intimacy of the Dublin Castle served The Airborne Toxic Event well, but it was also obvious they’ve now outgrown such small venues. The polish of the new album supplied by the deft production of Dave Sardy (Oasis, Jet, LCD Soundsystem, Wolfmother, Band Of Horses etc) is a step up from the raw energy evident on their debut. I have no doubt they are going to continue growing in stature, maturity and audience size. I doubt they will play somewhere this small again unless it’s as a special one off like this series of shows. Go see them before they start playing stadiums. You won’t be disappointed.