This image comes from the first shoot I did after moving to NYC, five years ago today. At the time this band were called Omnisoul. They subsequently changed their name to The Crash Motive. And then split up. But I still remember that shoot as a great way to start my new life in America. 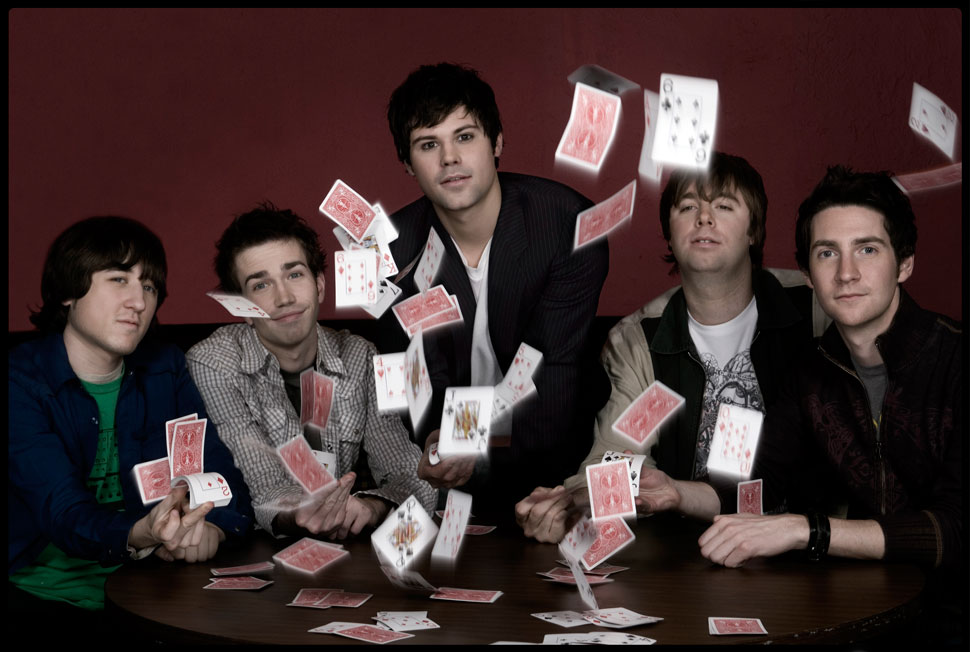 The shoot had been commissioned by Steve Karas, who at the time was still Head of Publicity for Wind-Up Records. Steve is a great guy who finally broke away from Wind-Up a couple of years ago, made a partnership with Keith Hagen and they now run their own cool PR Company, SKH Music.

I’d arrived into mid-winter NYC from summer in Australia and spent a day wandering around with Steve looking for locations before doing the shoot. Its great when you go to a new place because you see everything with fresh eyes. I was fascinated by the remains of the old piers at the west end of 16th Street and we agreed to do a couple of looks there.

I showed up at the Wind-Up offices in the morning and we had breakfast with the band at a restaurant down the road, where I started taking pictures. We then moved onto an empty restaurant next door where I shot the band against the red background, in the stairwell and against the stone wall.

As often happens, the label also wanted solo shots done of the singer, Derek Fuhrman, so with every look I also shot Derek on his own. Once we’d finished at the restaurant we made our way across the city to the old piers and I shot another couple of looks with the band there. As the album was expected to come out when weather was warmer, they wore T shirts and jackets even though it was freezing outside. They did well to not look as cold as we all felt. After freezing next to the water we wrapped the shoot in a warm recording studio on the west side where we also went through all the pictures and found everybody was happy with the results.

Derek Fuhrman © Andrzej Liguz/moreimages.net. Not to be used without permission.

As their album was already finished and ready for release, I expected the pictures to be appearing over the next couple of months. But as so often happens in this industry, this was not the case. The label released a single, which didn’t take off and the they sat on the record for another year before ‘suggesting’ the band change their name. They settled on The Crash Motive. Which was somewhat prophetic.

The Crash Motive album finally came out in 2008 and promptly disappeared without a trace. It was unfortunate as it was good ‘Metal Pop’. The band finally broke up later that year when Derek decided to pursue a solo career and the remainder of them decided to form a new band. Which has not been heard of since. Another bunch of kids who learnt a tough lesson in the music industry. And life goes on.

But I will always remember them fondly for being my first photo shoot in NYC and will always stay in touch with Steve Karas as he and his family went out of their way to help me settle in NYC and I will always regard Steve as one of the best people I ever met in this industry. 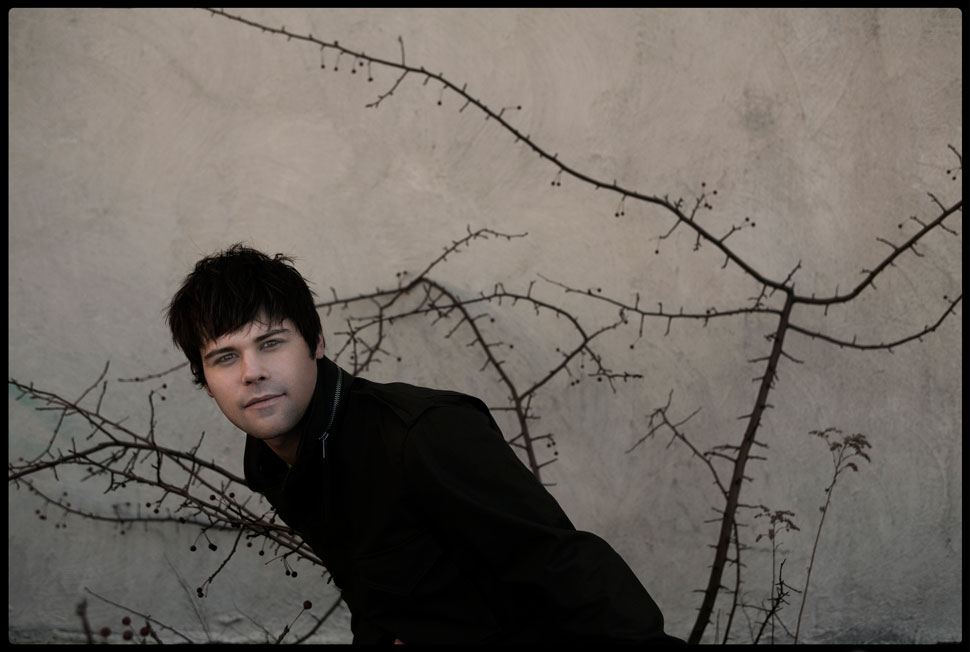 Derek Fuhrman © Andrzej Liguz/moreimages.net. Not to be used without permission.