Celebrity Photography? People are people & Silverchair are better than most

Today I was asked to contribute some pictures to The Socialite website and comment on the difference between photographing celebrities and other people. And I have to say, there is very little difference. People are people and the way we behave towards those around us influences how they respond to us. The same applies in photography. 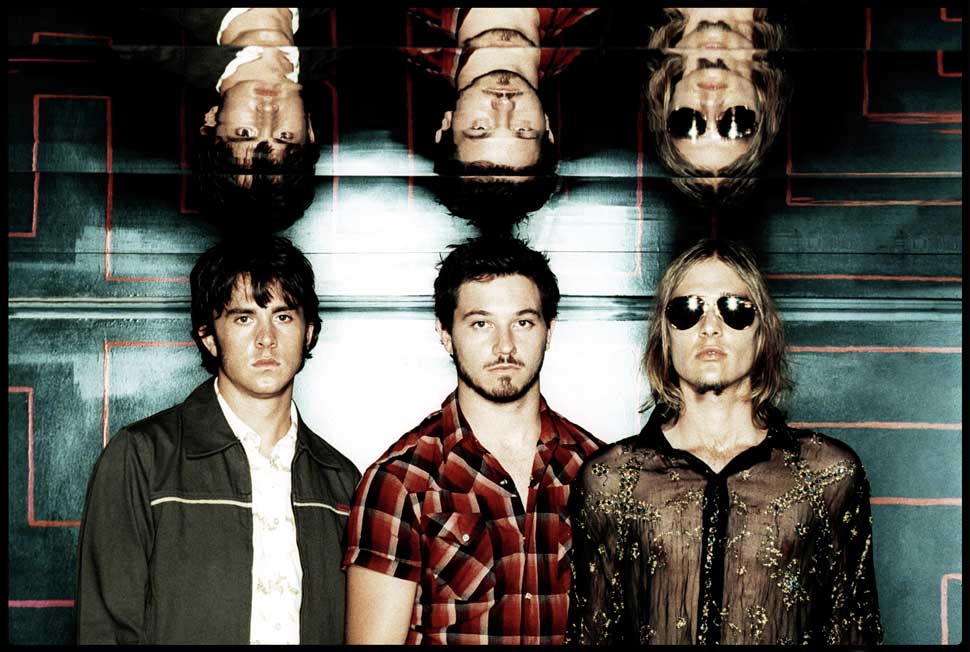 This picture is of Silverchair, who released their first album in 1995 when they were 15 years old and sold more than 5 million records. I met them around that time and found them to be cool kids, if a little overwhelmed by the madness of the media attention.

I got to know them better when we did the shoot for the artwork of their Diorama album in December 2001. If anything they were cooler than when I’d met them 6 years earlier. Daniel is a genuine genius who is very sweet and almost fey in manner. Ben and Chris are good solid people. All of them are down to earth. In the intervening years they’d grown into self-assured young men who knew who they were and where they were going. They were totally professional with no petulance or rock star histrionics from any of them. We all got into the shoot and got some great results. I did 6 looks in 4 hours and they approved 87 pictures. The images were subsequently used on the album artwork and the 5 singles that were lifted from the album. As well as tour programs etc etc..

We ended up getting on so well that in February 2002 their management asked me to do another shoot with them for a German magazine. The journalist was flying out to Australia from Hamburg and I was to join him in Newcastle at Daniels house with the Ben & Chris. At the time Daniel was rumoured to have fallen ill and I wasn’t sure what to expect when I got there.

Silverchair in Newcastle © Andrzej Liguz/moreimages.net. Not to be used without permission.

I was shocked to see him. He was hunched over with pain like an old man and it was obvious he was seriously ill with reactive arthritis. He had to use a walking stick and had so little strength in his left arm that he had to constantly carry his hand. Both of which can be seen in the pictures here. I was convinced he would never play guitar again and would have bet serious money on that. I did the shoot as quickly as possible to minimize the discomfort for Daniel and went out with Ben and Chris to do some solo pictures with them. I shot Chris in front of the first venue they ever played and Ben at their local beach.

Ben & Chris in Newcastle © Andrzej Liguz/moreimages.net. Not to be used without permission.

I was amazed and delighted when they appeared at the Arias (Australia’s equivalent to the Grammys) in October 2002 and tore the roof off the building with a great performance. Daniel was laughing when I saw him later and he told me he’d made a complete recovery. 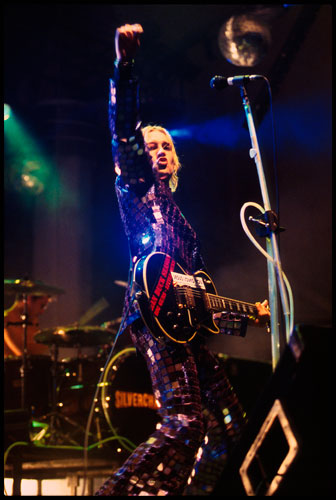 Daniel Johns at Sydney Homebake 1999 © Andrzej Liguz/moreimages.net. Not to be used without permission.

I’ve known lots of famous people. And still do. Most of them are decent people who are not that into the fame aspect of their jobs, but accept that it is part of the deal. And deal with it. I’ve had dinner with a Beatle and found him to be a genuine and interesting individual. His son plays drums with The Who and if you’d meet him in a bar you’d never know that he is regarded as probably the greatest living drummer today. He is personable and easy to get along with.

Everybody gets cranky when they are tired or hungry and it’s unfortunate for the famous people that they don’t have the luxury of doing it out of the spotlight. Not that I’m feeling sorry for them, but just putting some context in place.

Especially nowadays. The 24 hour news cycle seems to spend far too much of its time chasing celebrities and not dealing with genuine issues like the floods in Queensland. An area the size of France and Germany combined is currently under water. So far 22 bodies have been found with dozens more missing and this natural disaster is going to cost the economy of Australia somewhere close to 20 billion dollars. And very few people in America have even heard of this catastrophe.

But to get back to the point initially raised by Irvin A. Kelly when he posed the question on his website devoted to other photographers, The Socialite, asking me to comment on ‘Celebrity photography’. And led me to thinking about all these things. Very few of the ‘celebrities’ I’ve met who have become successful have done it just to be famous. Most of them have pursued their careers because they wanted to make music or play sport or whatever it is that they do. Like Silverchair, they have genuine talent and try to make the most of it. The fame is a by product of their need to express themselves in the best way they know how.

The talentless hacks who pursue fame for the sake of being recognized generally sink into obscurity never to be heard from again. They have their 15 minutes or less and are banished to endless re-runs of Celebrity Rehab. Or wherever it is that they end up. The problem with ‘reality TV’ is that we end up watching car crashes in slow motion such as the nauseating Snooki on Jersey Shore. Or the equally vapid Bad Bitches Club. Who are these people? Will somebody please give them a good spanking and put them out of our misery.