Deprecated: Methods with the same name as their class will not be constructors in a future version of PHP; nggGalleryview has a deprecated constructor in /var/www/wp-content/plugins/nextgen-galleryview2/nggGalleryview.php on line 14
 Boom Boom Satellites | MOREimages

“Tonight, I saw the future of Rock”. Is a famous quote by Jon Landau about Bruce Springsteen. Before he became Springsteen’s manager. In 2010 it could be equally applied to Boom Boom Satellites. Different decade, different century. Different music for a different generation. Bruce Springsteen, for all his genuine genius was never going to be the future of rock as he was too rooted in the past. Boom Boom Satellites do not have the same issue. Grabbing their name from a Sigue Sigue Sputnik song, they grab their influences with equal abandon. 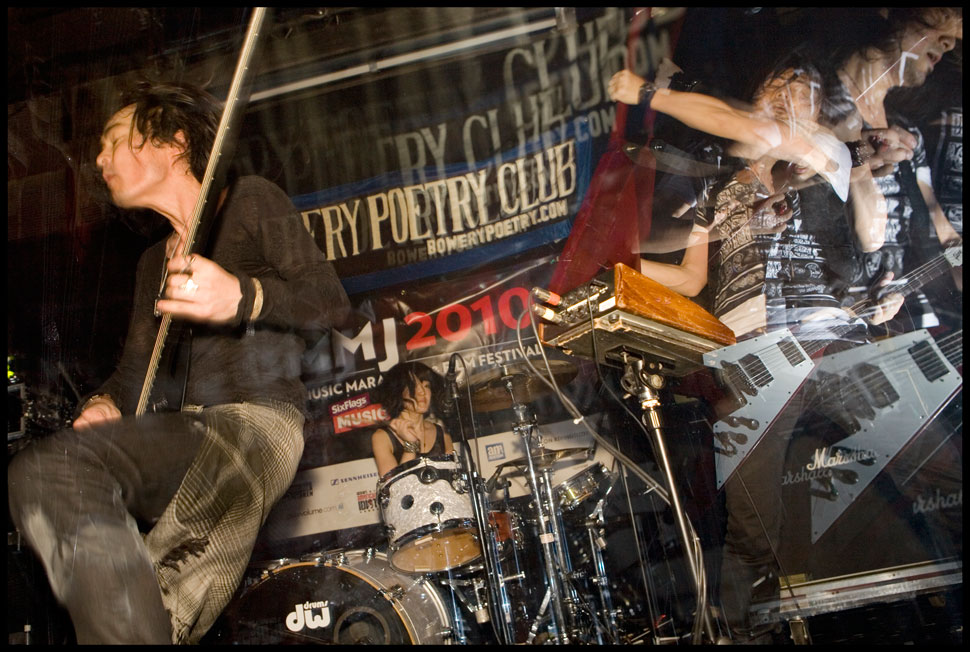 If the Sisters Of Mercy met Underworld in a bar run by Suicide with Angus Young as the bar tender and BRMC as bus boys, they’d sound like this. And if Sigue Sigue Sputnik had followed the ground they paved with Love Missile F111 and stayed the course they might have ended up like Boom Boom Satellites. In other words, a great band. A few bands have tried to marry rock and electro. And few have succeeded. For most it’s a half baked marriage made in hell. For Michiyuki Kawashima (guitar and vocals) and Masayuki Nakano (programming and bass), it’s a marriage made in heaven. And their current (female) drummer, the very cool Yoko Fukuda deserves an honourable mention as well. She held the solid beat and my friend musician friend Tyrone who came to the show with me was amazed she managed to do so without the use of headphones.

Someone made the comment that their sound is very 90’s. I would argue against this as I see BBS as the sound of the new century. Sure, there were bands like Prodigy who played in the same sand pit. But they were principally techno heads who didn’t have the same guitar attack as the Boomers. And it’s the guitar attack which makes this band the stand out above and beyond the pack. The only other band I can think of who have same energy and heart are the mighty Warren Suicide from Berlin. I was surprised to discover that Boom Boom Satellite don’t know Warren Suicide as they would make an awesome double bill and I hope that tour happens sometime in the future. 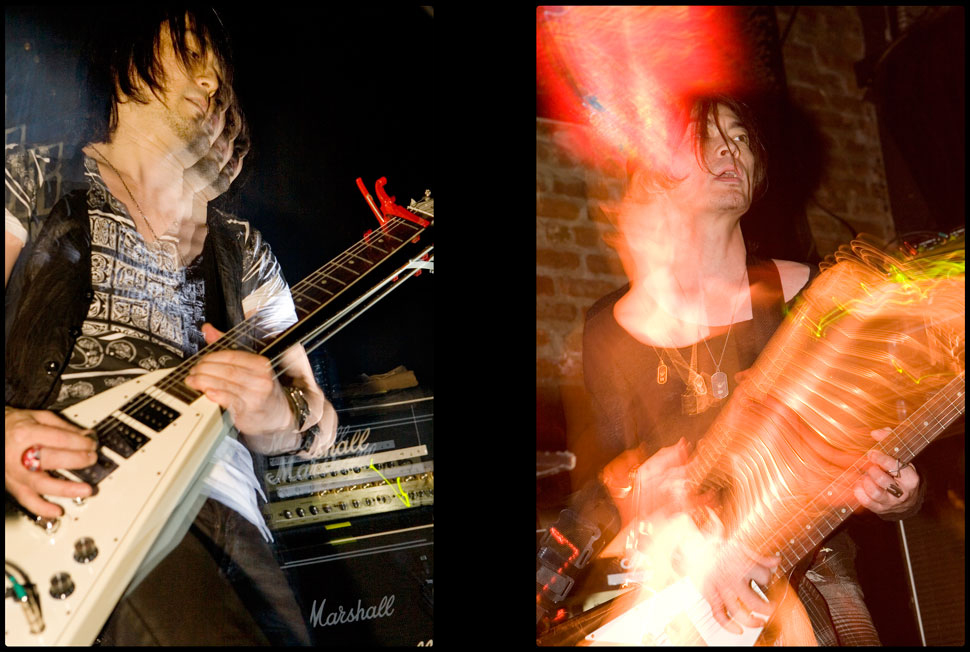 Boom Boom Satellite are huge in Japan where they have released 7 albums and they’ve just released their first album in America, a compilation called Over And Over. I got it last night at the show and have been playing it on heavy rotation all day. Happily so. I will listen to this a lot and would advise you to do the same. This is foot stomping head shaking earthquake creating music and deserves a big big audience in the west. They are currently on tour in America. Go see them now. They are truly Gods Of Rock.