Lovett: Stepping sideways into the spotlight

A few weeks ago a friend of mine, Eirene, who now works for Musebox PR company sent me a link to music by some guy I’d never heard of called Ben Lovett. I was busy at the time and didn’t get around to listening to it. When I spoke to her she insisted I needed to go listen as the guy is good and she wanted me to do some pictures with him. So finally I made the time to listen to his album. And was seriously impressed. This is the second major songwriting talent I think I’ve heard in the last couple of months. The first being The Augustines, who supported The Boxer Rebellion. But they are another story. For now I want to write about Ben Lovett. 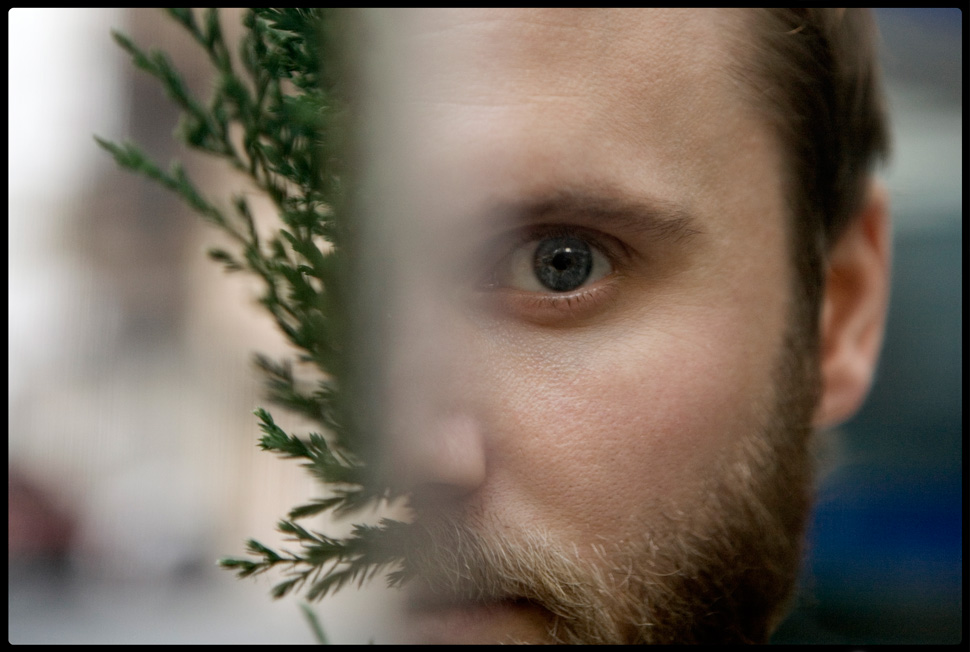 Image © Andrzej Liguz/moreimages.net. Not to be used or distributed beyond this website without permission

It turned out Ben was coming into NYC a couple of days later, so Eirene did a ‘virtual’ introduction through email and I gave him a call. Once he got into the city we caught up and agreed to do some pictures. He told me that initially he wants to be slightly obscure, so I created this image using the mirrored columns outside his hotel. He was happy.

Oh, and in case there is any confusion out there, this is not Ben Lovett from Mumford & Sons. This is someone very different.

For the last few years he’s been writing film scores. Amongst others, he’s written music for The Last Lullaby, The Signal and Last Goodbye. Aside from the film work, he’s also always worked with other musicians that went on to great success (he mixed a well known album for Danger Mouse), but hadn’t actually made his own record. He decided it was time to do so.

Originally from Dublin, Georgia (proudly self proclaimed Redneck Capital Of The World – NB: Ben is NOT a redneck) he’s been homeless for the last 3 years, drifting from place to place, crashing on studio couches, friends spare rooms and hotels. The last year of this odyssey across America has been filled with collecting contributions by various musicians to his first solo album, which he plans to self release on 1.11.11.

Along with making a great record he has also been shooting videos to go along with every song. It probably helps that he’s been working in film for a while so he has a pool of people to call on to help create strong visuals. He showed me some v cool stills and I look forward to seeing the moving images. At the end of our shoot his v cool girlfriend, the actress Amy Seimetz, showed up and I did some personal pictures for them. It was lovely to see two people who don’t get to spend enough time together catch up for the first time in a while. Amy is on her way ‘Up’ the ladder and also appears in a few of the videos Ben has been shooting for the album.

Musically, the album could almost be described as Americana Powerpop. Some songs such as Heartattack lean more to indie pop, whereas songs like the stunning Two Lovers is an alt country piano driven paen to a love affair with the bottle. Tom Waits would be happy to have written this song and should seriously consider covering it. In a similar vein but a little more uptempo are the great Ghost Of Old Highways and Black Curtain. The Fear is the lead song from the album and can be heard here. It’s another great song but only really hints at the depths to be discovered within the rest of the album.

Remember the name Lovett, you will be hearing more of it next year.