Theresa Byrnes: Inspiration and Art (in a wheelchair)

Theresa Byrnes lives her physical life in a wheelchair. She is not defined by that wheelchair, but it’s where she spends most of her physical time. As somebody who doesn’t live in a wheelchair, I find it hard to think of living such a life. But Theresa bears it with excellent humour and I find her to be quite a remarkable individual. As well as a remarkable artist. She is probably one of the most inspiring people I’ve ever met. And I’ve met a lot of people. 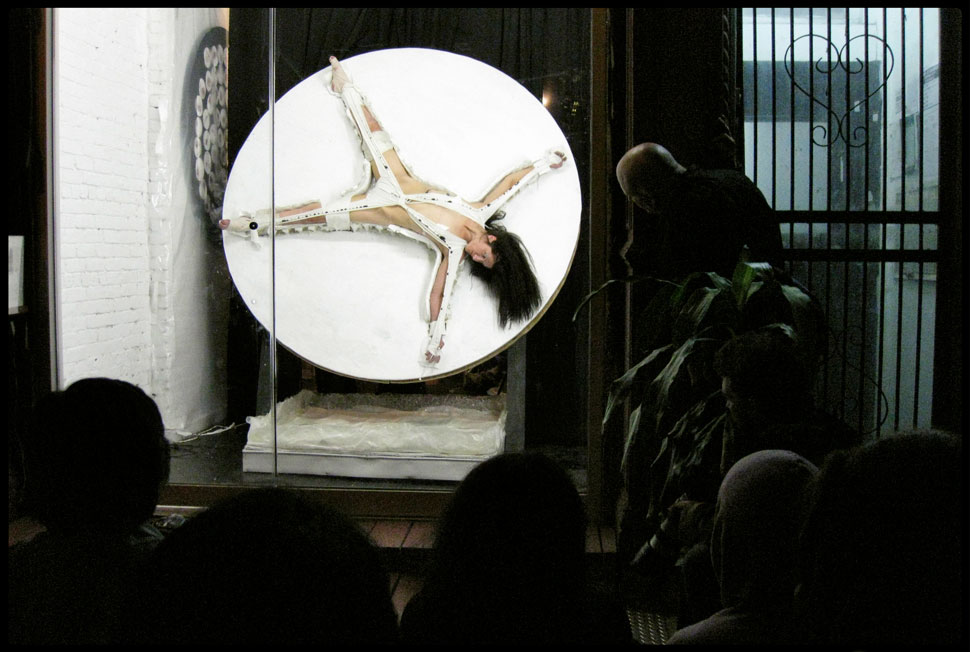 This series of pictures was taken last Friday, September 10th, in the East Village of NYC. They are images of Theresa performing ‘The Measure Of Man’ as part of ‘Howl’ Festival in the window her gallery ‘Suffer’ at 616 East 9th St.. She opened ‘Suffer’ about a month ago in celebration of being in NYC for 10 years. The Measure Of Man involved her being strapped into the white circle which span slowly in a circle over the course of 1 hour. As she was spinning, engine oil pumped through her hair and around the outside of her body in tubes and dripped onto the canvas below, which will subsequently be sold as one of her paintings.

I first met Theresa in Sydney on 26th October 1995, when I photographed her for Who Weekly magazine. She exhibited her work for the first time in 1986, when she was 16 years old and started to develop Friedreich’s Ataxia a couple of years later. An inherited disease that causes progressive damage to the nervous system and degenerates the spinal cord, Friedreich’s Ataxia is extremely debilitating to the body. But Theresa’s mind and heart are bright and strong. And she refused to let the onset of FA stop her from pursuing her dream of working as an artist. 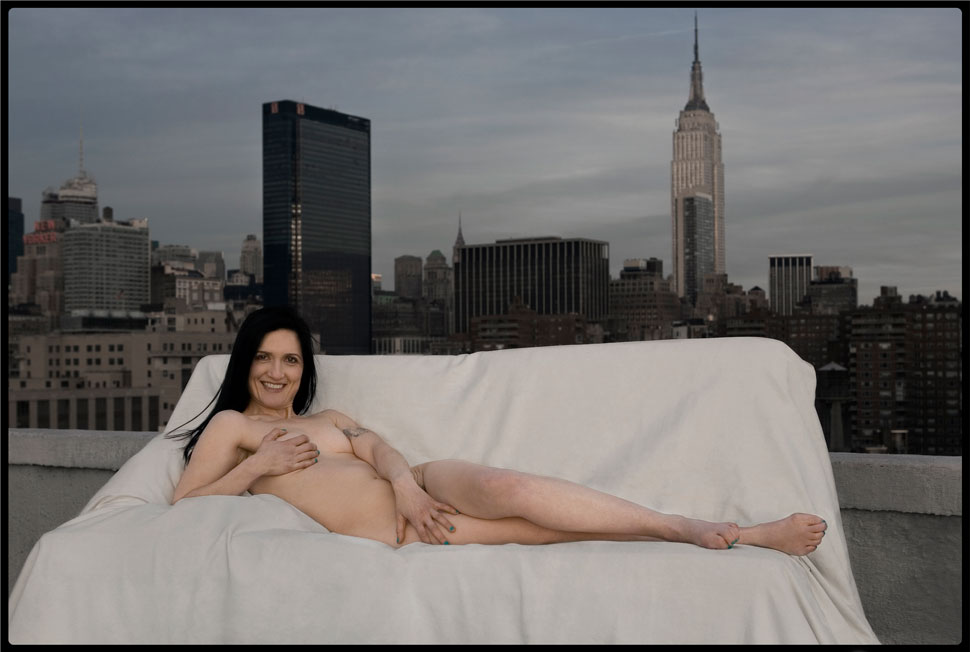 This picture was taken last year on the roof of what was then her art studio in Chelsea, for madison magazine in Australia. I would never have suggested such a picture out of what is probably misplaced sense of respect for Theresa’s life in a wheelchair, but it was her idea to take all her clothes off and lie naked on the roof of her building. She laughed and thought it would be a great way to present herself. As is so often the case with Theresa, she was right. The magazine chose to run her picture as a double page spread and the opener for the story. It was another example of how Theresa breaks down ideas of what what the general population regards as ‘normal’ behaviour for disabled people. She doesn’t see herself as ‘disabled’ and she never presents herself as a ‘disabled’ artist, but simply as an artist living and working in NYC.

I know a lot of artists who talk about it a lot, but don’t have the balls to actually make the move to NYC. Never mind somebody who has to struggle with the kind of impediments that Theresa has to deal with on a daily basis. I’ve met very few people in the course of my life who have the kind of zest and drive for life that Theresa does. And I know I’ve never met anybody who spends that much time in a wheelchair who has her drive and determination to not let the cards dealt her by fate ruin the rest of her life. 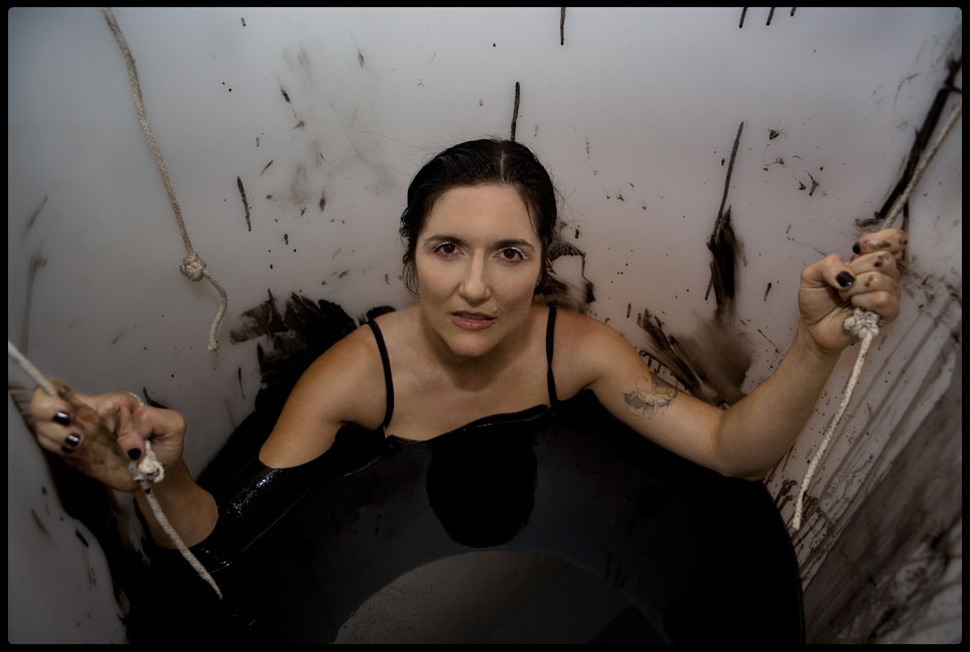 This picture was taken in 2007 when she did her Performance piece ‘Trace’. I documented the entire performance, which can be seen here: Trace. She had herself dropped into a huge vat of black paint which was then spilt out onto a large canvas, over which she proceeded to drag herself around. Like I said, definitely an interesting individual.

In 2007, Theresa was one of the principal characters in the fourth installment of the Metropolitan Playhouse series ‘Alphabet City’ which features ‘Oral Histories by Neighbourhood Heroes of the East Village’. An actor spent about 6 weeks hanging out with Theresa and then transcribed her words into a short one act play and performed them onstage. I went along with Theresa and was rolling around laughing as Guenevere Donohue totally nailed Theresa’s irreverent sense of fun and mischief, as well as her insights into the human condition.

Theresa can be found every Saturday and Sunday from 3pm to 7pm at her gallery in the East Village. Go visit. You will enjoy her and her artwork.

Today, in honour of Theresa I am listening to the amazing Diamond Jigsaw from the new Underworld album ‘Barking’: