By now, at least half of the 50,000 people at Burning Man would have added their own individual choice of rocket fuel to help their brains break the barriers of the civilized society they left behind at the entrance. Even though there are many new choices available in the market place, psychedelics are a perennial favorite and I saw more than one person wandering through the desert air with a shit eating grin and eyeballs bulging. 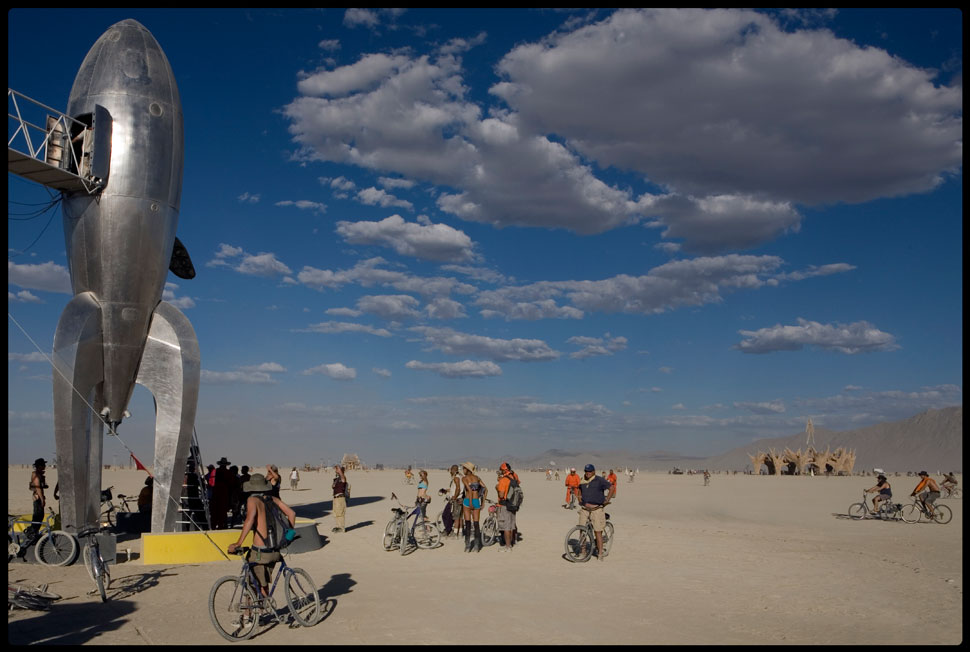 Image © Andrzej Liguz/moreimages.net. Not to be used without permission

This picture was taken on Day 3 of the Burn last year. The 40′ tall Raygun Gothic Rocketship was built by a huge crew of 60 artists from the Bay Area of San Francisco led by Sean Orlando, Nathaniel Taylor and David Shulman. To find out more check it here: http://www.raygungothicrocket.com. They did a ‘launch’ on the Friday night which can be seen here: http://www.youtube.com/watch?v=kf6a-xwEvGM. The very cool Raygun Gothic Rocket can be seen for the next 14 months at the Pier 14 Tidal Plaza at the base of Mission St on the Embarcadero in San Francisco. http://www.raygungothicrocket.com/blog/2010/08/11/mayor-gavin-newsom-unveils-monumental-raygun-gothic-rocketship-sculpture/

In honour of all the intrepid space travellers found on the Playa, today I am listening to David Bowie singing Moonage Daydream from Ziggy Stardust and the Spiders from Mars