This time last year I was on the Playa, close to Gerlach in Nevada. I had arrived in Gerlach on Thursday as the people I was travelling with told me we would be allowed on early. They were mistaken. As it turned out, we spent the weekend in Gerlach where I wandered around taking pictures. 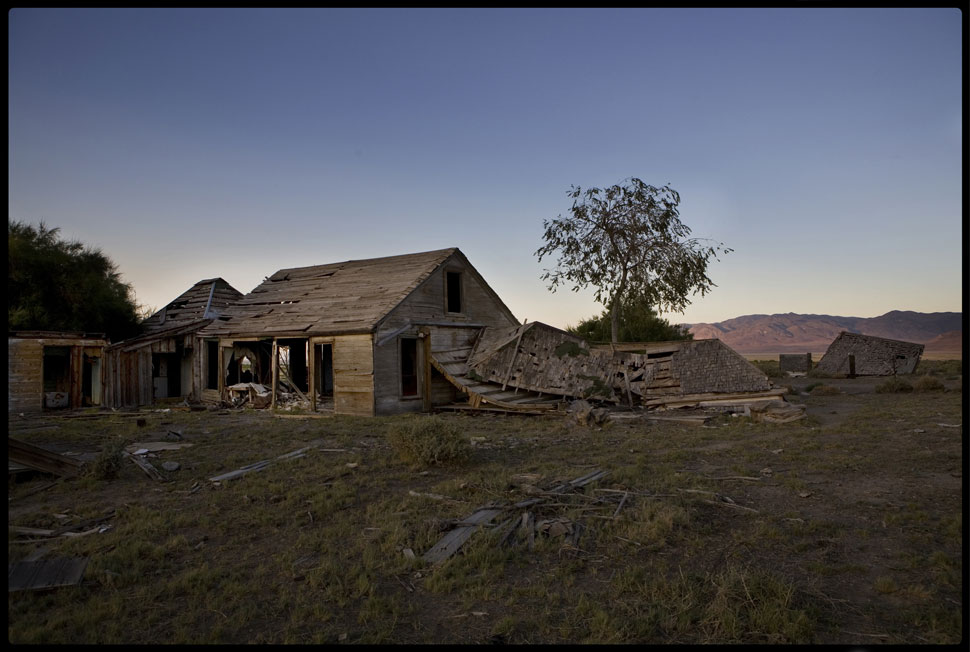 © Andrzej Liguz/moreimages.net. Not to be used without permission

This picture was taken on our way to Gerlach. We had taken the wrong turning and ended up driving about 50 miles on a really bad dirt road and came across this abandoned house along the way.

This was an oasis of green surrounded by parched land that reminded me of Australia in summer time and the house was seriously cool, so I felt compelled to pull over the car and take pictures of it.

This was the beginning of an adventure in the desert that was unlike any I’ve had before. As Burning Man is happening all week and I am not there this year, I will be devoting this week to posting Burning Man related pictures and telling some of the stories from my trip there last year. To see more about Burning Man check their website here: http://www.burningman.com

Today, with a nod to Daktari, of whom you will hear more over the next few days, I am listening to Arbre Noir performing ‘Visions’ from their album Madurai: