Ok. I know I didn’t post a blog yesterday. I did write one on my friend Chantal Ughi, who went from being a model to World Champion Kick Boxer, but it got wiped when Firefox decided to crash and take my words into the ether along with it. And I didn’t have time to re-write it as I had to go to B.B. Kings and photograph Ken Hirai perform at his 15th Anniversary of Ken’s Bar. So if you want to read about Chantal, you’ll have to come back tomorrow. 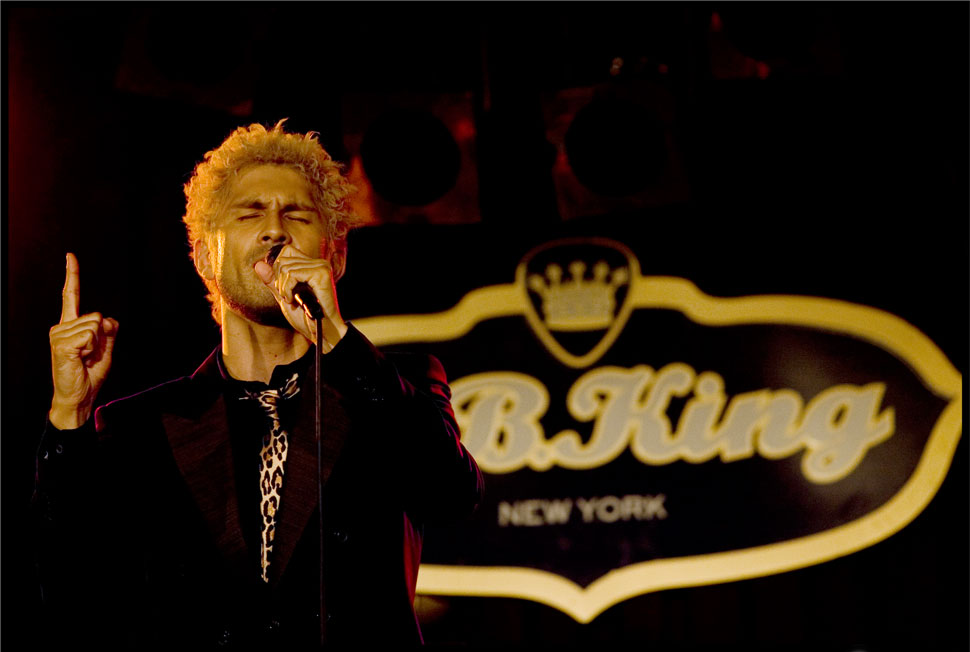 This picture was taken last night at B.B. Kings in Times Square. The club was full of adoring Japanese fans who were there to see Ken Hirai perform one of his extremely rare NYC shows. I’d never heard of Ken before I was asked to photograph him, but watched the DVD I was given by the lovely Keiko from SonyJapan, so that I could get some background on this unknown singer. Well, unknown to me. It turns out he’s sold over 14,000,000 records in Japan and Asia.

Ken is playing at B.B. Kings again tonight. Don’t let your lack of Japanese deter you from going. If you can get a ticket. Which is doubtful as this charismatic J-Pop performer sells out arena shows in Japan with an ease normally associated with bands like the Rolling Stones, so to see him somewhere as intimate as B.B. Kings is a rare treat. To find out more about Ken check his wiki entry here: http://en.wikipedia.org/wiki/Ken_Hirai