Peter Garrett was the singer with Midnight Oil from 1973 to 2002, when he informed the band that he was leaving to join the Australian Labor Party (ALP) and go into politics full time. It was a controversial decision as for many years he had been aligned with the Green movement and many people felt he had betrayed his ideological roots by joining one of the mainstream political parties. There were others who felt he made the right decision because he subsequently got his hands on the levers of power. He was elected to the Federal Parliament in 2004 and when the ALP won power in 2007, he was appointed Minister for the Environment, Heritage and the Arts. (http://en.wikipedia.org/wiki/Peter_Garrett) 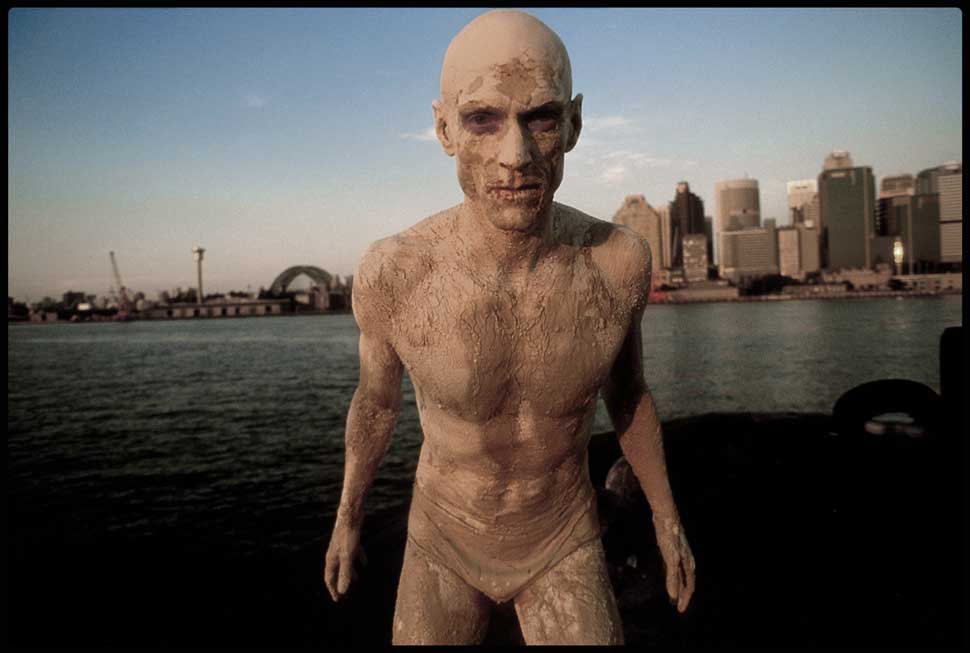 Image © Andrzej Liguz/moreimages.net. Not to be used without permission of copyright holder.

This picture was taken when the Minister was still a Musician. I worked with Midnight Oil for about 5 years and stopped working with them about 6 months before they broke up. They are the only band I have refused to work with any longer. Not because they were dicks. Far from it. Every one of them is a gentleman and had and still has my total respect and support for whatever they do.  I feel honored and grateful to have known these particular individuals and am now happy to count them amongst my friends.

I finally reached a point where I could no longer deal with their legendary sixth member, their manager, Gary Morris. I like and respect Gary on a personal level, but doing business with him could be total hell. A remarkably strong willed character, he genuinely believed that everything he did was in the best interests of his band, but he wasn’t always right. And after 5 years of fighting with him, he finally pushed me too far and I pulled the plug. I remember going down to the band rehearsal studios to tell them personally that we would no longer be working together and Peter saying that Gary and I had been in conflict for years and we would make up and get past this bump in the road. But we never did and the band broke up 6 months later.

But I digress. The reason for this post is that there was a general election in Australia today. And even though I now live in NYC, I still followed it with interest. Australia’s first female Prime Minister, Julia Gillard was in the Labor corner and Tony Abbott was fighting for the Liberals. For the Americans who read this, the ALP is equivalent to the Democrats and the Liberal/National Coalition is equivalent to the Republicans. And Tony Abbott is somewhere to the right of Genghis Khan.

A long time head kicker within the party, he ascended to the leadership through lack of any alternatives as the Liberals were in disarray for the last 3 years after being decimated at the last election. They held power for 11 years under John Howard and were so reviled by the 2007 election that Howard lost his seat, the first sitting Prime Minister to do so since 1929.

And so in 2007 the ALP came out of the political wilderness under the leadership of Kevin Rudd. One of the few leaders in the world who can speak Mandarin. He managed to stave off the economic collapse suffered by the rest of the world over the last couple of years and keep Australia’s economy reasonably buoyant. But he broke some fundamental electoral promises and fell out of favour with the electorate. Two months ago the ALP panicked, decided to dump him as leader and install Julia Gillard in his place.

Which brings us up to date. Australia now has a hung Parliament. They are still counting postal votes, but neither party has an absolute majority and they are both busy courting the four independents who hold the balance of power. Peter Garrett did get back in and has said he will be staying in politics even if the ALP does not retain power. If Tony Abbott gets in, I will not be returning for a while.