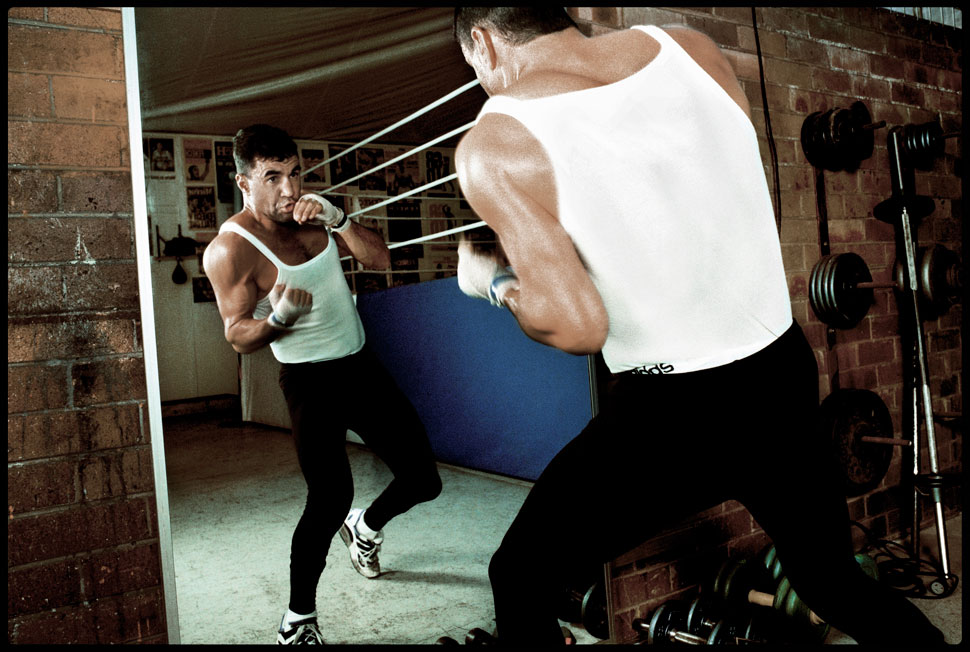 This picture was taken at his gym in Marrickville. I had just been in the ring with him shooting over the shoulder of his trainer as they were sparring. It was interesting experience to be almost on the receiving end of a serious beating from a World Champion.

At the time of this shoot, he was attempting a comeback and so it made sense to have him boxing himself in the mirror as he had to overcome himself and his own limitations to try and become a genuine contender again. Inside Sport magazine was very happy with my idea and ran the picture as a double page.

In honour of boxers and what they have to do for a living, today I am listening to The Boxer by Simon & Garfunkel