As mentioned yesterday, being a photographer at a show can definitely have its benefits. For me, seeing this guy surfing the crowd in his wheelchair ranks as one of the great moments in music. 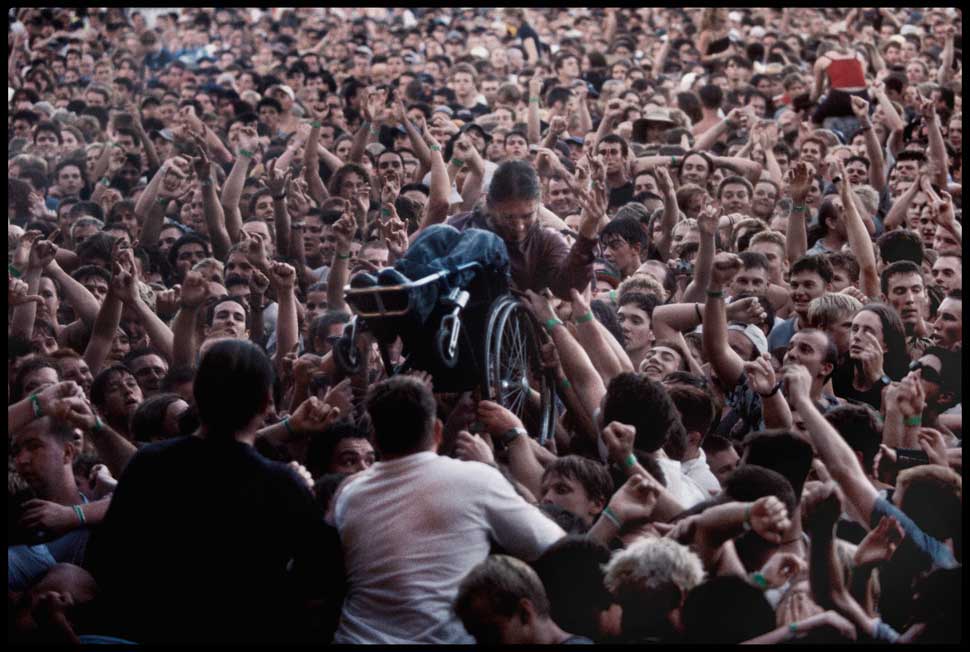 Image © Andrzej Liguz/moreimages.net. Not to be used without permission

This picture was taken at Homebake in Sydney, a music festival which only allows Australian artists to play (or Kiwis, aka honorary Australians from New Zealand). To find out more about the annual Homebake Festival, check the Wiki page here http://en.wikipedia.org/wiki/Homebake

Grinspoon have since become one of Australia’s biggest bands, but at the time they were promoting their second album, Easy. I took the picture of the band that graced the inside cover of the album. A friend of mine was working with them at the time but quit when he realised that one of the songs on the album was about him and was unnecessarily detrimental.

Today I am listening to ‘Rock Show’ from Easy by Grinspoon http://www.youtube.com/watch?v=x4vkG0pzS_U