Mike Stokes and Richard March (who used to play with Pop Will Eat Itself), both come from Birmingham (my home town) and formed BRA in 1995. Part of the Big Beat movement along with Chemical Brothers and Fat Boy Slim, their first album was released in 1997 and did extremely well all over the world. Their second album (For Your Ears Only) faltered and they broke up in 2000. 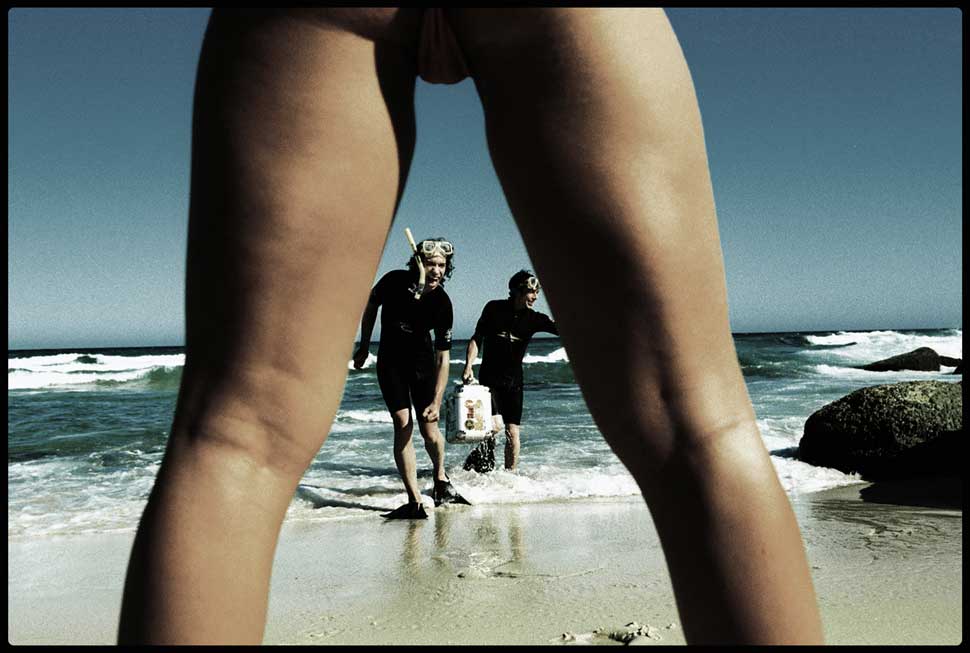 This picture was taken on Bondi Beach not long before For Your Ears Only was released and we set it up as a deliberate pastiche on a Bond moment.

The girl in the foreground was a ‘close friend’ of one of the boys and volunteered enthusiastically for the role of ‘legs and…’ in the picture. Mike and Richard had a great sense of humour which always came out to play in front of the camera (watch the video linked at the bottom of the page).

In 2009 BRA reformed and managed by Cut La Roc they signed to Rocstar Records. Unfortunately their Myspace page (http://www.myspace.com/bentleyrhythmace) doesn’t include any relevant or currant information about a proposed tour mentioned on their Wiki page (http://en.wikipedia.org/wiki/Bentley_Rhythm_Ace). However, their Facebook page does. (http://www.facebook.com/pages/Bentley-Rhythm-Ace/272133701969)

Today I am listening to Bentley’s Gonna Sort You Out, the first single from BRA: