Fun Lovin’ Criminals released their first album, ‘Come Find Yourself’ in 1995 and their latest, ‘Classic Fantastic’, a few months ago. In between they changed drummers several times, developed alternative careers (Huey is now a regular on radio and TV in the UK) and had their greatest success in the UK and northern Europe. Even though many of their songs revolve around their home city of New York City, they’ve never gained the recognition and respect they’ve deserved in their homeland. 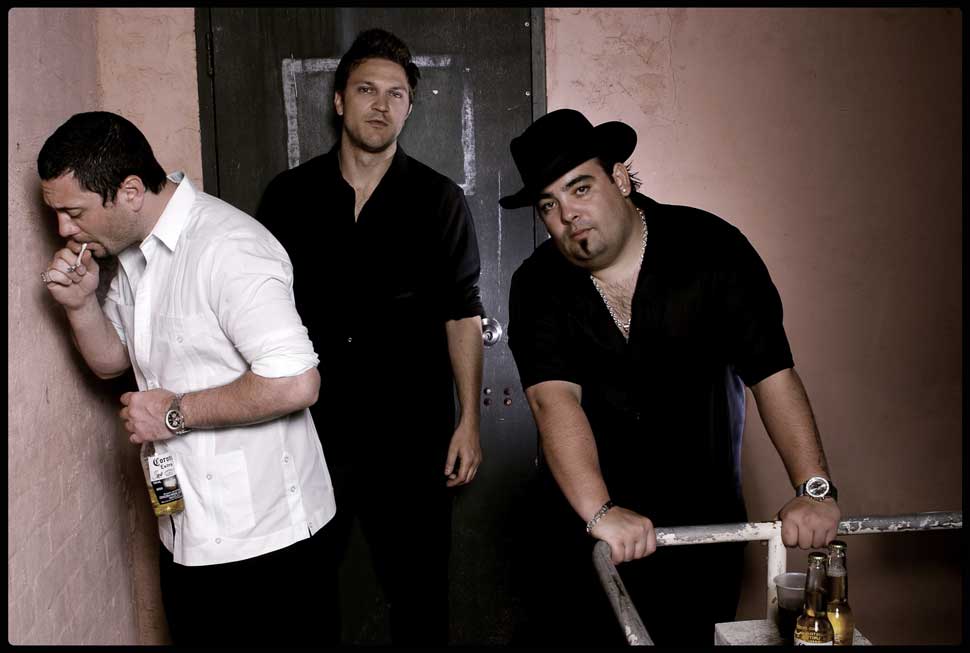 This picture was taken just before they walked on stage. On the other side of the door were 2000 fans who were growing increasingly impatient as the band were already over an hour late. We were supposed to have done pictures earlier, but their manager had told me the best time to get them all in the same place was just before they went on stage as they’d be dressed up and ready to go.

The reality was something quite different. They’d been busy in their dressing room drinking and smoking and in many ways, the last thing they wanted to do was a photo shoot. Huey was still smoking and trying to get the last of it before going out on stage. If I can avoid it, I’ll never do something like this again. The pressure was intense and I didn’t appreciate the knowledge that I was holding up the band from getting on stage when they were already running that late. They were gracious, if a little nonplussed and Huey invited me to go out on stage with them, but I declined his kind offer. They put on a great show and afterwards partied on just as hard as before the show. To find out more about this very cool band check them out at: http://en.wikipedia.org/wiki/Fun_Lovin%27_Criminals