Marianne Faithfull has been around a long time. She started as a folk singer in 1964 before she met Andrew Loog Oldham at a Rolling Stones launch party who turned her into a pop star. She went on to become Mick Jagger’s girlfriend in the late 60’s, lived on the streets as a junkie in the 70’s and released the classic album Broken English in 1979. 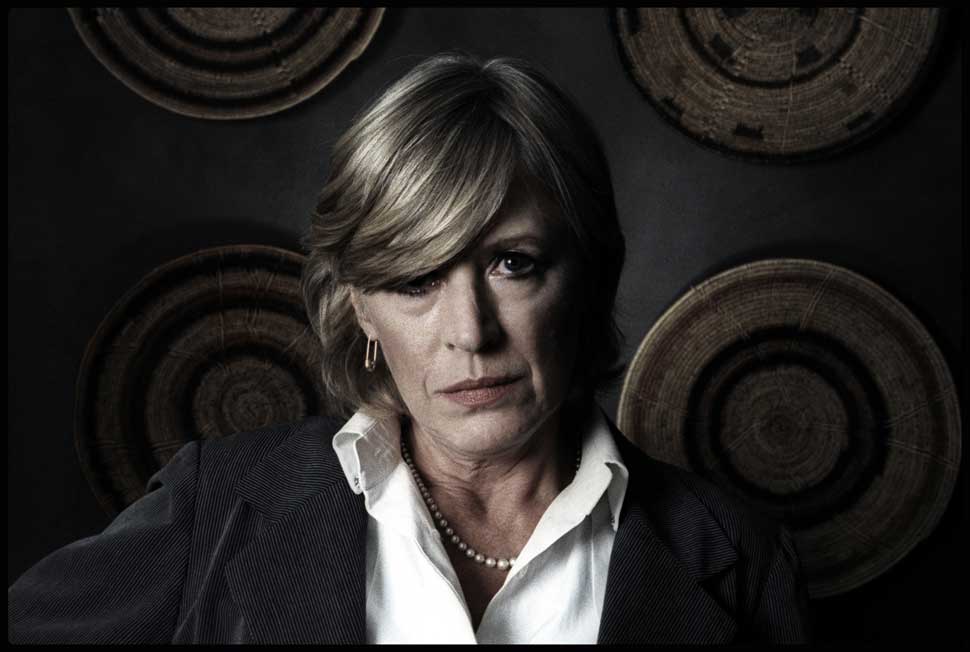 This picture was taken in a hotel room at Bondi Beach in Sydney. I found her to be charming and gracious. She was staying with friends in Bondi and the next day I went around to show her the pictures I’d taken. She was relaxing in a pair of pyjamas but her boyfriend/manager had obviously been hitting the bottle hard as he was completely tanked. I felt sorry for her as it seemed she was very cool but had once again made a bad man choice in her life. To see more about the mighty Marianne check her Wiki entry here: http://en.wikipedia.org/wiki/Marianne_Faithfull

Today I am listening to the seriously twisted ‘Why D’ya Do It’ from Broken English by Marianne Faithfull.