Beasts Of Bourbon: Drink Or Treat?

The Beasts Of Bourbon are genuine rock n roll legends. It doesn’t matter that if you live outside Australia you probably haven’t heard of them. In fact most people within Australia haven’t heard of them either. But like I said, the lack of mainstream awareness makes no difference to the reality of their status. 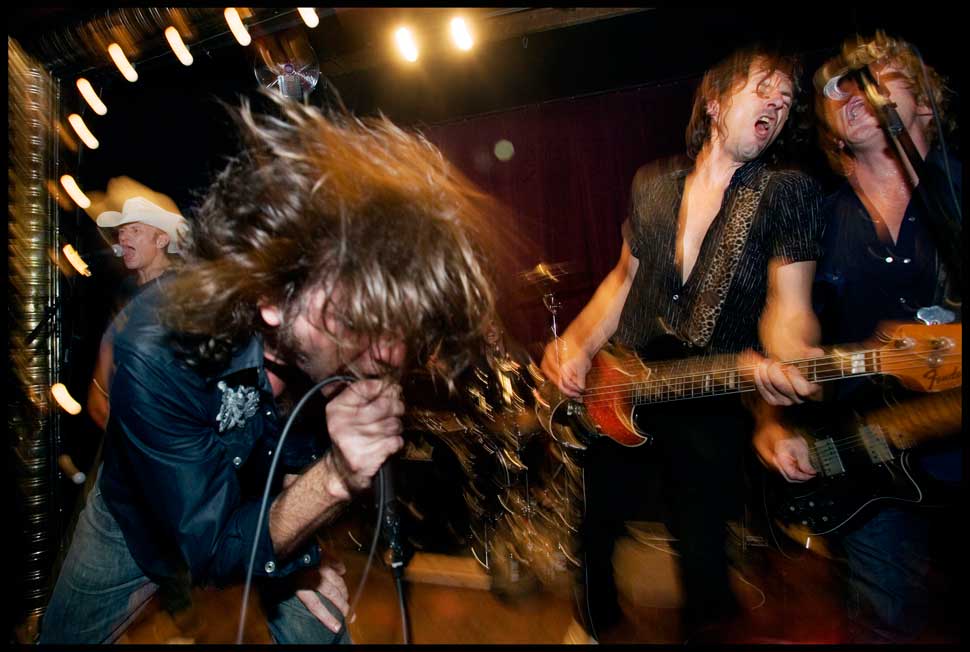 Formed in 1983 by singer Tex Perkins, the Beasts have had a fluctuating line up over the years as most members have had full time gigs with other bands (Hoodoo Gurus/The Divinyls/The Scientists/Kim Salmon & The Surrealists/Lubricated Goat/The Cruel Sea/The Johnnys) and the Beasts have been a side project for them. More than a few members have overdosed, been in jail and had serious drug and/or alcohol habits. Taking their influences from garage, blues and country with a healthy dose of the Stooges on the side, they are the dark and dirty end of an alleyway which has Nick Cave standing in the light at the posh end. They are the most sonically violent band I’ve seen, akin to being smashed over the head with a broken guitar by a drunken punk who wants to dance on your head so he can see the world better.

They’ve broken up numerous times over the years and in 2006 reformed to help bass player Brian Hooper pay his medical bills after he broke his back falling off stage. After playing on the Big Day Out tour, they spent 3 days in Melbourne winter recording and mixing the superb ‘Little Animals’, their first album in almost 10 years. Albert Records, home to AC/DC signed them and released it to universal acclaim. And the Beasts then toured the world to promote it.

This picture was taken in 2007 at the tiny Union Pool in Brooklyn with about 100 people in attendance. I invited a friend of mine, Brett Hammond, to come and see them. He’s an amazing guitarist who’s been playing been professionally for over 25 years. He told me that gig changed his life. He’d never seen anything like it.

Beasts (cowboy hat wearing) guitarist Spencer Jones lost his passport later that night whilst out on a bender somewhere in the bowels of the Lower East Side. The band abandoned him in NYC and he ended up sleeping on my couch whilst he waited for the replacement. Three days later I shovelled him into a taxi for JFK hoping he’d make it home to Melbourne. He did.

In classic Beasts style, the last line of their Wikipedia entry reads: ‘After a show in Berlin in April 2008, the group cancelled their remaining tour dates and ended the band’.

Today I’m listening to the Beasts doing their first single, ‘Psycho’, which came out in 1984. It initially appeared on the album ‘The Axeman’s Jazz’, which they recorded in one afternoon for $100 with producer Tony Cohen.