So, I’ve planned blogs before and even maintained a couple for brief periods of time, but this time the idea is that I am going to post a new picture here every day and probably write some kind of comment to go along with it. 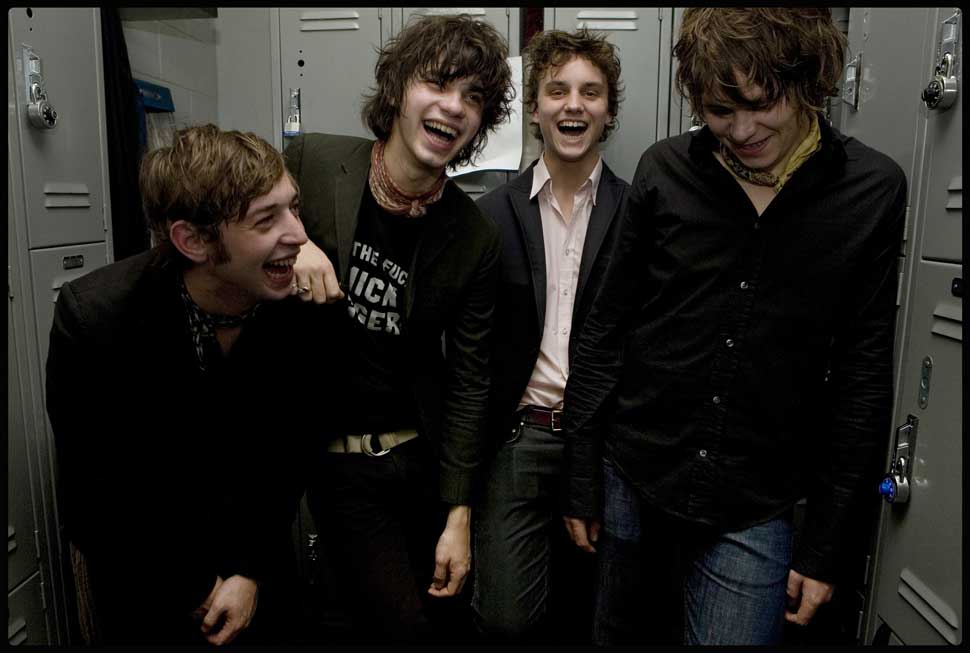 The Shoestrung at BB Kings in NYC © Andrzej Liguz/moreimages.net. Not to be used without permission.

This picture of The Shoestrung was taken last year during CMJ here in NYC. They had just walked off stage at BB Kings where they’d played a blistering set of early 60’s r&b supporting Southside Johnny & The Asbury Jukes. I wandered around looking for a suitable location when I found this staff locker room, so got the boys in there and as they were still high from coming off stage after a great show, they were in a boisterous mood, which this image captures.

The Shoestrung are a London based band who sound like they grew up listening to early 60’s Stones, Animals and Small Faces. The last time I saw a band with this kind of impact was when I saw Jet play their first Sydney show to 30 people, 20 of whom were music industry professionals. If you get a chance, go and see this band. They are destined for greatness. Check them on http://www.myspace.com/theshoestrung